The difference with this game is that there is one player from each team positioned in the middle zone. 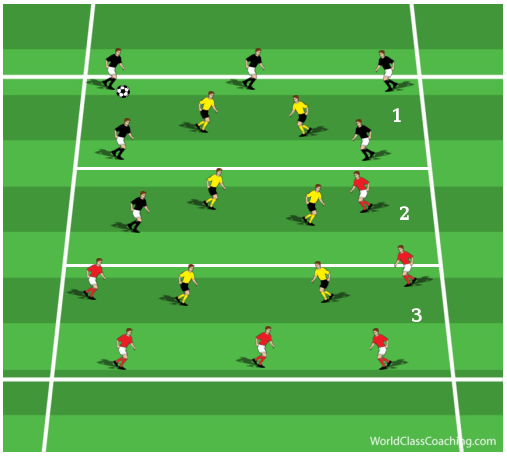 This exercise is played by three teams. Two teams work to possess the ball and one team defends.

The field is divided into three small ones: two areas for the attack and one central zone for the defense.  Fields 1 and 2 have five attackers that stay in their area of the field.

The defense puts two players in field 1 and one player in field 2. Three defenders stay in the central zone and they are allowed to try to intercept the ball during the play. One attacker from each team is positioned in the middle zone.

The attackers work to exchange passes between them trying to maintain possession. They try to complete the number of pass decided on by the coach before make a long pass to the other field. 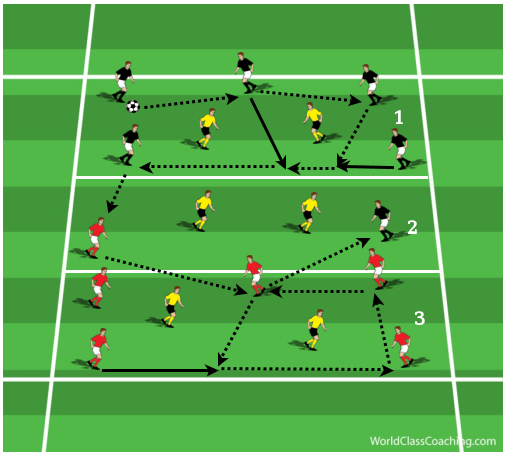 When the players in field 2 exchange the defined number of passes between them they have to return the ball to the field 1, initiating all of the the player rotation again. 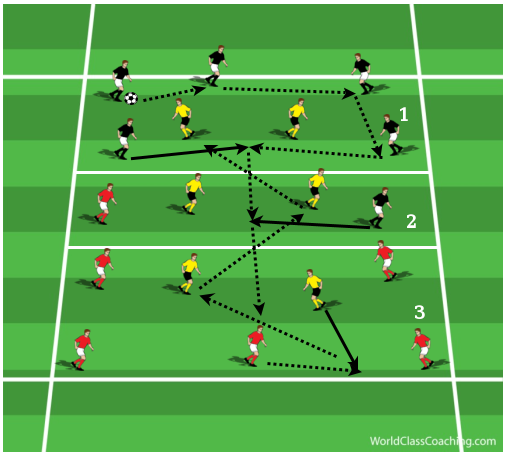 The Defenders try to intercept a pass and keep possession in order to counter attack. If this happens, they have to make a long pass to the opposite field from where the ball was recovered. 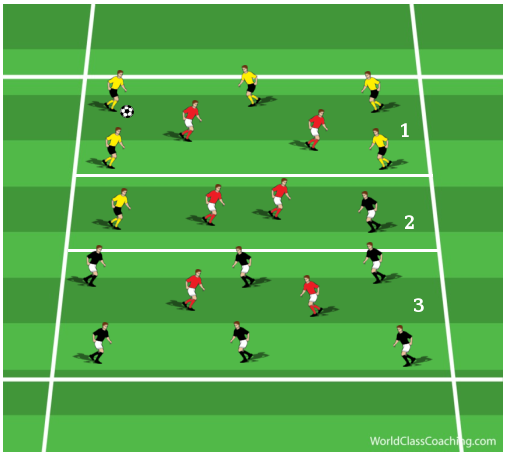 When this long pass is made the teams who are attacking must change fields quickly. The transition in this exercise must be fast in order to take advantage of the defense being disorganized.

The team who lost possession will start defending immediately with three players at the field where the ball is.