This practice is designed to develop players’ capacity to sprint with and without the ball over short distances. The ball work is incorporated in order to link it to football specific context as well as to increase players’ motivation. In addition, players change direction and angles of runs to make it even more realistic. The exercise is ideally working with 12 players (work to rest ratio automatically managed), but it can be adapted to suit team needs.

Organise a square of approximately 8-10 yards in length and width. Place additional cone in the middle of the square. Divide the players into four groups. Each groups’ starting position is on the outside cones. First player from the group has one ball. 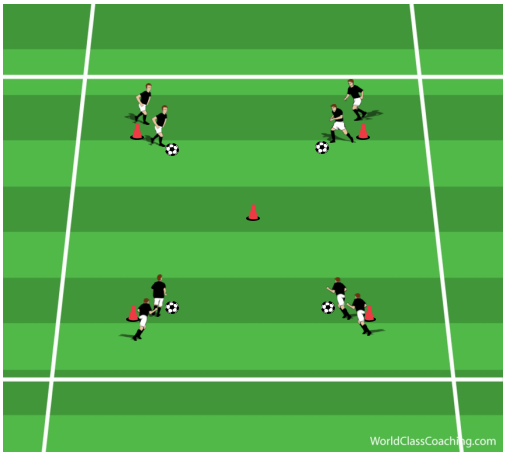 The game starts with first player from each group dribbling to the middle cone. It is important for all the players to start at the same time. The whole practice should be done on 100% intensity. 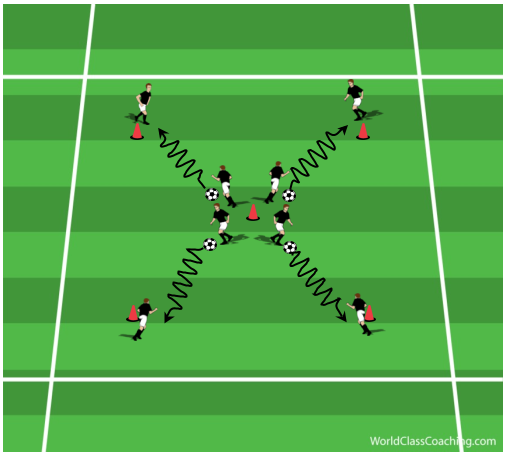 Each of the four players tries to get to the middle cone first. To increase competitiveness, make the whole practice a race. 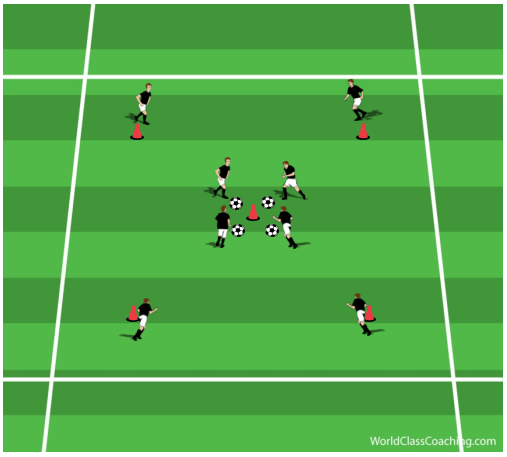 The ball is then stopped by the middle cone, and all of the players sprint backwards to touch the starting cone. Players are not allowed to turn. 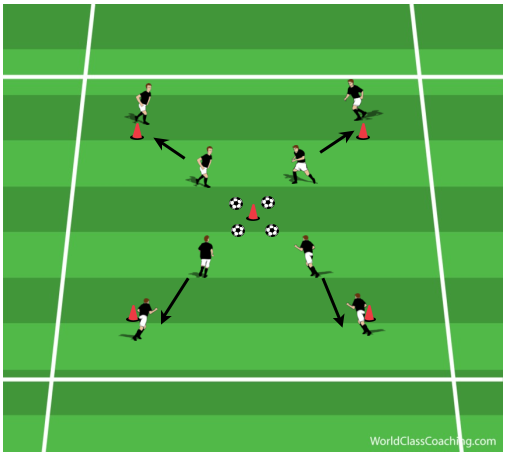 Then, the same player sprints to the ball of a different group (clockwise/anticlockwise). It is crucial to agree a direction before the start of the practice. 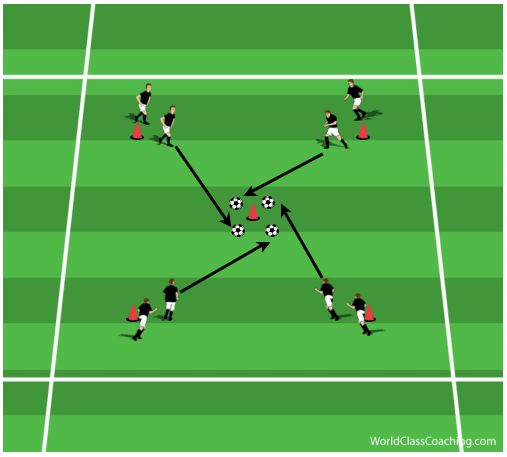 The player then dribbles to the start of the new group and gives the ball to the next player in the group who then starts the practice again. The game continues until everybody had set amount of repetitions.

Every player should repeat the practice 6-10 times in 2-4 series. The resting period between repetitions should be 10 seconds (managed automatically if there are 10-12 players in the group – 2 to 3 on each cone), and between series, 4 minutes.