Attacking and Defending At Close Quarters

This activity works on 1v1 attacking and defending in close quarters, 1st touch, intensity and to see who is willing to get stuck in on tackles. The exercise is done at top-speed, is a quick moving exercise and there is a good deal of contact.

Set-up:
The playing area is 18 x 44 metres (roughly the size of the penalty area). There is a goal on one of the 44 metre end-lines (where the goal would be if you were using an actual penalty area) and two markers should be 18 metres out directly opposite the goalposts (or roughly the location where the half-circle intersects with the top of the penalty area if using an actual penalty area for this activity). Players break into four lines. Two lines are on each post with balls and two lines are at the ‘markers’…or the corners of the “D”…without balls. 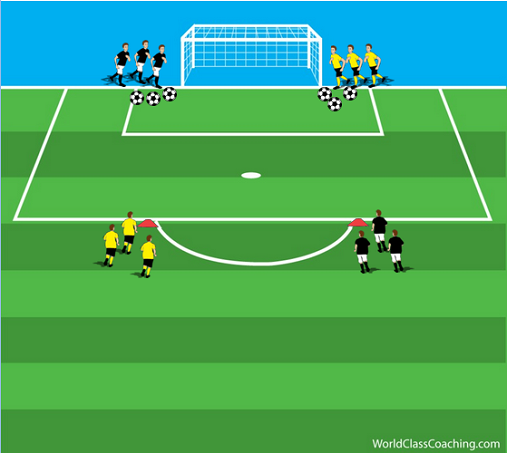 How it Works:
The line besides the goal drives the ball to the first person in the opposite diagonal line and then goes out and defends. 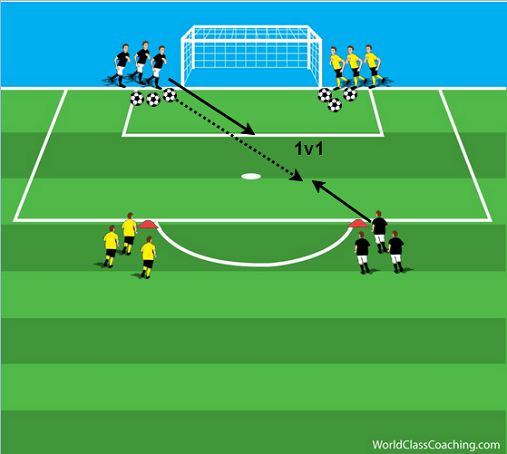 The person receiving the ball goes and meets the ball and attacks 1 vs. 1 to goal. 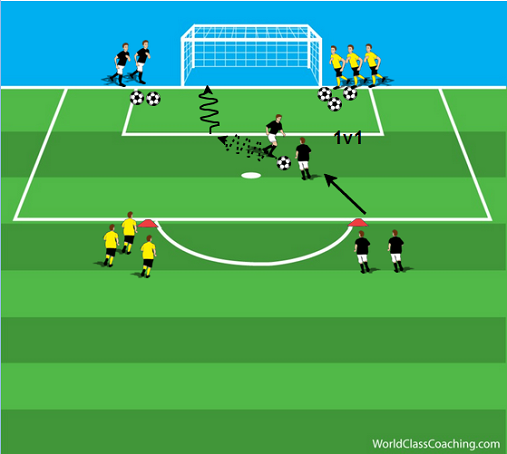 The players switch lines clockwise after they are done. 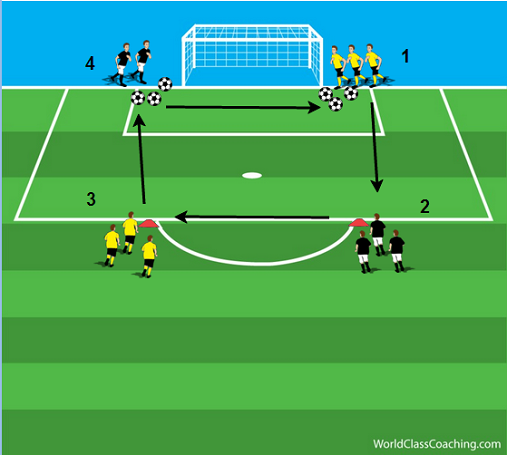 Both lines are doing this BOTH at the same time and there are NO keepers in this activity.