Each state in the U.S. sets their own time for tryouts. In the mid west the date usually falls in June sometime after State Cup has been completed. In Kansas tryout can officially start one week after State Cup is completed.

There are two types of clubs, a truly tiered system where the best players are place on the top team in the club and the next strongest players are put on the second team and so on. The goal of this type of club is to develop players so that they can play at the highest level possible.

The other type of club is a collection of teams that all operate under the same club name and where the same uniforms but the teams hold tryouts for their teams independent of the other teams in the club. With this type of club the players and parents decide which team they want to tryout for. Teams become part of a club like this so that they can enjoy the benefits of a large organization like, club name recognition, uniform buying power as well as practice and game facilities while at the same time maintaining their autonomy to a large degree. 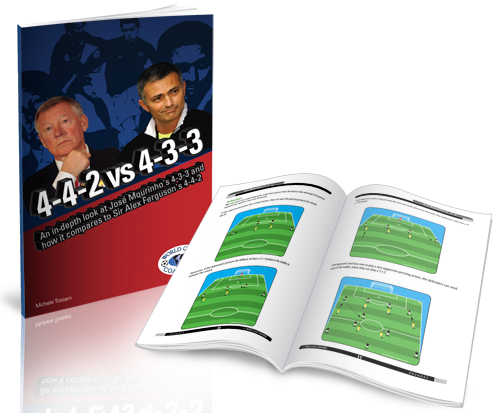 There are benefits and disadvantages to both types of clubs so it ultimately comes down to a personal preference.

The players and their parents choose which coaches, teams and clubs to tryout with for a whole variety of reasons: to play for the top team, to play for the best coach, to join the biggest club or to play with friends from school/neighborhood.

The methods for selecting players to teams usually falls into three general types: full-sided scrimmages, small-sided games, and through training sessions. Some teams will employ more than one of these methods to evaluate players that come to tryout.

Playing full-sided scrimmages allows the coach to see how a players contributes to a team in a game environment. But it can be a difficult way to judge technical ability because each player doesn't perform enough repetitions of any one technique.

Running a training session that focuses a period of time on each of the core skills will give the coach a good understanding of the players current technical ability but using the technique in the isolation of training is different that using it under the pressure of competition.

A middle ground between these two extremes involves the use of small-sided games. If a U13 team usually plays 11v11 then you can set up two 8v8 games. One on each side of a full field. This also allows more players to participate at once.

So it comes down to what aspect of ability you want to evaluate. Is it more important to you that the players your select already have an understanding of the tactics of the game or a base of technical training. The answer to this question will guild the way you structure your tryouts.

How do you organize your tryouts? Is there a unique method that you use that has worked well in the past?