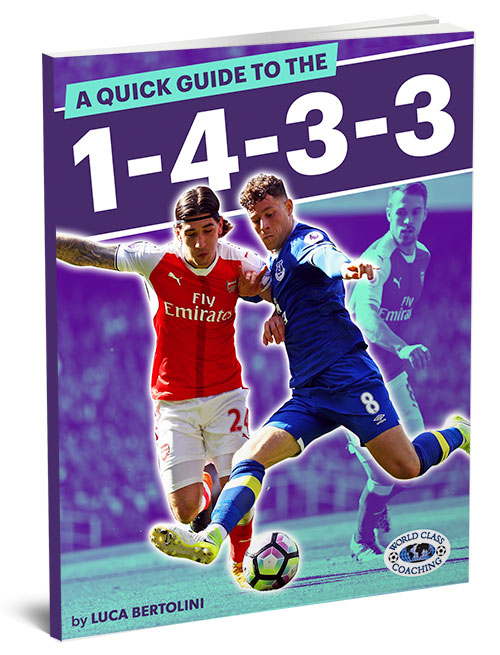 WORLD CLASS COACHING A Quick Guide to the 1-4-3-3 By Luca Bertolini TABLE OF CONTENTS Part Two HOW TO COACH THE 1-4-3-3 DEFENDING DEFENSIVE EXERCISES DEFENSIVE SMALL-SIDED GAMES HOW TO COACH THE 1-4-3-3 DEFENDING Exercise 1: 11 v 11 game Exercise 1: 11 v 11 game Objective: to coach all these defense formations we've discovered during this

WORLD CLASS COACHING A Quick Guide to the 1-4-3-3 By Luca Bertolini TABLE OF CONTENTS Part Three THE ATTACKING PHASE This second part of this e-book is about the transitions to attack and the developments of the attacking moves, starting from the defensive formation shapes. First of all, let's look again at the main all-pervading principles 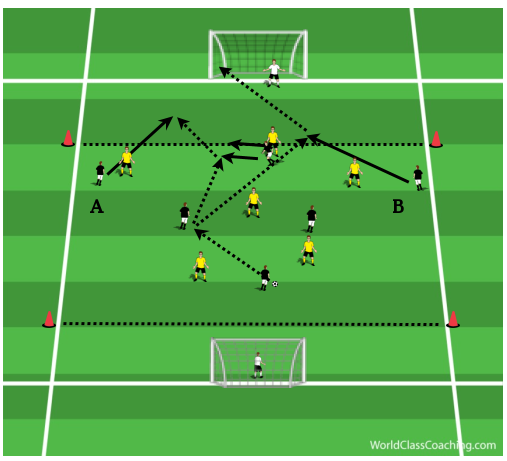 This post is part of the "Tactical Exercises" chapter for our Training Sessions for the 4-3-3 book. 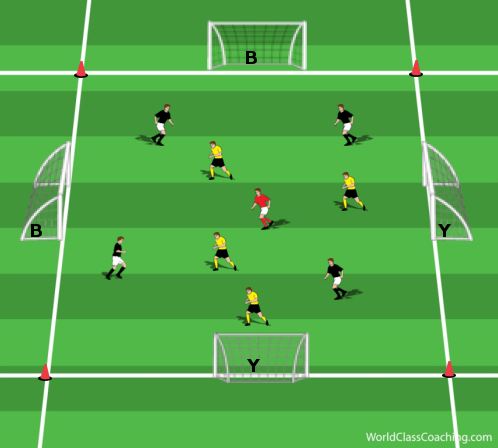 ATTACKING IN THE FINAL THIRD – INTRODUCTION

It’s the part of the game that Barcelona under Pep Guardiola will be forever remembered - Attacking in the final third with some of the best team play, individual quality and finishing we have seen in modern times. Players, coaches and spectators have all enjoyed watching some fantastic football and the success of Barcelona’s play in the final third can be attributed to three key elements:

In this section we will look at how Barca unlock packed defences using their version of the 4-3-3 system. It is worth noting from the outset that those close to the club will always state that the philosophy and vision play a central part in how all Barcelona teams from youth to first team play. However, the first team under Pep Guardiola evolved to accommodate the individual brilliance of players like Messi and Iniesta and the system was adapted to maximise the strengths of these great players. The Barcelona version of the 4-3-3 system may not suit all types of players so coaches should always be aware of the quality, attributes and game understanding of the players they are working with before trying to adapt to this style of play. Indeed Barcelona at times have had issues with world class players like Ibrahimovic, Eto’o and Henry finding it difficult to adapt and fit into a system that is very much geared to getting the best out of exceptional talents like Lionel Messi.

Attacking in the Final Third

Exercise 1: Combination play in and around the box

Objective:
To develop good combinations in and around the box that lead to goal-scoring opportunities in the scoring zone from central positions.

Setup:
In this exercise you need a minimum of 8 players and a goalkeeper attacking a goal (For larger groups duplicate the exercise with another group going towards another goal. Use a penalty box area and have two groups working from either side of the goal. Players positioned on the goal line start the exercise with a ball. Three players are positioned in a triangle at the edge of the box (use markers as a guide for players). One Goalkeeper in the goal: 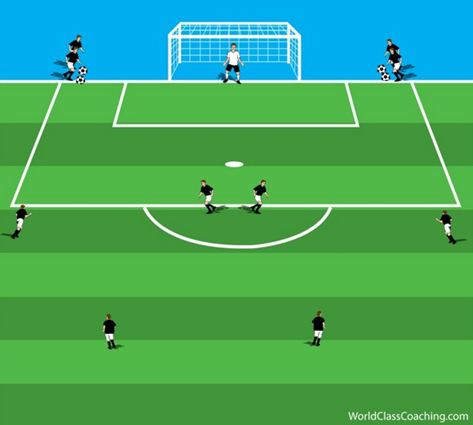 Instructions:
The exercise begins with player A passing the ball to player B. A then moves forward and player B plays a quick combination with A. A then passes to C. C plays a pass to D and makes a

One of our best selling books over the past few years has been the 4-4-2 v 4-3-3. This book takes an in-depth look at two of the greatest managers/coaches in today's game...Sir Alex Ferguson and Jose Mourhino. Both have incredible records, yet both have their teams play with a different style and formation. Ferguson opts for the 4-4-2 and Mourhinho with the 4-3-3. The argument as to who is better or what formation is better is too contentious for any book to answer. But what this special book, 4-4-2 vs 4-3-3, does do is to analysis in-depth the differing formations, strategies and tactics used by the two managers.

Through assessing the key players, the way in which the team adapted to new signings and how both managers adjusted their team's play to get

We are really excited about our new book, A Coach's Guide to the 4-3-3. Check out the introduction and a sample excerpt below. The Brazilian National Team under Aymoré Moreira in 1962 was one of the first top tier teams to use the 4-3-3 formation. It was a variation from the 4-2-4 previously employed by the Brazilians. Subsequently other great teams have made