The tactical reason to play with one or two holding midfielders is not restricted only to the midfield structure but also how the rest of the team is positioned during both the attacking and defending phases of the game. If for example we play with a 1-4-4-2 system of play with a flat midfield and have a pure defensive midfielder and another who is more offensive – say a trequartista or an attacking midfielder – we might end with a huge gap in midfield between the two players.

To counter such as problem many teams employ a three player midfield, or at least it becomes a three player midfield during the course of the game. Playing with three in midfield gives the team more options during the build-up as well as better cover and protection in front of the backline. It is as such very important that this zone should be well-organised in both the attacking and defensive phases of the game.

The setup of these players in midfield in commonly referred to as the midfield triangle. The midfield trio are the so called engine of the team as their positioning is imperative for the structure and performance of the rest of the team. How these players are positioned and what role they play during the game is directly linked with the holistic soccer abilities they possess. By holistic we mean every aspect of the game, that being physical, technical, tactical, social and mental. These domains cannot be separated as they all affect each other. Therefore when playing with a midfield triangle we have to be sure that the players with the correct profiles form part of this sector. Otherwise it would be better to play with two central midfielders, than three with one of them playing in alien position.

Communication is a vital ingredient to have between the three midfield players. This applies especially to non-verbal communication. The players’ need to understand each other’s movements well in order to be effective and to also retain balance in this crucial zone. Regarding other abilities, the central defensive midfielder needs to have a good vision of the game, a strong character, leadership skills and a high level of passing technique. He should also be competent in the 1v1 and is strong to challenge for the ball. The other two midfielders need to have a high level of stamina, good passing skills especially in tight situations and a good vision of the game to identify clearly when and how they need to insert into the attack or form a lop sided triangle (to create passing options) to help in protecting the ball to find ways to play in verticality.

When playing with one defensive midfielder (with the midfield triangle pointing backwards), we will have various advantages such as more forward passing options (figure 1), natural formation of triangles formed with the central defenders, and also have a dedicated player who can mark the opponent who drops between the lines. 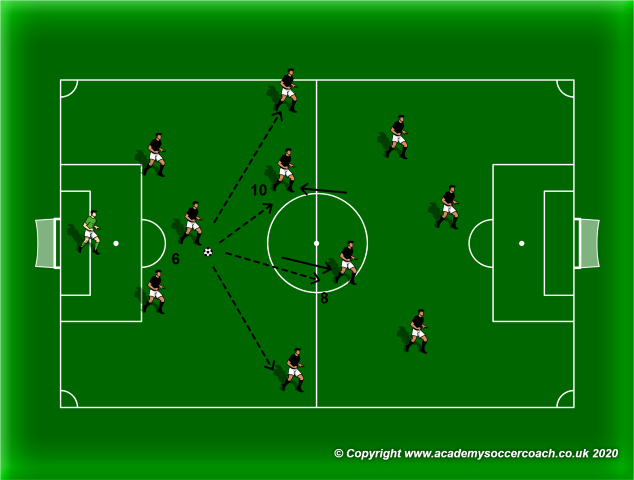 Figure 1 – With one defensive midfielder the team has more forward playing options as the other midfielder is in front of the ball. Also note how dynamic the midfield is with midfielder 8 who pushes forward while midfielder 10 drops. This is known as the compass movement and is used to unlock spaces.

The weaknesses of having only one defensive midfielder is that the team lacks cover in front of the back line. What we can do is to drop another midfielder, or even all three of them to have better control and coverage. This will then require that one of the forwards drop in the number 10’s position to mark the opposition’s deep lying playmaker.

Should we prefer playing with two central defensive midfielders we give our central defenders more protection and even more playing options when building out from the back by creating more passing angles. This advantage is typically seen in the first stage of the build-up (the low build-up) where we can create numerical superiority to play past the first wave of pressure. If however our two central defensive midfielders are fixed, we end up with less options to play forward. The most effective midfield triangles are those that are dynamic and adapt their shape according to the necessities of the situations.

Having two central defensive midfielders enables us to mark players between the lines more effectively by cutting off passing lanes towards the inside and intercept passes. A downside to this might be that upon winning the ball the opponents will press us as we will have less players forward who provide options to play the ball out of pressure. 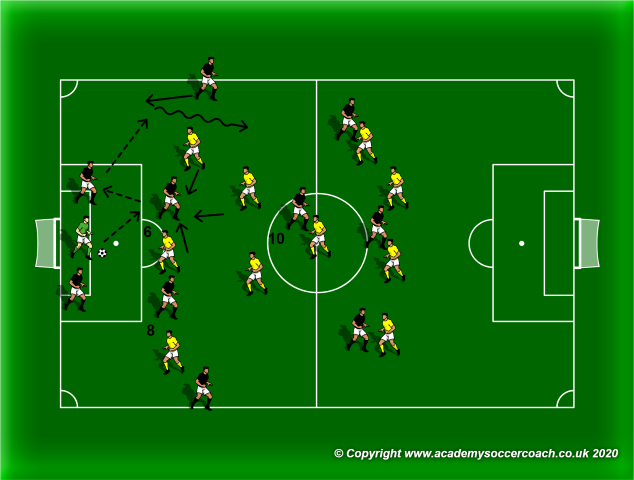 Figure 2 – Outnumbering the opponents with two central defensive midfielders in the first stage of the build-up. However, operating like this against systems operating only one forward or defending deep, we will be wasting players when they can be used to create options in front of the ball. 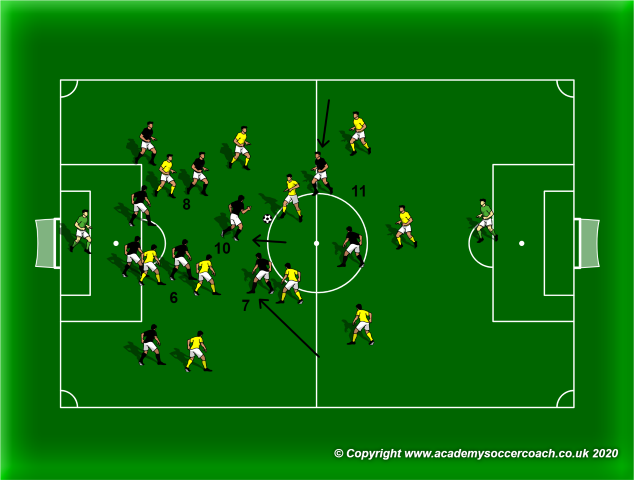 Figure 3 – A dynamic midfield triangle with a high level of communication between the three members as well as the rest of the team. The midfield triangle drops to cover the back line while the forward line adjusts itself with winger 7 moving inside to mark the opposition’s deep-lying playmaker and the opposite winger moves towards the inside channel to create a numerical overload.

The midfield triangle requires players who master, anticipate, and lead the team. These are the players who form part of the team’s main engine. For them to work more effectively they need to understand each other well through high level communication and team coordination.