Speed Off the Mark and Finishing

Set up and directions
Divide players into two groups and organise them as on the diagram below. One group of players should be placed on the cone in front of the goal, second group of players, on the cone situated on the side of the penalty box. This exercise, ideally needs to be done with 4-6 players and a goalkeeper. That is why, it is suitable for small group training. However, if two independent goals are used, this practice can be also suitable for bigger groups. 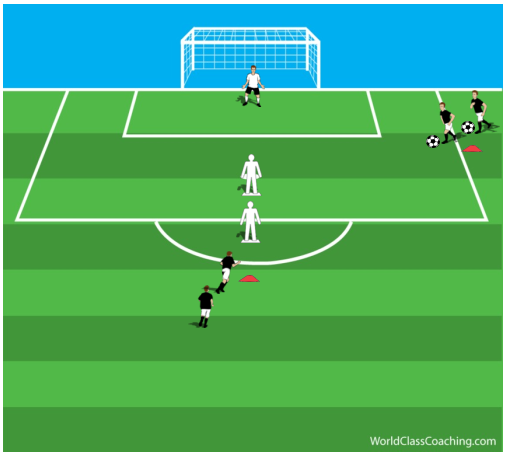 First player from the attacking group makes a quick slalom between two mannequins. Shape and direction of runs can be varied, however, it should last no longer than 2-3 sec. 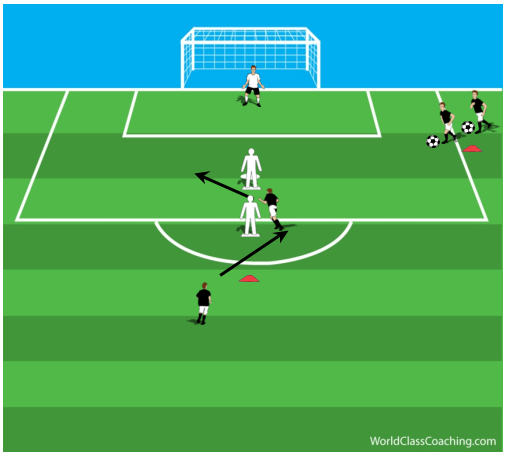 After the run is made, player from the second group delivers a cross. The aim of the attacking player is to score a goal. Delivery can be both ground or aerial. If wide player is not capable of delivering accurate ball, he can use his hands to do so. 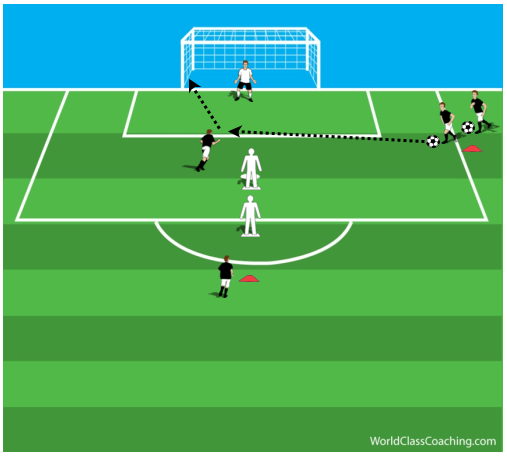 To make the exercise harder, include additional defender in the penalty box. The aim of the defending player could be to pass the ball into ex. target area. 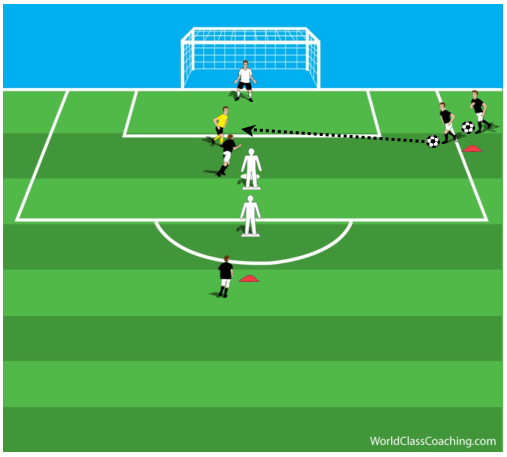 It is also possible to vary starting position of the defender. As we can see on the diagram below, attacking player can be challenged to win a running duel and then score a goal. That will enhance speed of the execution. 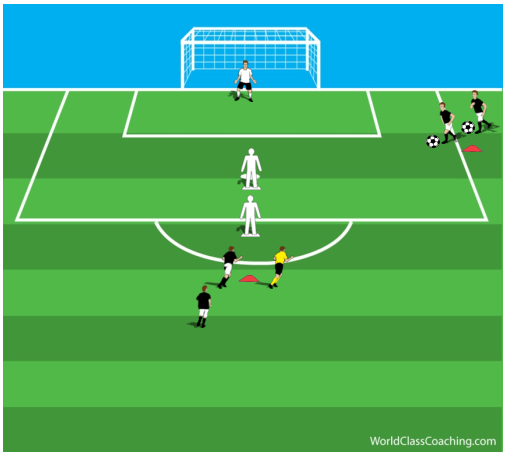 Timing:
Each repetition should last approximately 4 seconds with 10 seconds rest in between. The practice should be done in 2-4 sets with 4 min. break after each set.