Whilst the game adapts and changes the number one job of a keeper remains keeping the ball out of the net. This session works good footwork and great shot stopping technique.

Starting the keepers just in front of the goal line & server just behind the penalty spot, the keeper must run forwards a couple of paces and the server drop volleys the ball into the chest area of the keeper who makes the save. 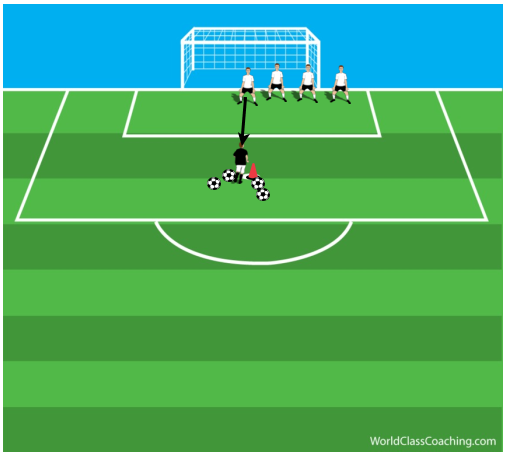 Once the keepers have had a few goes at upright saves move on to diving saves. Focus on keeping hold of the ball.

In a 7yrds by 7yrds triangle, one keeper in the middle and one server on each line. The servers take it in turn to strike the ball at the keeper. The keeper must make the stop and then distribute the ball back to the server and then rotate. Repeat until the keeper has faced 6 shots. 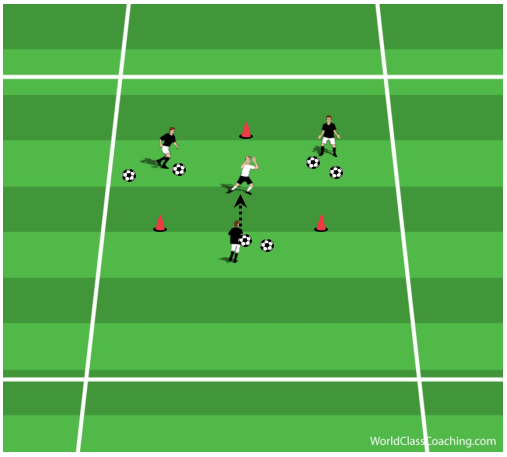 This can be made harder by the coach calling names of the server, the keeper must then turn to face them and make the save.

Each half has one attacking player and two defensive players.
The game starts with a keeper who either rolls or passes out to a player in their defensive half. Those players must play between them until the opportunity presents itself to shoot from their own half or pass to the striker who must finish with limited touches (depending on quality).

I would finish with 'an all' in SSG up to 5 a side to allow for plenty of shots. If there are not enough shots I would limit to one or two touch finishes to increase opportunities.