This practice develops the ability to repeatedly produce high speed and power actions throughout the game. Relating to the context of the game, it might be used in a counter-attack scenario or when defending outnumbered. Simple set up and organisation makes it easy to adapt as well as manage regardless of the group size and ability level. On the top of that, players find this practice competitive and motivating.

Organise an area of approximately 25x35 yards. Place two gates (3 yards width) on both ends of the area. Divide the team into two groups and further divide both groups into three smaller groups. There are three starting positions on each side of the area, between and next to the goals. The middle starting position is for defenders, while the two in the corners are for attackers. Each defender should have a ball. 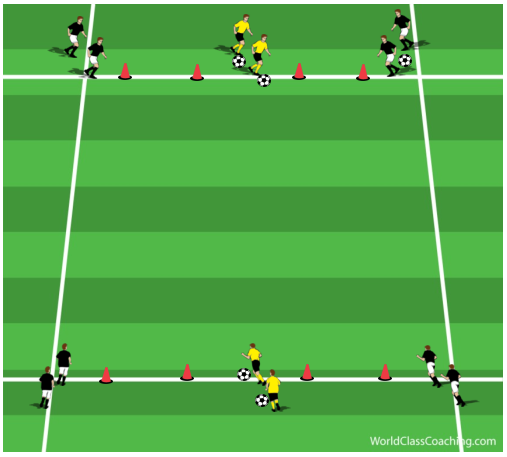 Defender plays the ball into one of the opposite side attackers to start the practice. Defenders take turns (both sides) to pass the ball in. 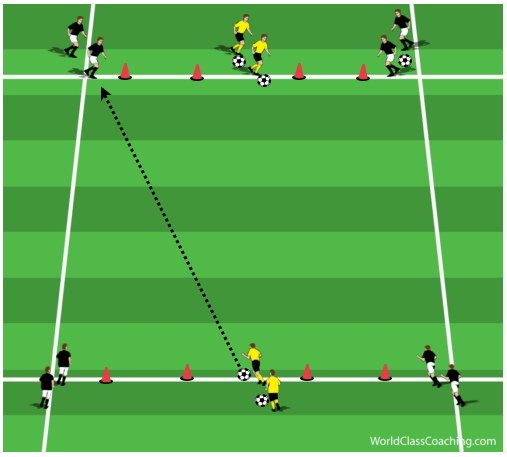 Straight after the pass is played, the defender follows the ball and tries to pressurise/delay the attackers and prevent them from going forwards. 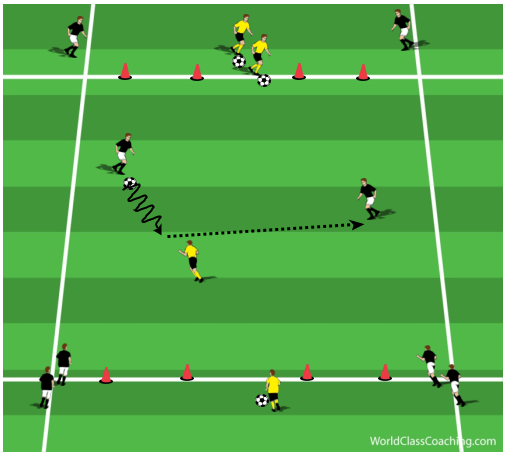 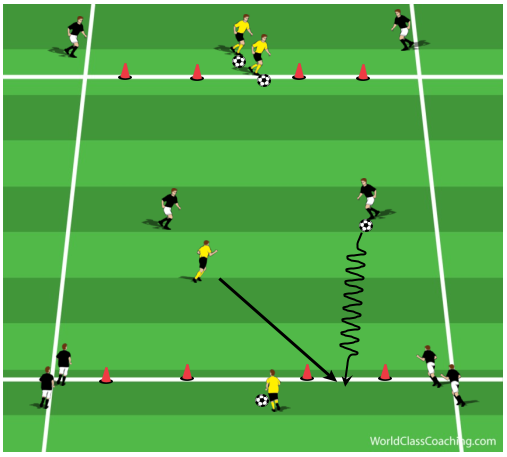 Every player should have 4-6 repetitions done in 1-2 series. The rest between repetitions is 1 minute and between series – 4 minutes.