Patrice Evra holds the blame for Liverpool’s late winner this weekend in the FA Cup 4th round. Evra has made some poor defensive mistakes recently, this weekend cost Manchester United a place in the 5th round of the FA Cup.

Below, I’ve outlined his key movements during Liverpool’s second goal.

Evra’s starting position is really poor. With minutes remaining in the game he needs to be more compact. 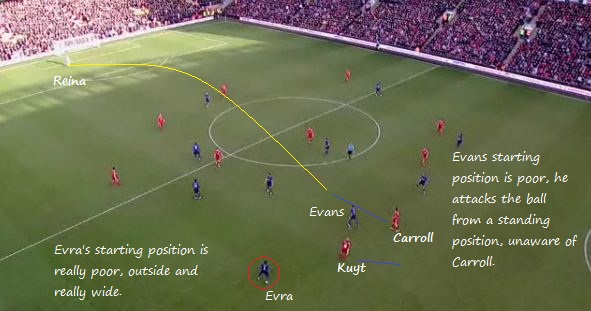 Carroll wins the header and sets up Kuyt. Smalling fails to recover and Evra’s recovery is too late. 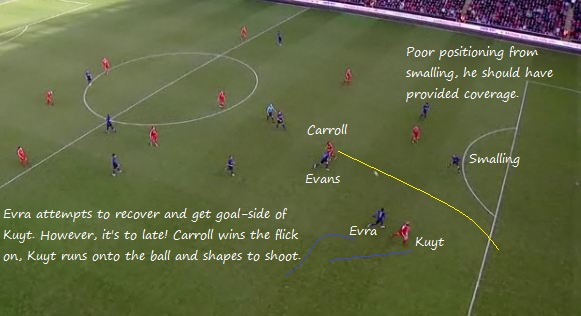 If Evra tackles Kuyt, it could result in a penalty or a sending off.  Kuyt manages to finish and win for Liverpool. 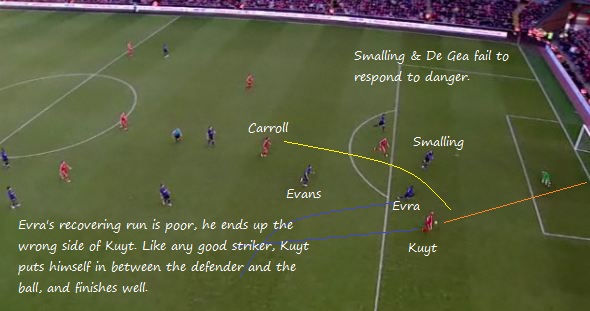 Evra – Out of Position (Another Example vs Newcastle)

Here is a good example of poor positioning from Evra. Here, Ameobi wins the flick on, Evra doesn’t remain compact, and Ba scores to take Newcastle into the lead. 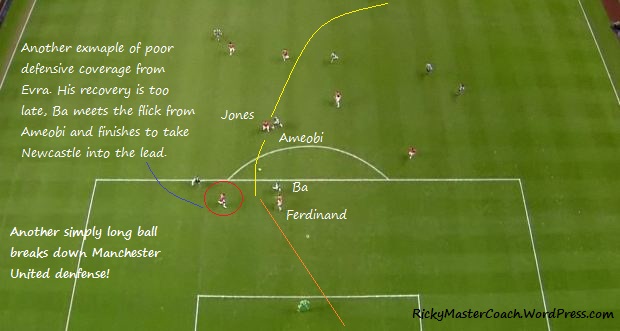 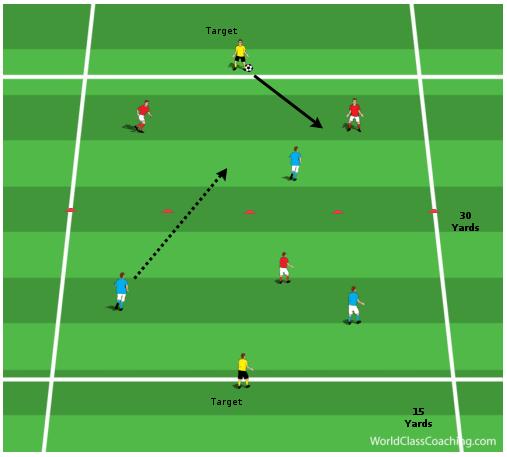 Session Outline
The team is split into 2v1’s, in a small 15v15 grid. Each grid has a target player; the game will always start with a pass from the target player.