Aim: Use the scoop technique to save shots close to the body.

Outcomes:
1. Feet shoulder-width apart.
2. Stay behind the ball’s trajectory.
3. Eyes fixed on the ball.
4. Be light with the weight on the balls of the feet.
5. Arms and hands close with the palms together and opened towards the ball to scoop it up.
6. Rotate the body towards the ball.
7. Scoop the ball up without dropping the knee.
8. Clutch the ball to the chest and lean forward to secure it. 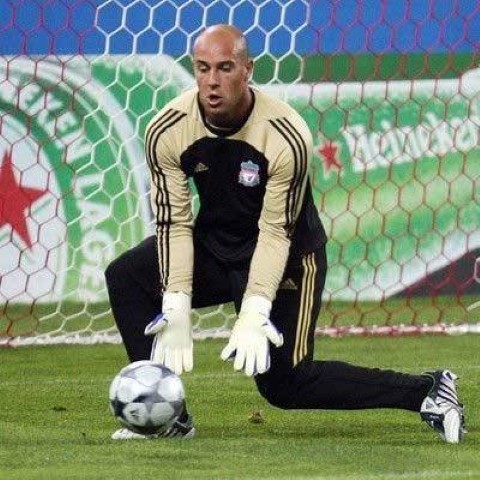 The scoop technique is used to save shots that are close to the body. 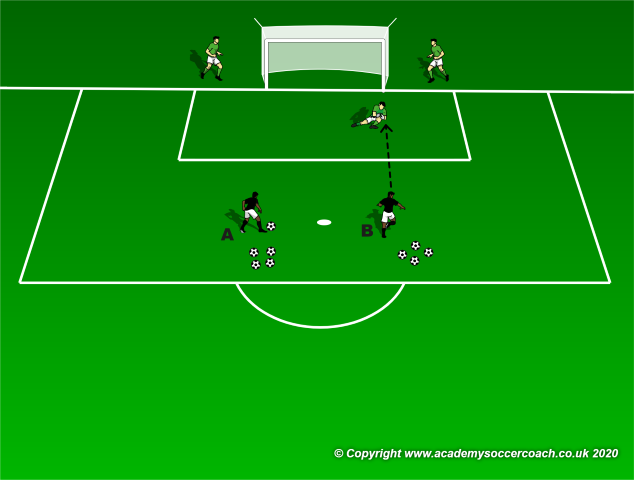 Preparation: Two servers A and B (who could be the goalkeeper coach, assistant coaches, and other goalkeepers waiting for their turn and even injured players) positioned in line with each corner of the goal and approximately ten yards away. Each server has a supply of balls.

Description: The two servers kick low driven shots for the goalkeeper to save. The shots must be aimed close to the goalkeeper. After making a save, the goalkeeper quickly gets up into the ready stance to make the next save from the other server. The goalkeeper makes six consecutive saves, alternating between the two servers and then rests for one and a half minutes to two minutes before taking on the next set of shots.

Progressions:
1. The servers get closer to each other and they figure out the order of the shots. Therefore, the goalkeeper will never know from whom the shot will arrive.
2. As in progression one but the waiting goalkeepers are positioned in front of the goalkeeper in goal to distract his/her vision. 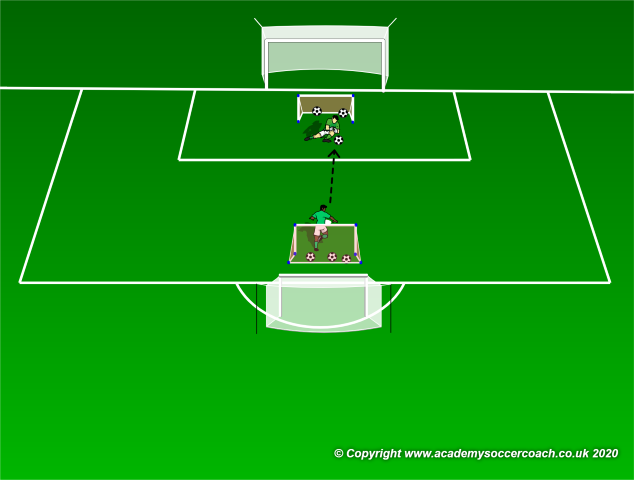 Preparation: Two mini goals are positioned ten yards apart and facing each other in front of regular goalposts so that the goalkeepers are orientated as they would normally be in a regular match. A number of balls are positioned in each mini goal.

Description: The goalkeepers kick the ball in an attempt to score in the opponent’s goal. They compete who of them can score the most goals in the mini goals in a pre-set amount of time.

Progression: The goalkeepers protect two mini goals positioned close to each other while trying to score on the opposite goal. 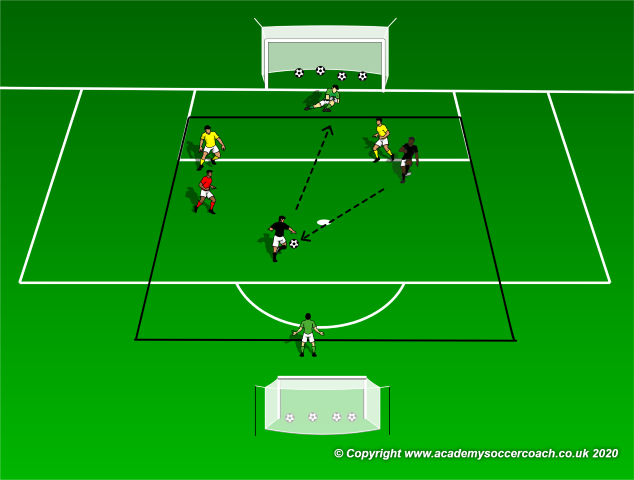 Preparation: Mark an area measuring 20 yards by 15 yards. Two teams each composed of a goalkeeper and two players plus a neutral player who plays for the team in possession take part. Teams have their goalkeeper positioned at their assigned end line.

Description: Both teams aim to score by passing the ball hard on the ground to the goalkeeper on the opposite line who must catch and protect it using the scoop technique. The goalkeepers also help their team to keep possession of the ball by passing it.

Progression: Make the area narrower (approximately 10 yards) and play a normal game (with shots on goal) where both teams are assigned to protect a goal and attack the opposite.