Running with The Ball Practice to Improve Endurance

From a conditioning perspective, this practice is focused on improving players’ capacity to sustain the quantity of actions throughout the match. Therefore, as an outcome, players will be less fatigued and able to cover bigger distances. In terms of the technical area, this exercise focuses on running with the ball technique and decision making whether to run with the ball or dribble.

Organise two cones on each side of the square as shown on the diagram below. Set a 4x4 yards square in the middle of the area. Divide the team into 4 groups of 3. Two players should start on one cone and the third player on the opposite side. First player (one the cone where are 2 players) should start with the ball. 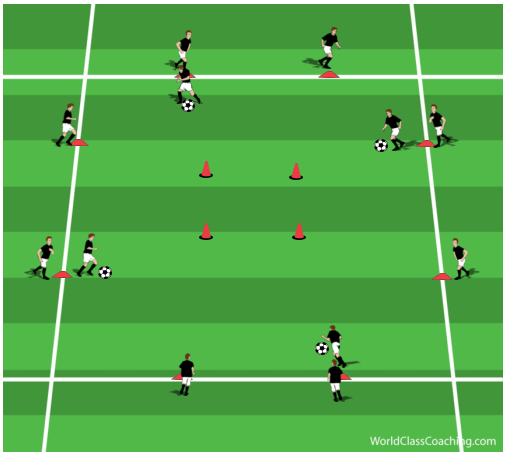 The exercise starts with a player run with the ball and pass the ball to the player on the opposite side (and takes his place). There will be an interference in the middle area what will create a problem to solve whether to take big or small touches. 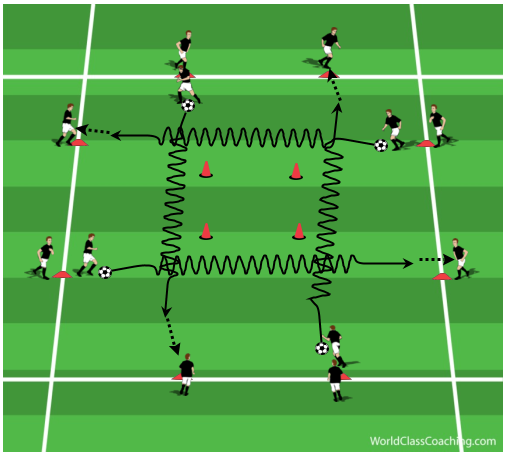 As a progression, players have to run with the ball into the middle square. That will further challenge their decisions on whether to dribble or run with the ball. Also a competitive element can be added (first player to the square wins). 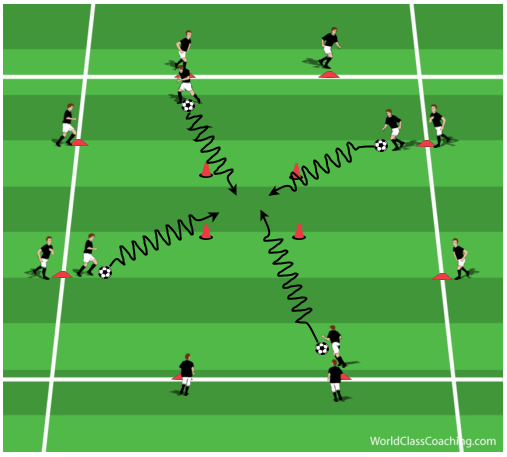 After getting to the middle square, players then pass the ball to their partner on the opposite end. Another modification can be added by asking players to pass the ball to a different group (clockwise/anticlockwise direction). 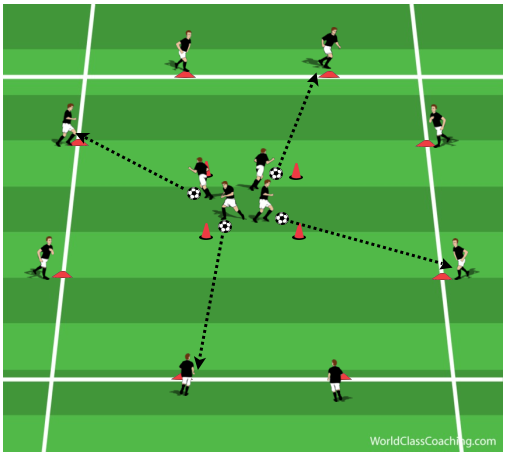