This game creates a 2 v 1 offensive situation with a possibility of a counter attack for the defending player.

The attackers  defend two small soccer goals while the defender works to defend a goal with a goalkeeper. 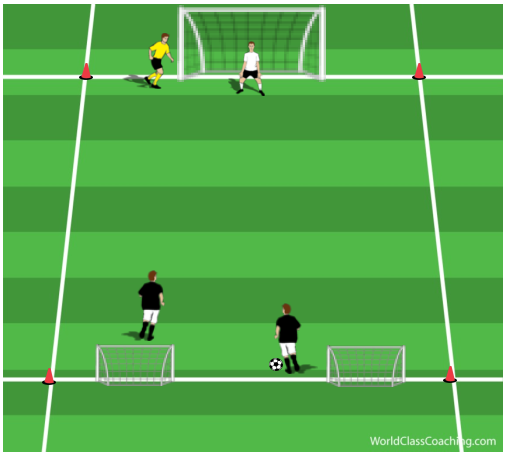 The defender starts positioned next to the goalkeeper in the goal.
One attacker has a ball while the other is positioned in the space to the side of the first attacker.

At the coach's command, the defender moves toward the first attacker to close down the ball while the Attackers exchange passes between them trying to organize the attack. 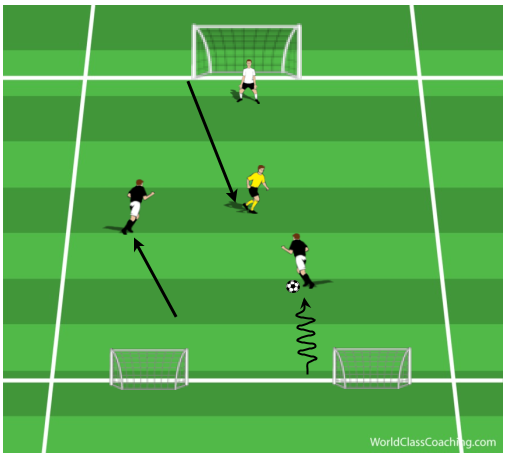 The defender moves to stop the ball and prevent a shot while also being aware of the second attacker's position.

This 2 v 1 offensive situation is a great opportunity to complete a quick give-and-go if the defender over commits. 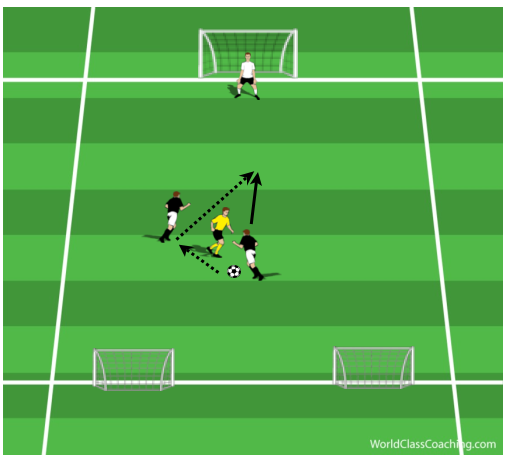 If the defender intercepts the ball he can counter attack one of the two small soccer goal.