Welcome to the FineSoccer Drills Newsletter. Today’s featured activity works on getting to goal quickly.

There is a big emphasis these days on possession, working the ball out of the back and having a big build up. This activity works on the exact opposite, it’s about getting to goal quickly.

Start with a small sided field (in this case we will go with 70 x 50 with full size goals and keepers in each goal). This will be a 5 v 5 game. 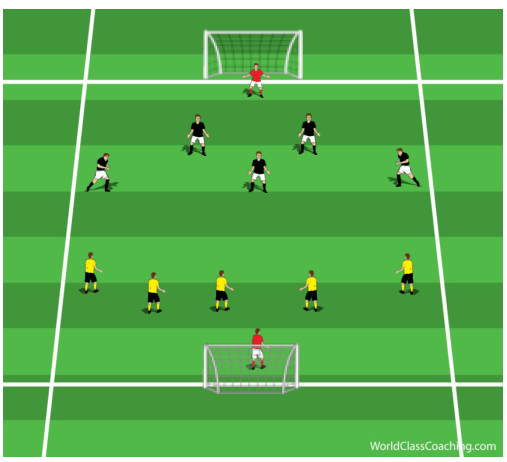 Instead of mandating the number of passes before the team can go to goal, this game is the exact opposite, we have a maximum number of touches a team can have and if they exceed that number, they lose possession of the ball.

You might want to start with a 9 touch maximum rule. If the keeper starts with the ball and plays the ball to a player out wide, that counts as 1 touch. 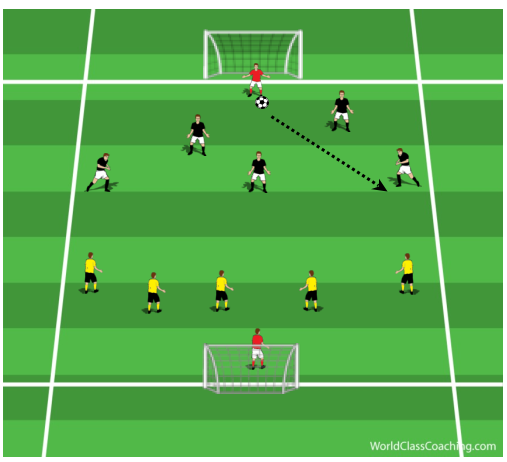 If the player receiving the ball takes three touches and the passes the ball to his teammate, they are now at 5 touches. 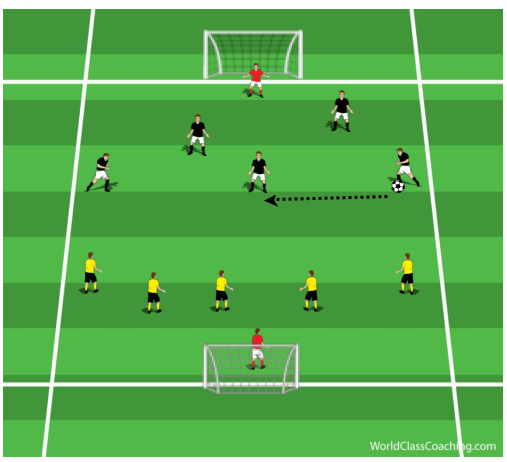 The team now only has 4 more touches to get their shot hit. If the player with the ball takes three touches in place then his only option is to shoot on the fourth touch. 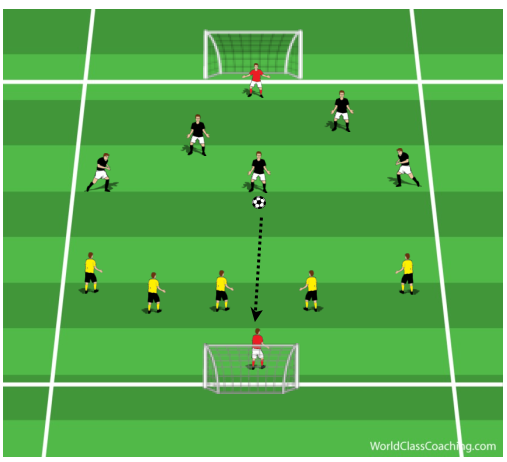 If a team takes 9 touches and haven’t hit a shot, they must leave the ball and let the other team take possession.

Nine touches might seem like too little but when players start looking at getting to goal quickly and finding shooting opportunities they will find that they can frequently get to goal in less touches. When this happens, change the maximum number of touches from 9 to 7 and be willing to go as low as 5 touch maximum.

The emphasis here is to look to get to goal quickly and not waste unnecessary touches.