The multiple ball game focuses on developing repeated sprint ability in a high intensity game related practice. The rules and organisation of the exercise create a number of overload and underload situations what then forces players to develop their transition phase skills. It is also highly motivating and engaging due to competitive nature of this practice.

Set up a pitch of approximately 30x40 yards. Divide the team into two groups of four competing against each other. Organise one goalkeeper in each goal. Place one ball on each cone marking the area. In addition to that, prepare one ball to play with.

The practice starts as a traditional 5v5 small sided game. However, if the ball goes out of play, the player who passed/shot has to go and chase it, while at the same time, the opposition team can use any of the 6 other balls to attack with. 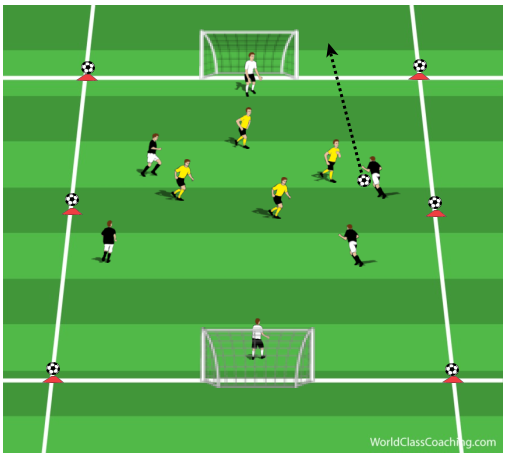 Communication and speed of action of the opposition when making transition to attack is crucial. That will create overload situation until the player who went to get the previous ball back comes back to play. 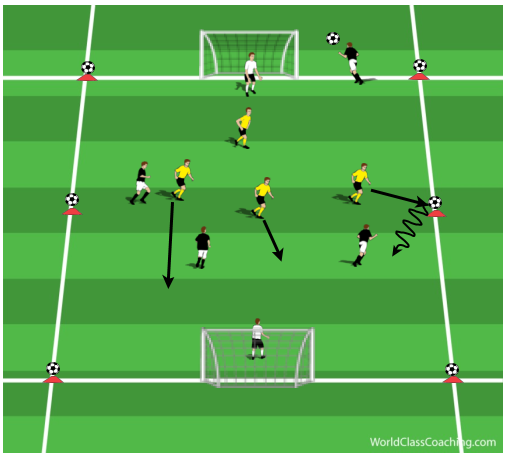 The previous ball should be placed at the same cone from which the next one was taken. Then, the player who brought the ball back joins the game. The game continues for the set amount of time. It is important to rotate positions among outfield players. 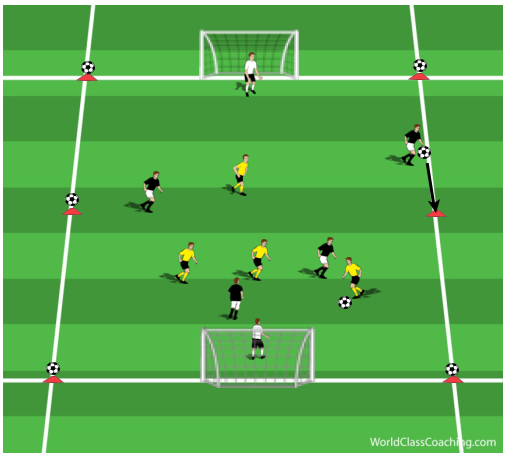 Timing
Each game should last 2-4 mins (ensures most of the players will get 6-10 sprinting repetitions) and be repeated 2-4 times with 4 mins break in between.