Welcome to the Goalkeeping Newsletter. Today’s topic deals with protecting the posts on corner kicks.

When watching many professional teams defending corner kicks we see one, or both, posts left unprotected. Without looking at the data but rather using general observation, it also seems there are a lot more goals being scored on corner kicks. One might say this is because of better services, better attacking players etc. but I have a hard time believing this isn’t partly due to lack of players on the posts.

My suggestion, especially at the youth level, is to have a player on each post.

It’s not good enough to just have a player on each post, they also need to know how to position themselves.

Too often I see players on posts with their entire bodies facing the corner. 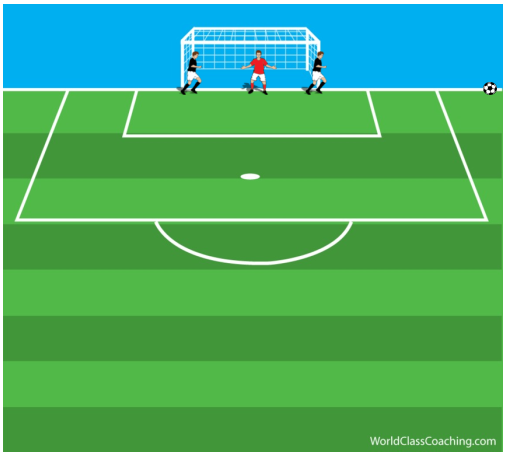 There are a couple of problems with the players lining up this way. The first one is the player at the near post tends to block the view of the keeper from seeing the ball. It’s one thing for an opponent to do this (if it happens, the keeper has to learn to deal with it) but something else entirely for a teammate to intentionally do this. The other thing is it’s vital that the players on the posts know their primary purpose. Their primary purpose is to protect the goal (aka ‘make the goal smaller’). The best way to reinforce this is to have the keeper start in a position to do this exact job. Both feet should be on the goal line with the shoulder touching the post. 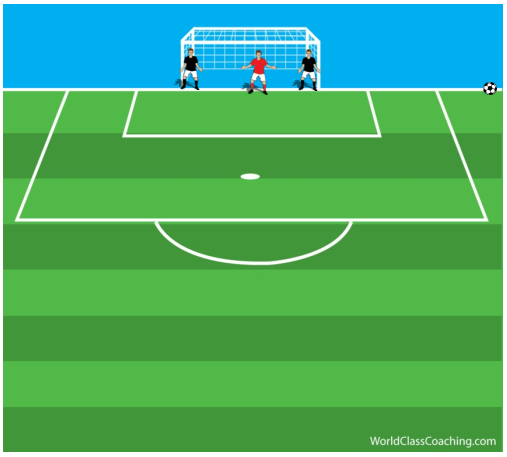 By lining up this way there is no doubt the players primary purpose.

The next thing is to understand when this player should move vs when he should stay where he is.

As a general rule, the players on the post should only move for one of two situations.

1. If the player knows (not thinks but KNOWS) he can win the ball, then he should go win the ball.
2. The player should move when the keeper tells him to.

A person might wonder why I’m writing about the players on the posts when this is supposed to be about goalkeeping but the reality is if the players on the post aren’t doing the right things, ultimately it affects the keeper. If the keeper isn’t going to be held accountable on corner kicks then the keeper must be given the power (and knowledge) to direct his players in these situations.

The keeper MUST be in charge in these situations and the first step in putting them in charge is to educate them on what everyone should be doing.

This is yet another example that where the saying “you have to be crazy to be a keeper” is false, the keeper has to be the leader and must know everyone elses responsibilities and be able to direct them, when needed.