It is important for all the players to be on the same page. Both attacking and defending requires teamwork and that means every single player has to be on the same page. In this activity, we put the players under pressure from all sides and if they don’t play well as a unit, chances are, they’re going to be letting in quite a few in the game. The exercise is about playing your responsibility and staying on top of things. REMEMBER: the FIRST pass is of the utmost importance!

Set-up: The playing area is 30 x 20 meters, divided into two halves of 15 x 20 meters. One ball is used. There are three teams of three players each. 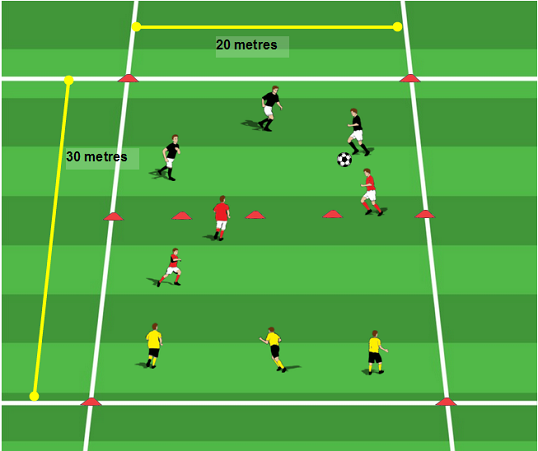 How it Works: The game begins with one team (Red) standing in the middle while the other two teams (Black and Yellow) stand at opposite ends of the playing area. The ball is given randomly to one of the outer teams, say Black. The objective is for the team in possession to pass the ball amongst themselves before passing it across to the other team, Yellow, in this case. 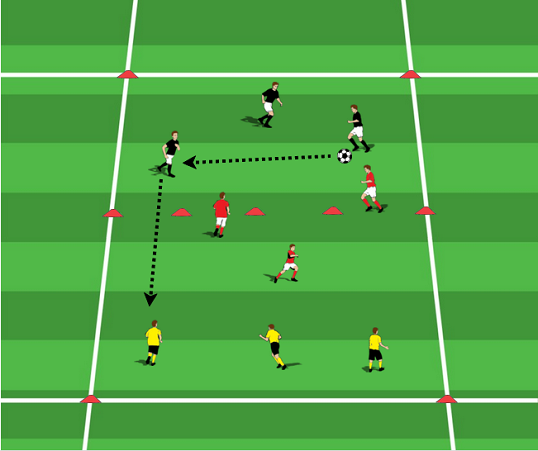 Team Red has to try and stop the ball from reaching Team Yellow, either by intercepting the pass or by tackling a player in possession and winning the ball. If Team Red wins the ball, they need to dribble/pass it beyond the boundary of either Black or Yellow’s side. 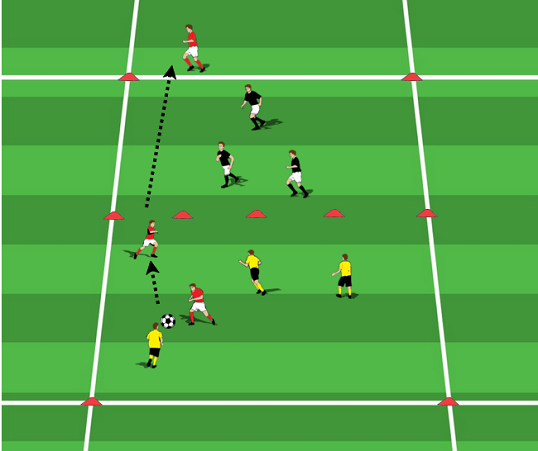 The Team in possession has to pass the ball, inside the area, a minimum of 5 times before they can switch the ball to the other team.

After a specific time period, switch player roles with adequate rest-ratio interrupting consecutive sessions of play.
Progression: The “Attacking” team or the team in possession must pass with their first-touch or increase the minimum number of passes a team must make before they can pass it over to the other side.

Circulating the Ball Across the Back Line