Question - I only have my players for two training sessions a week, so I have to do the fitness work in the regular training sessions.  Do you have any good drills where I can teach technique and even tactics while getting some conditioning work in?

The below practices can aid in helping the coach combining conditioning with technical and tactical work. 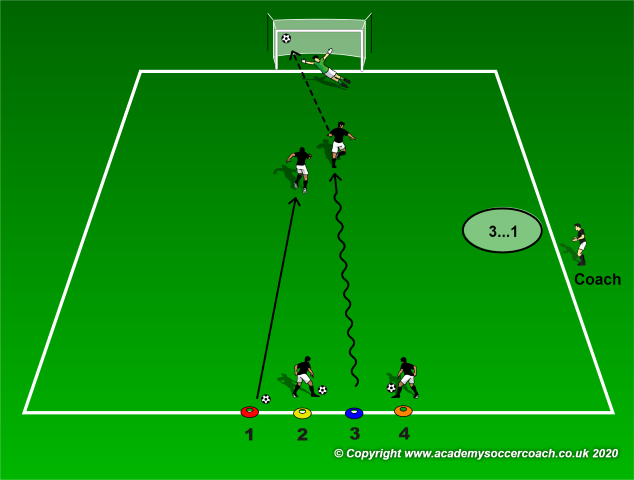 Variation: Coach shows two colours instead of calling out the numbers.

Practice 9: 3v3 on two goals with no goalkeepers. 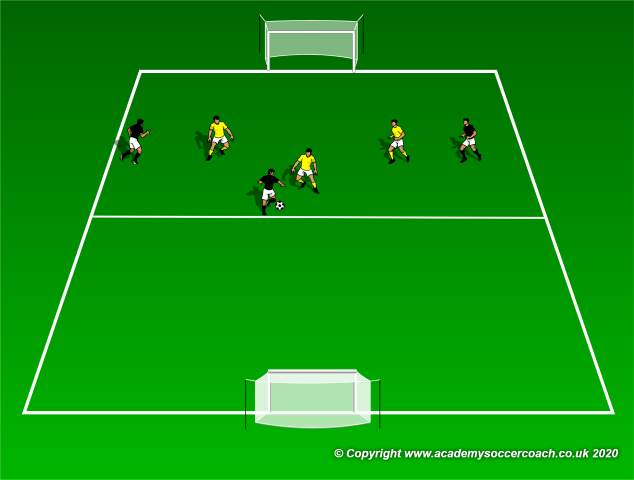 Training volume: 4 to 6 series where each serie is two minutes in duration. Two minutes of rest are to be allowed between series.

Description: Two teams of three players each. No goalkeepers take part in this game. Teams are only allowed to score from inside the opponents’ defending half. To keep the intensity high, whenever the ball goes out of play or a goal is score, the coach immediately puts another ball in play.

Conditioning Outcomes:
1. Perform a high frequency of soccer actions.
2. Keep the quality of these actions. 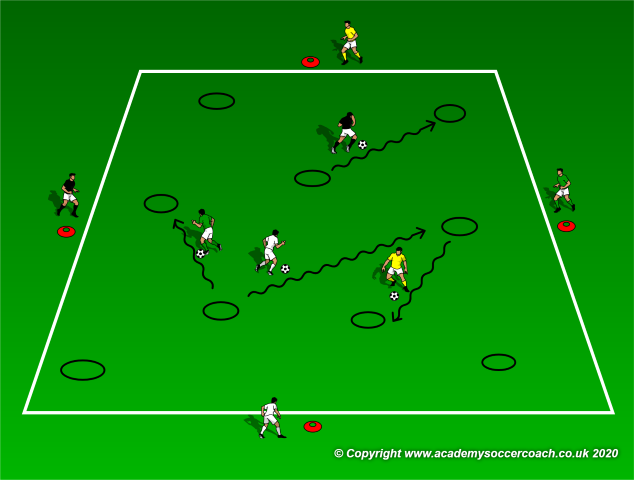 Conditioning aim: To perform a high number of quality dribbles.

Training volume: 6 to 8 series of one minute each with one minute recovery in between.

Variation: Perform the practice as a relay between team members where each team has three players. Play for two minutes instead of one.

Conditioning Outcomes:
1. Perform a high number of dribbles.
2. Keep the quality of these dribbles.