Question – Do you have exercises where I can train “Visual Perception” where the players will be better at scanning the area? 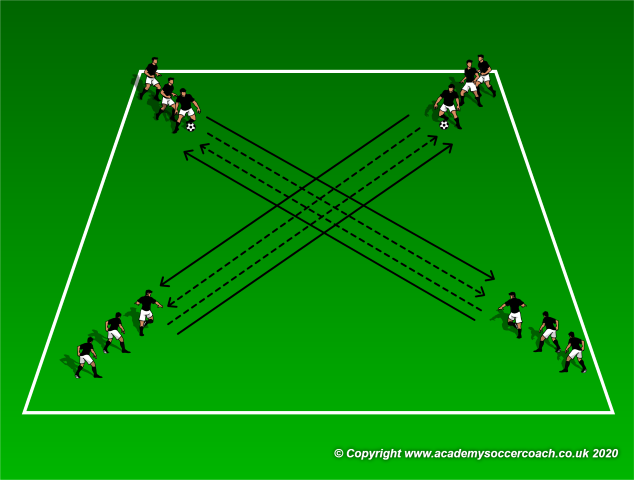 Area: A square with sides measuring from 12 to 15 yards. For higher levels of ability make it 12 yards square while with lower levels use 15 yards length for each side.
Load: 3 to 5 series of between 2 to 4 minutes each. Rest half the amount worked between series. For example if the players work for two minutes they rest for one.
Players: Two or three players grouped at each corner.

Description: The players pass the ball to the player in the group across them. After passing the ball the players follow their pass. In the process the players must ensure of not hitting anyone with the ball and not to bump into each other when crossing to the opposite side.

Progression: Have two balls at each group. From one side the players pass the ball while from the opposite diagonal corner the players dribble with the ball back. 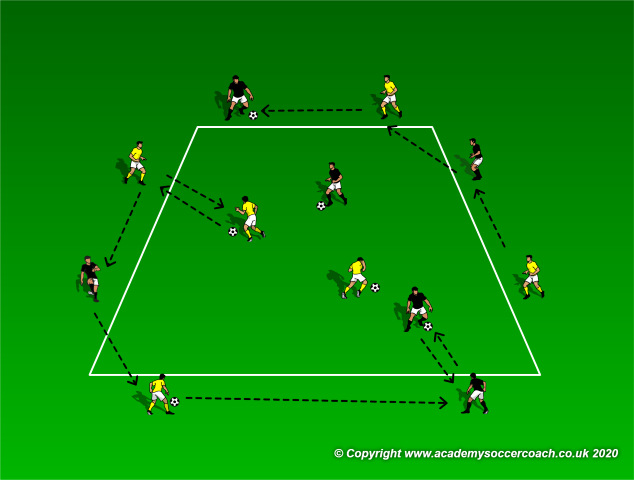 Area: 15 yards by 12 yards.
Load: 3 to 6 series from 1 minute to 1 minute and 30 seconds in duration. Rest between 30 to 40 seconds between series.
Players: Six players in each group with two players inside and four positioned around the perimeter.

Description: Two balls will be passed along the perimeter in the same direction. The two inside players from each group have a ball and must find a player from their group on the perimeter who is free to play a double pass with.

Progression: The coach calls if to perform a double pass with a player of the same color (team) or with the opposite group.

Coaching points:
Awareness of space and look for players who can receive the ball.
Communication: verbal and non-verbal.
Quality of passes: weight and direction. 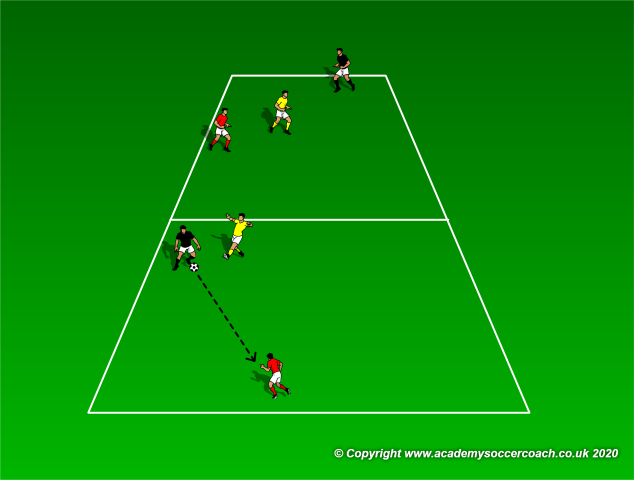 Area: Two squares adjacent squares each measuring 10 yards by 10 yards.
Load: 8 to 10 series of one minute each with 30 to 40 seconds rest in between.
Players: Three groups of two players each. Each group has a player in each square.

Description: In one of the two squares two players play 2v1 against the third player. The ball may be played into the opposite square whenever the situation is on. If the defender wins the ball he switches roles with the attacker responsible for losing the ball. 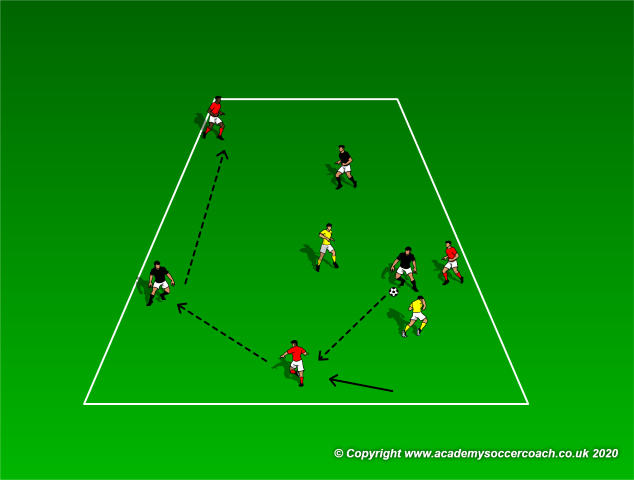 Area: 15 yards x 12 yards.
Load: 4 to 6 series of 1 minute each with 30 seconds of rest in between.
Players: Two attacking teams of three players each. The attacking teams wear different colours from each other (black and red in the above diagram). Two players as defenders. The defenders are changed after every series. 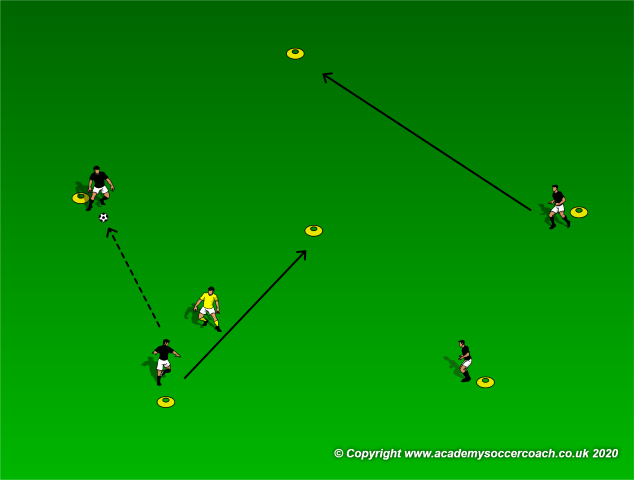 Area: 12 yards x 12 yards.
Load: 8 to 10 series of 30 seconds each with a rest of 30 seconds in between.
Players: The attacking team (blacks) are positioned at different markers. A defender starts inside the area. 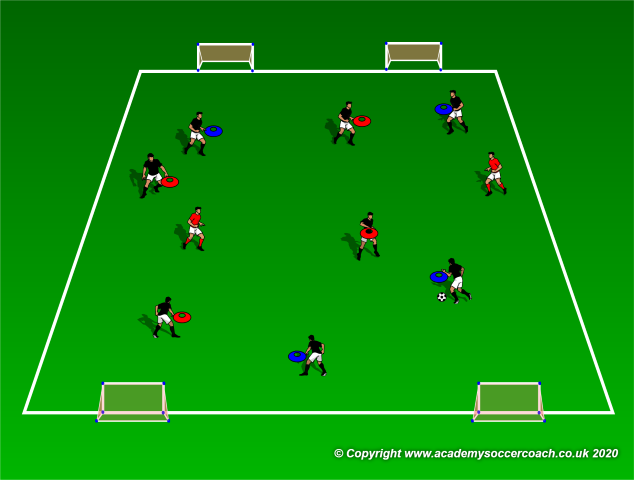 Area: 40 yards x 12m.
Load: 8 to 10 series of 30 seconds each with a rest of 30 seconds in between.
Players: Two teams of four players each and two neutrals. The neutrals wear a different colored bib while both teams wear the same color. However, the players carry a marker or a bib in their hand which corresponds to the color of their team.

Description: A game where each team defends two mini goals situated on the same goal line and attacks the opposite two. The players must continuously scan the area to identify their teammates and opponents. The two neutral players play with the team in possession.

Progression: Play 4v4 or 5v5 with no neutral players.

Coaching points:
Width, length and depth in attack.
Off-the-ball movement to open up passing lanes.
Distances and angles between players.