This modification of a small sided game is aimed at improving endurance capacity and power. However it also challenges players to make short duration high intensity busts in a counter attack scenario. From a tactical perspective, it focuses on transition to attack. Relatively big space and the middle zone challenge players to run with the ball. This practice ideally works with three players on each team but also can be adapted to suit the numbers!

Organise a pitch of approximately 35x45 yards. Divide the area into three thirds with the middle one being the smallest one (up to 10 yards width). Divide the team into three groups, set goalkeepers into goals. The game starts with two teams playing on one goal using one third of the pitch. The neutral team’s starting position is on the opposite side of the playing area. 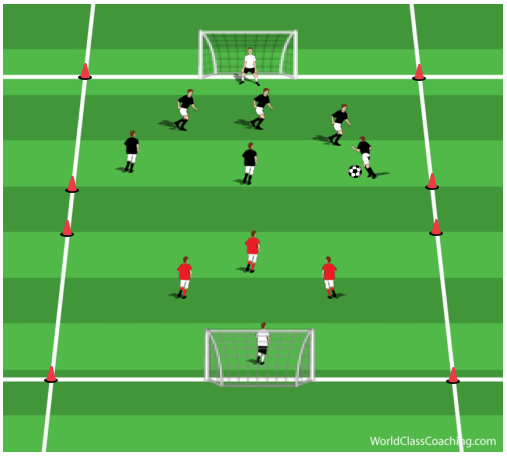 The aim of the attacking team is to score. If the defending team wins the ball, they make quick transition and attack against the third, neutral team. The team that was previously attacking stays on the same third of the pitch. 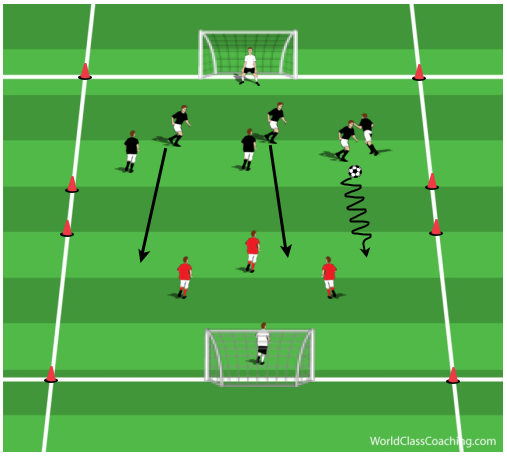 The middle area is only used in transitions. Defending team is not allowed in that zone. Time limit can be set for each attack to achieve transitions more often. 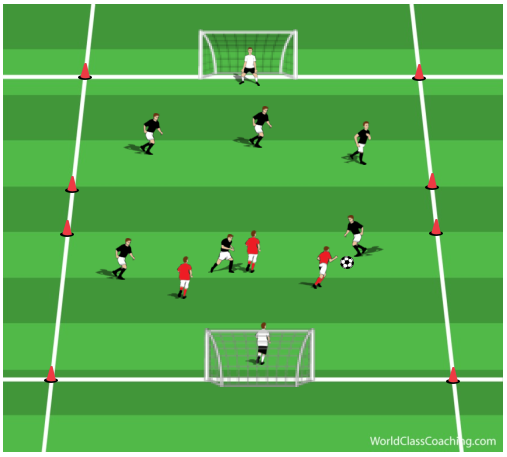 If the attacking team scores, the transition is still made with the neutral team attacking the opposite goal. If the ball goes out of the area, the game is resumed from the goalkeeper. 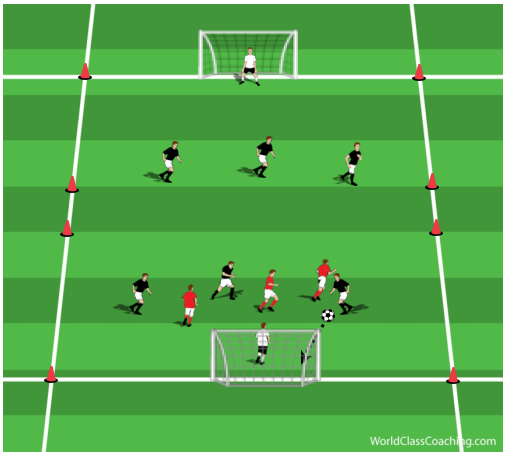 The game should be played 4-8 minutes and be repeated 4-6 times. The rest between repetitions should last 2 minutes.