This game is played with three teams of six players. It can be played with fewer players on each team or using a neutral player if number divisible by three are not available. 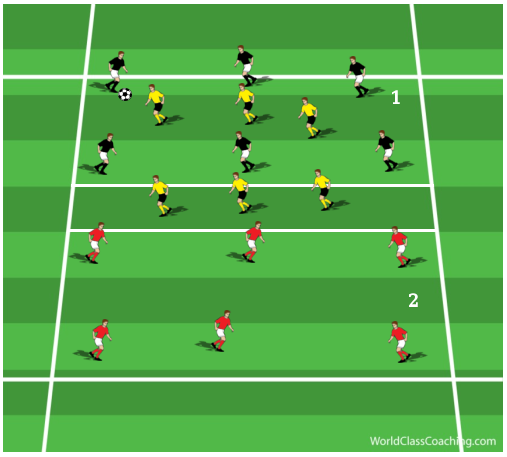 Two teams work to keep possession and one team defends.

The field is divided in three small ones: two fields for the attacking teams and one central zone for the defense.
Each field has six attackers that must stay in their area. The defense send three players into one field to try and win the ball while the others are waiting in the central zone.

The attackers have to exchange passes between them trying to maintain possession. They have to complete a certain number of passes before make a long pass to the other field. 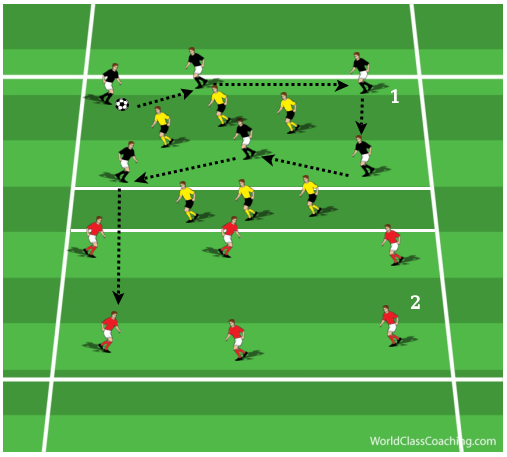 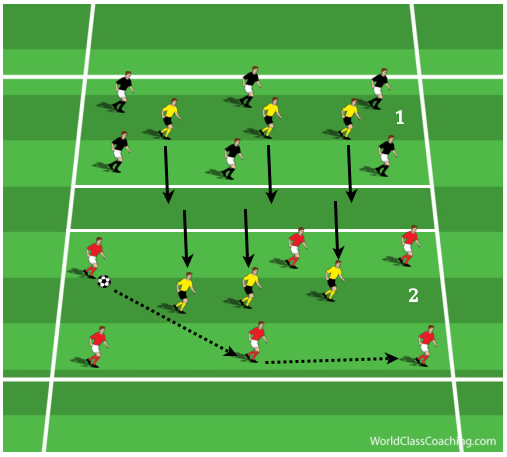 The Defenders must try to intercept the pass and keep the ball in order to counter attack. If this happens, they have to make a long pass to the opposite field from where the ball was recovered. 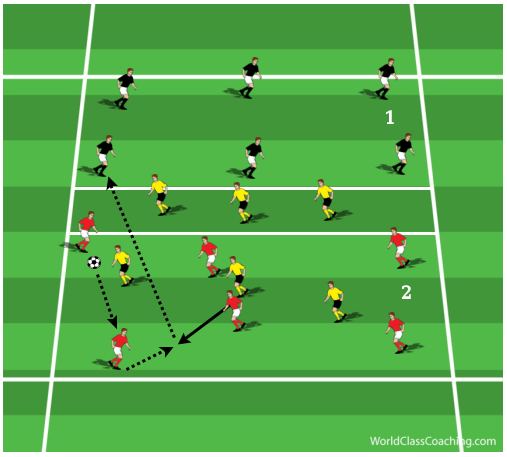 The team who lost possession will start defending immediately with three players on the field where the ball is.
The transitions in this exercise must be fast, in order take advantage of imbalances in the attack. 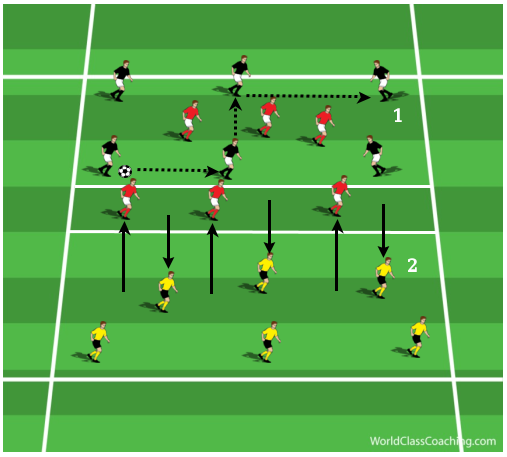