Transition from attack to defense is regarded as an essential component of every practice by many professional coaches. This exercise includes this phase both in the attack-defense and defense-attack versions. Moreover, physical demand placed on players develops power to accelerate, which can be used to exploit unbalance in the oppositions’ defense.

Set up and directions
Organize a rectangle of approximately 30x40 m. with one goal on each end. The size of double penalty areas can be also used. Set-up four different stations. Divide players into groups of 3/4 on each station. Coach’s position as shown on the diagram. Each player from the bottom right group needs a ball. Moreover, min. 6 balls should be placed by the top right station. 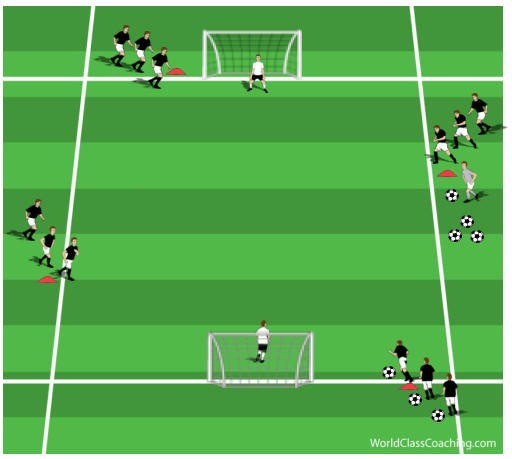 The practice starts with the first player from the bottom right group playing a ball to the player positioned in the bottom left group. Upon receiving, the objective is to dribble past the defender coming from the top left group and score a goal (also directly when the defender is delayed). 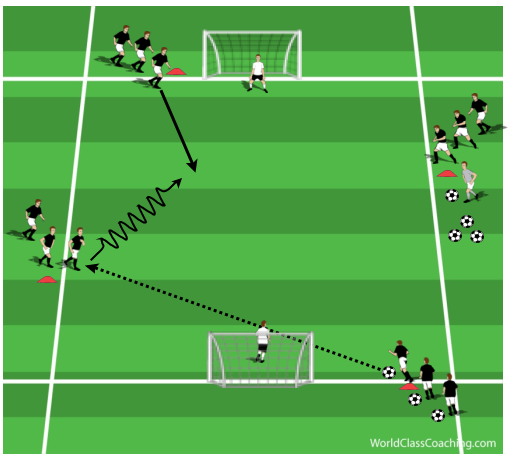 In the same moment as the shot is made, the coach plays the ball to the player from the top right group, whose aim is to score in the opposite goal. Player who has just made a shot becomes defender trying to recover. Defender from the top left group becomes an attacker. That creates 2v1 situation as shown on the diagram below. Players change stations after each repetition going clockwise. 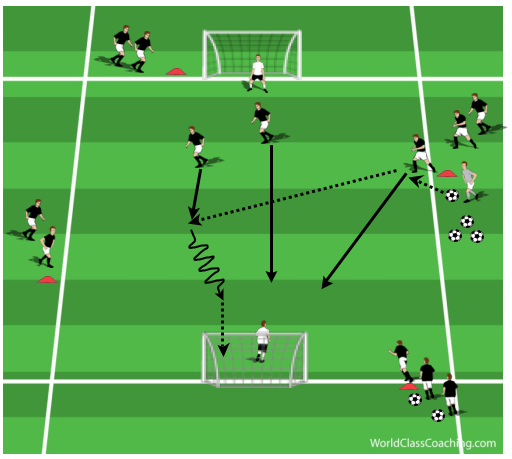 1v1+4 to develop Power to Recover