Start with two lines of players (no more than 5 players in a line) facing each other from 20 yards apart, 10 yards outside the 18. There is a “defender/dummy” in 5 yards closer to goal, in the middle. Also have a keeper in goal. One line of players starts with balls. 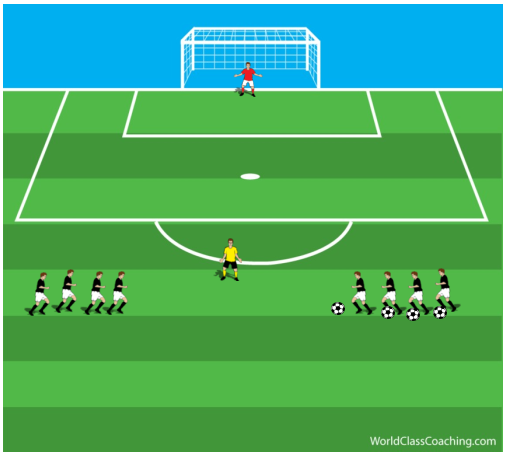 The first player with the ball dribbles toward the other line and that first player then runs to meet him in the middle. 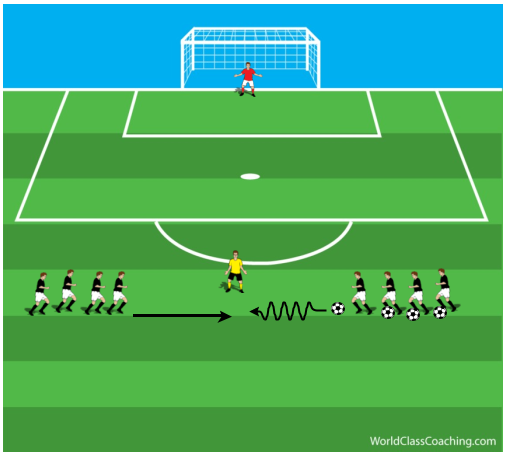 The player with the ball uses his body to shield the defender from the ball and leaves the ball for the other player to take it over. 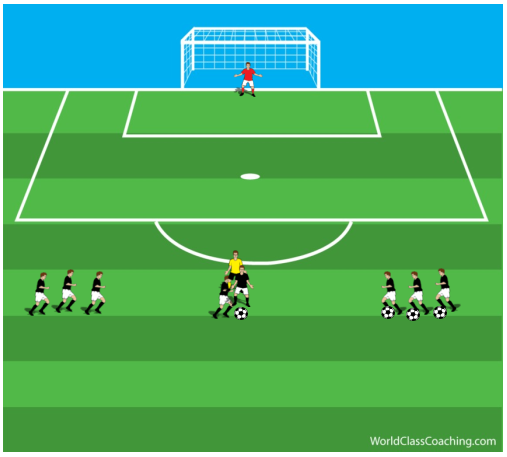 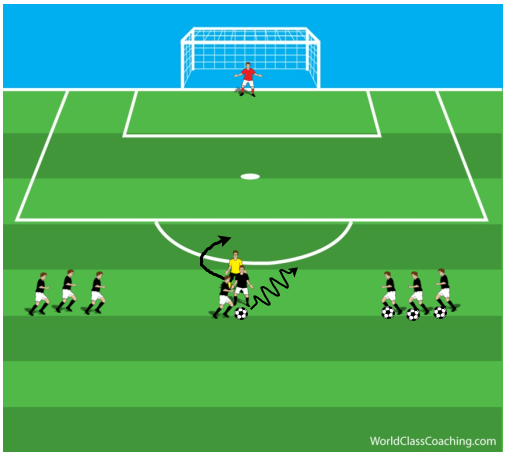 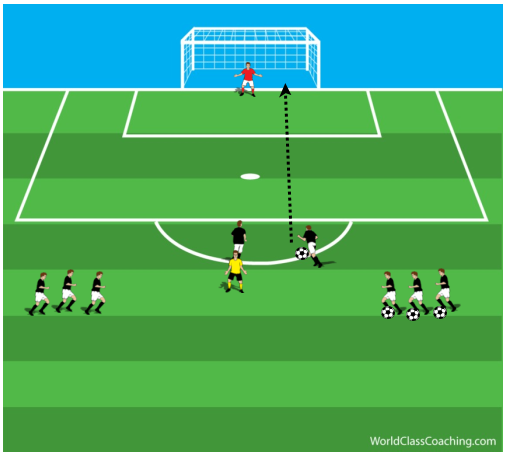 If the defender (the player who started with the ball) can win the ball, the play is over. As soon as the shot is hit (which, if the attacker performs correctly shouldn’t be impacted by the defender) the players retrieve the ball and switch lines while the next two players go.

The key to the takeover is for the player starting with the ball to open his body so that he is using his body to shield the “defender” from the ball and it allows for an easy exchange with his teammate. The opening of the hips is also a visual clue to the teammate that he should take the ball.

Make sure to do this activity from both sides so players get accustomed to opening up in different ways and also so they practice shooting with both feet.

How Do I Improve Possession For My Team?