This activity is a 4 v 4 game plus 2 flank players plus 2 neutral players to regulation goals. Two goals should be set up about 25 metres apart. The field is 30 metres wide. A channel is made along the sidelines 5 metres wide. 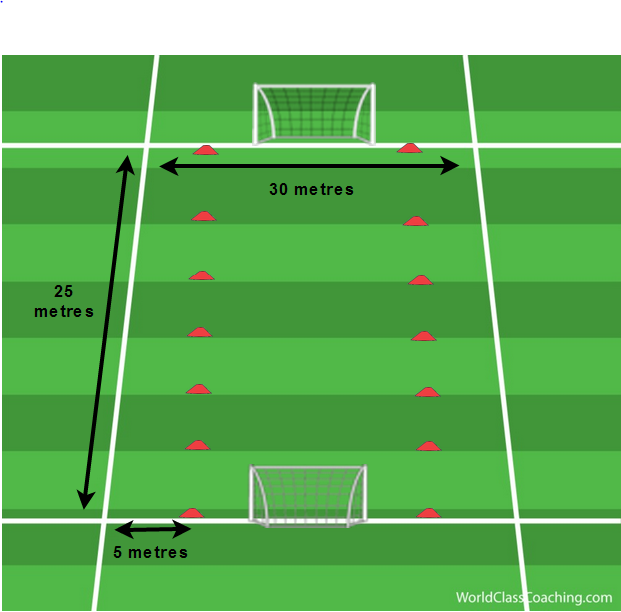 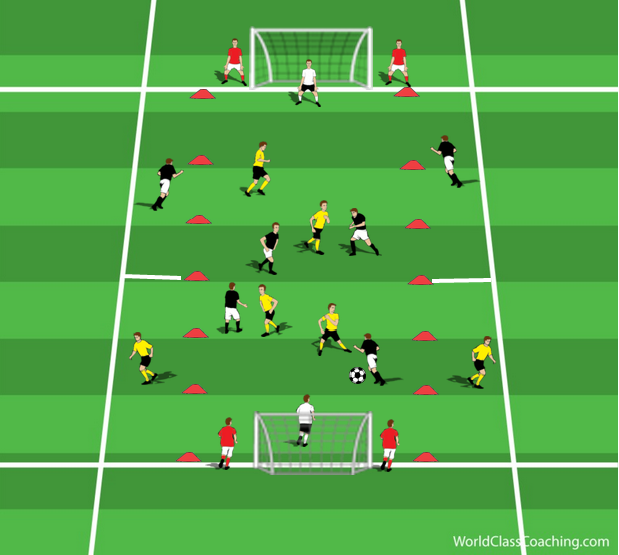 The ball must be played out wide before anyone can score. 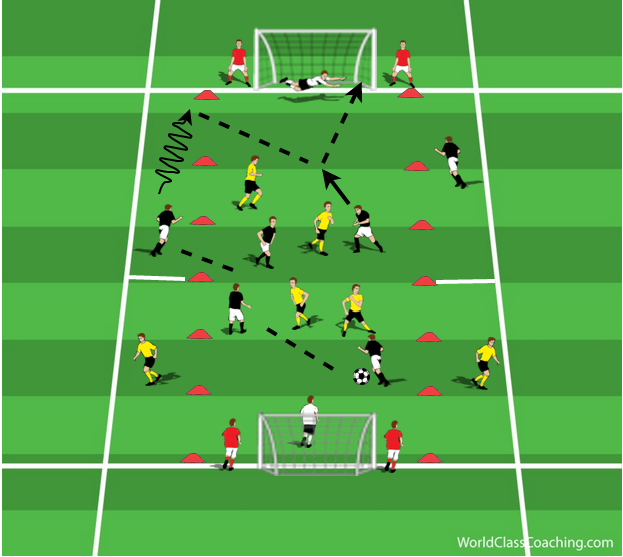 One touch volleys in the air count as 2 points and all other goals count as one point. The flank players have 2 touches and the players framing the goal have 1. Once a team gets 2 consecutive points (1 touch volley or two goals in a row), the losing team switches out all of their players. Each round is 2 minutes long.

If neither team scores two consecutive points within the two minutes, the following happens: if both teams did not score or scored the same amount, both groups switch everyone. If one team scored more goals than the other, the losing team switches. The game continues until one team reaches 10 points. Groups switch halves of the field at 5 points while goalkeepers stay in the same goal.

Effective Flank Play in the Attacking Half