A breakaway is such a great way to score a goal and while they don’t occur frequently, they do occur frequently enough that teams need to prepare for them. Not enough teams prepare for them and those that do tend to do so in such an artificial manner that it barely helps. We see teams set up with a line of players 30-40 yards out with balls and a keeper in goal. 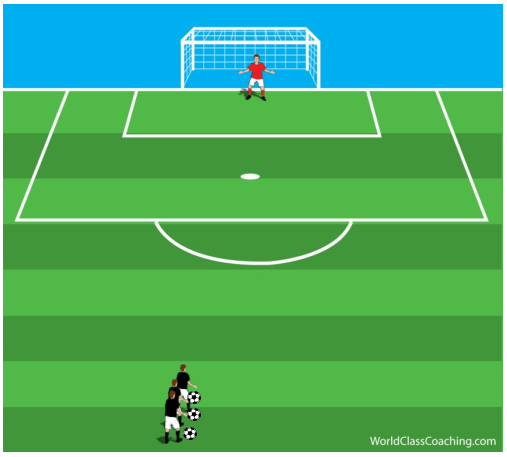 The first player in line starts dribbling and the keeper comes out to cut off the angle. 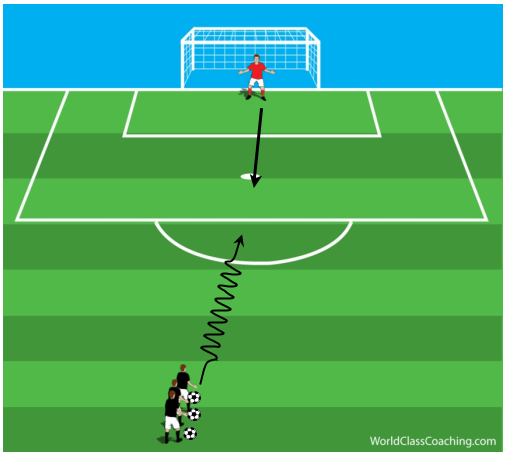 The attacker then tries to slot the ball past the keeper, into the goal. 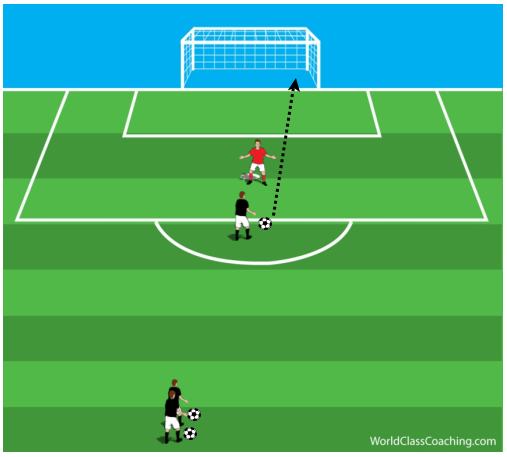 The problem with this activity is there is no pressure (other than that from the keeper) on the attacker and it creates a near perfect scoring opportunity for the attacker.

To combat this teams will add a defender to the equation coming in from behind. 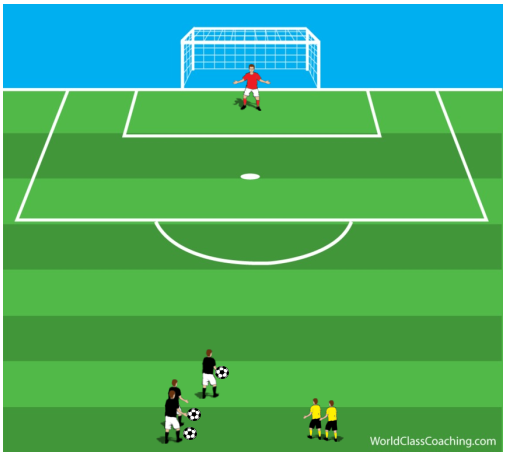 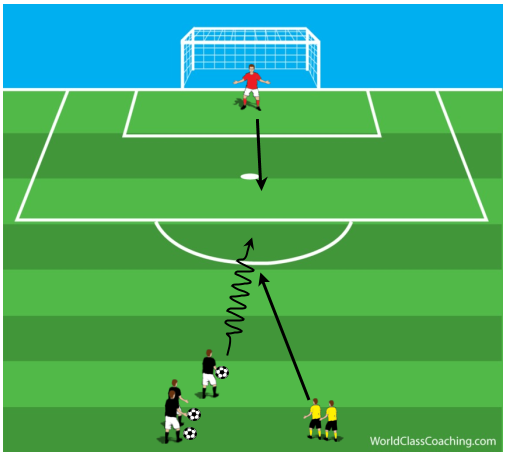 While this added pressure is better it still allows the attacker to have complete control of the situation, with the ball starting neatly at his feet.

An alternative is to add a server who starts with the balls and he plays balls into different areas and with different pace and trajectories. 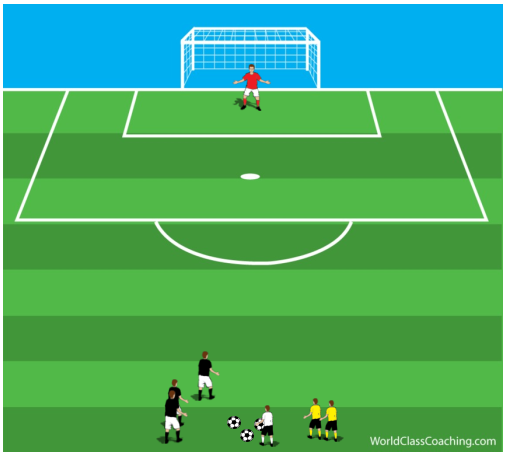 The server can play balls far so it turns into a race between the attacker and defender (with the attacker having a slight head start). 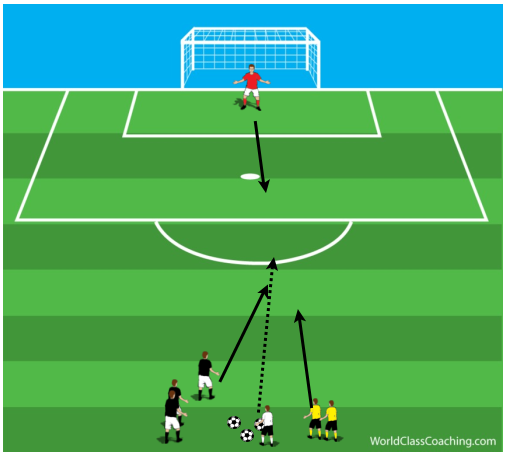 Or, the server can play balls on weird angles to make the first touch a challenge. 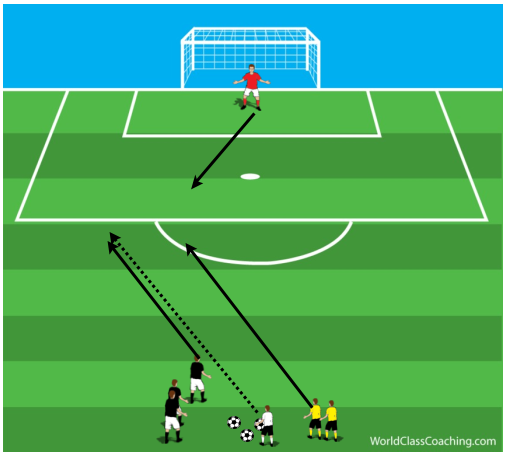 There are other options such as bouncing balls or balls close enough to the 18 that it challenges the keeper to come out and win the first ball. The key is to put the players in situations they might see in a game and not just the easy situations.