This practice is focused on helping the players to improve the ability to produce high quality sprints throughout the whole match. That is achieved in a high intensity and engaging game which also develops ball manipulation, dribbling and running with the ball skills from a technical point of view. As an outcome of this exercise, players will be able to produce more sprints and also sustain the number of sprints despite fatigue accumulation. 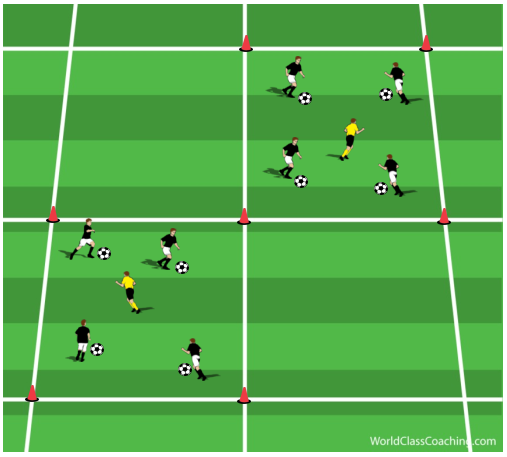 On the coach’s signal, players in possession of the ball change the squares as fast as possible. The defender stays in the square and waits for the players from the other square to come in. 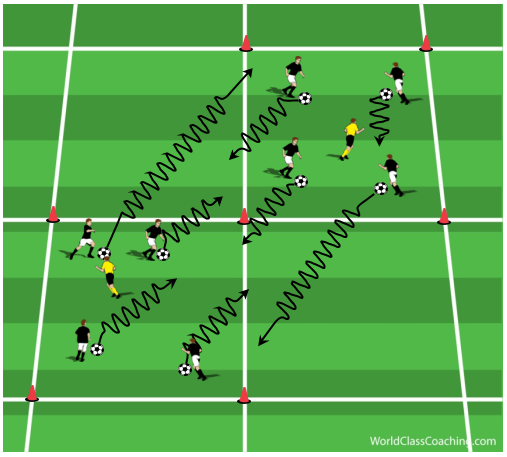 As the new players come into the square, the aim of the defender is to win the ball straight away. If he doesn't manage to do so, last player to get to the square, becomes a defender. 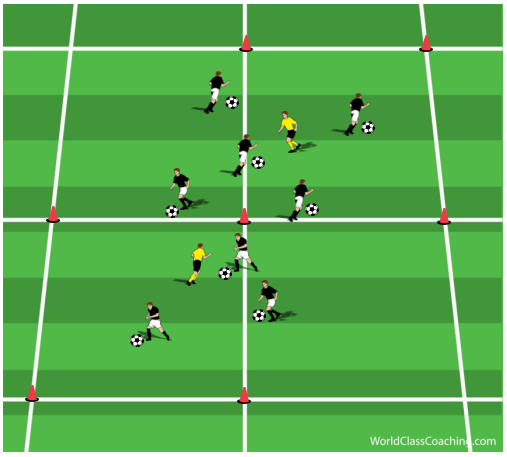 After that, the game resumes. As a modification, coach can set a ball manipulation activity for attacking players. Also adding more defenders will challenge attackers’ perception and dribbling skills. With two defender in the square, one can stay and the other one can follow the attackers to the next square. 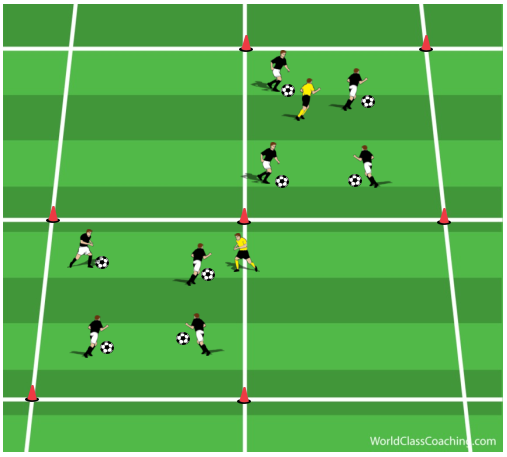