Reaction time and speed over short distances are often deciding elements between losing and winning in soccer. This practice is focused on developing these physical components integrating dribbling and running with the ball skills what links both conditioning and technical side of the game. The following exercise requires players to be in constant alertness and awareness in order to be able to react to a trigger before other teammates. That increases competitiveness and motivation.

Organise a middle square of approximately 15x15 yards. Set up four poles, one 5 yards from each of the four corners of the square. Designate players inside the middle square. Every player needs a ball. Take up appropriate coaching position to see the whole picture. 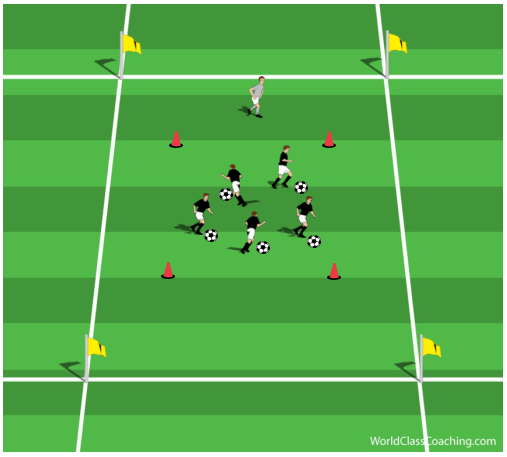 The players start dribbling inside the square. The games starts on a coach’s signal, who calls the name of one of the players in the group. The chosen player, then, needs to sprint with the ball as fast as possible to one of the poles (the player chooses which). 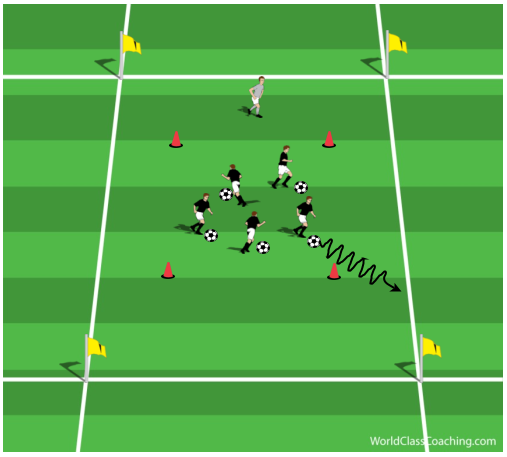 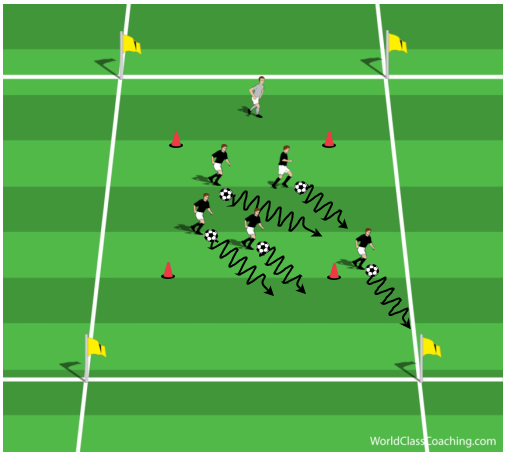 First player to touch the pole is the winner. If it’s the leading player, he gets one point. If any other player got there first, two points are awarded. 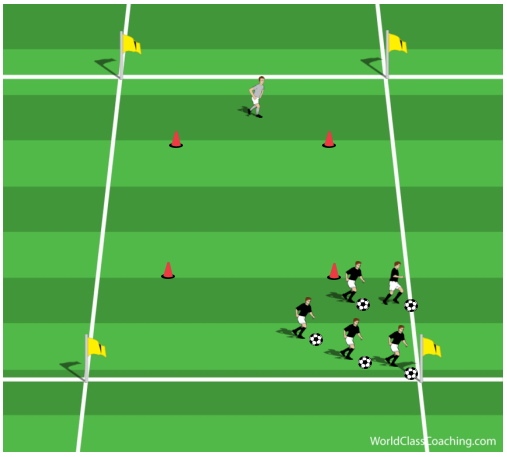 Then, the game restarts from the middle. As a progression, one defender can be added inside the square with the aim to win possession/guide the players out of the square. 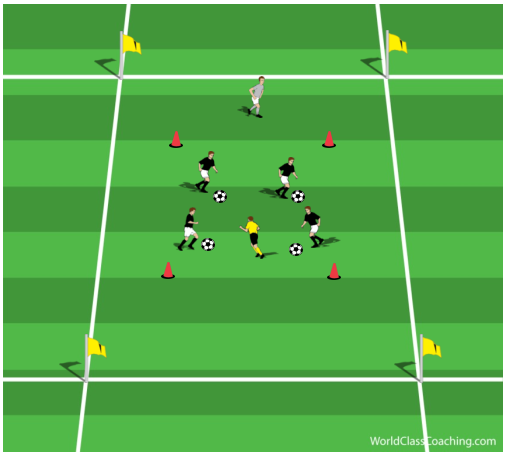 There should be 8-10 burst performed in 2-4 series. The rest between each burst (players dribbling inside the square – low intensity) should last 30 seconds, and between series it should be 4 minutes.