This game is a progression of the previous 5 v 5 games I've presented over that last few weeks. 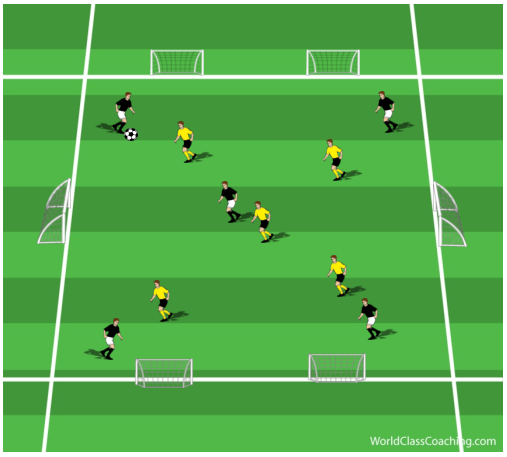 The Attackers have to exchange passes between them trying to maintain the ball possession and organize the offensive play. 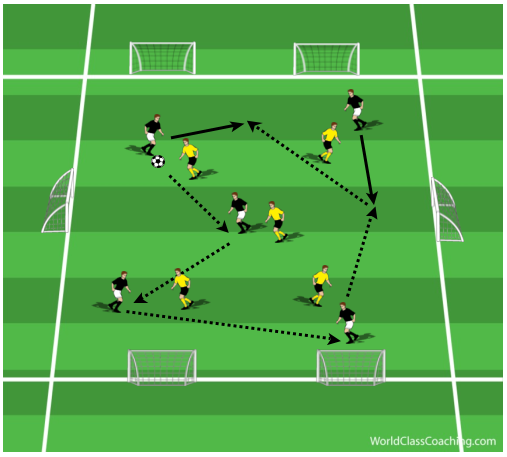 After ten consecutive passes the Attackers can finish in any small soccer goals. There's no defined area to shoot from. 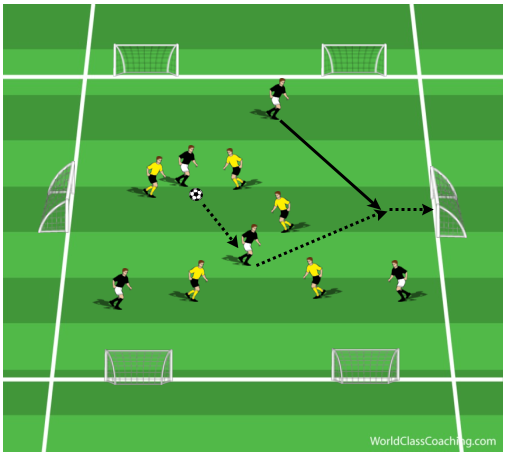 The Defenders try to intercept the pass and keep possession in order to start passing between them to have a chance to organize a counter attack and score. 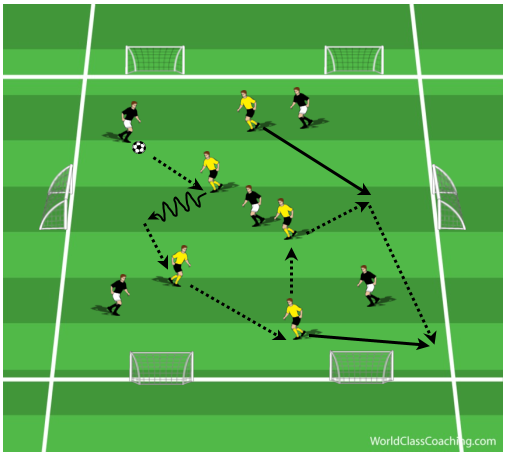 If the Defenders only touches the ball but does not keep it the count starts all over again.
At the end of the time, the team that score the most goals wins.