Teach Your Players to Compete

These activities help to begin bringing out the competitiveness of all the players and their drive to win.

Four 5 X 5 boxes are set up with balls piled up in between the 4 boxes. 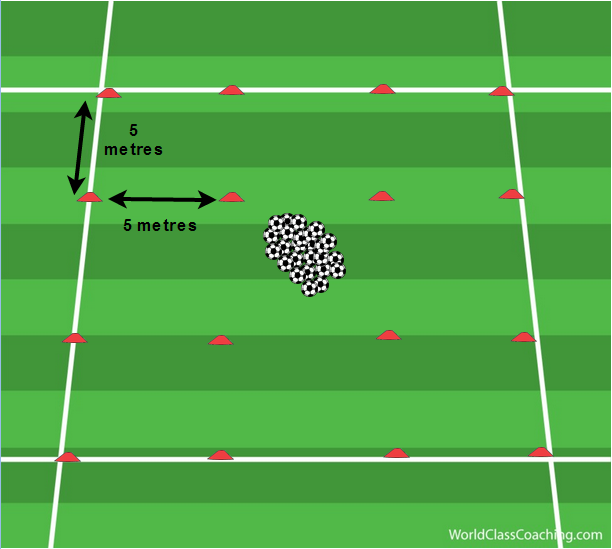 The team is split into 2 groups. In each box there are 3 on offense and 1 who will be on defense. Each group has 2 boxes with offensive players and 2 boxes where they play defense. 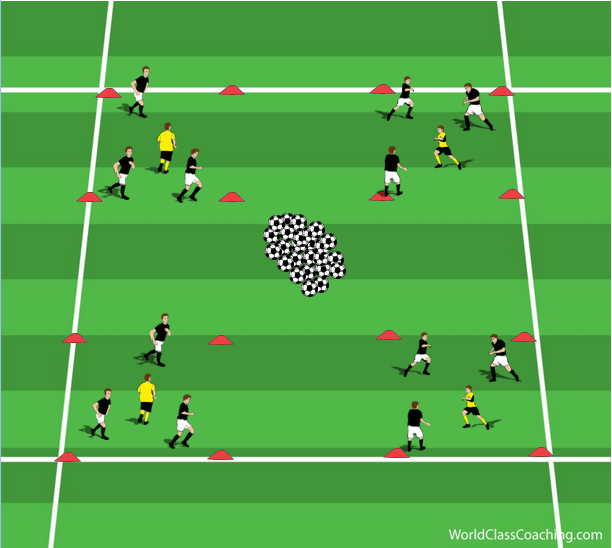 The object is for the offense to connect as many passes as possible counting how many they get. There is one server from their team for each of their offensive boxes. 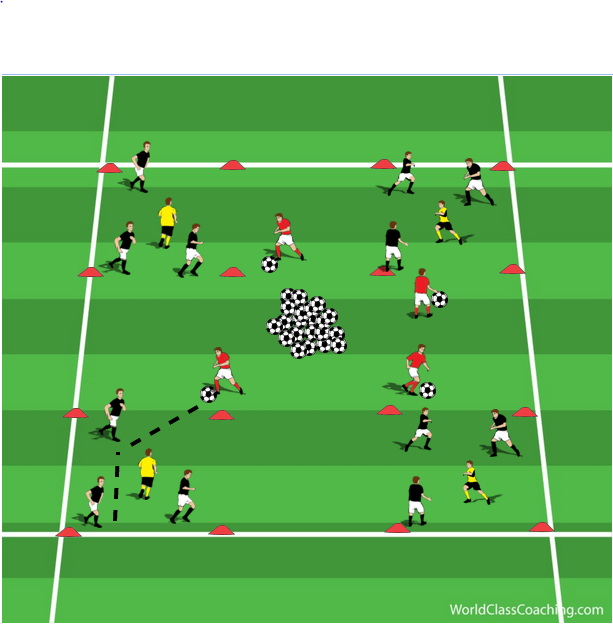 When the server plays the ball in, the defender enters the box and tries to knock the ball out. 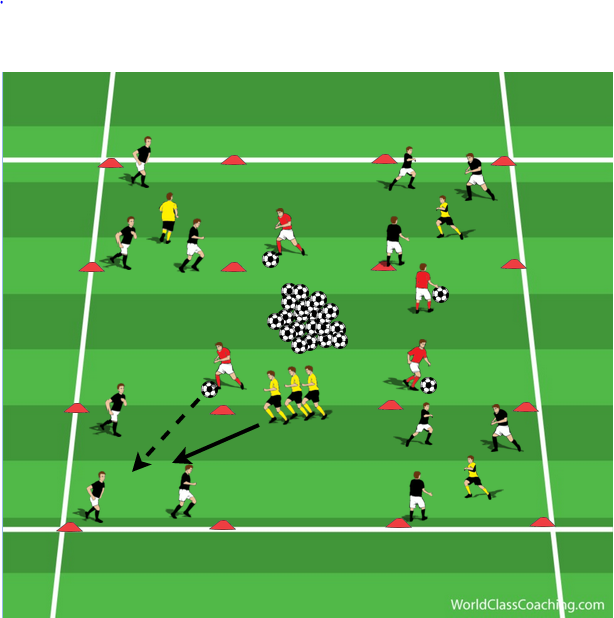 Every time the ball is knocked out, the defensive team gets a point and a new defender enters once the next ball is played in. There are 3-4 players in the defensive line per box. The games are 2 minutes each. After the first game, the offense and defense switch. After the second game, everyone matches up to play against someone new. After the third game, offense and defense switch. Whoever gets the most points total wins.

Still try to keep all cycles at no more than 2 min.