This exercise is focused on developing aerobic power in 3v2 transition scenario. The aim from the physical point of view is to improve players’ power to recover, what in turn leads to producing more actions throughout the whole match. Dynamic counter-attack scenario ensures maximal concentration and commitment.

Set up and directions:
Set up two full sized goals 50-60 m. apart. Divide the team into attackers and defenders and further divide attackers into two groups (one starting behind the goal and one in the middle of the pitch). Two goalkeepers should be positioned in goals. Organize min. 8-10 balls in the goal positioned on half-way line. 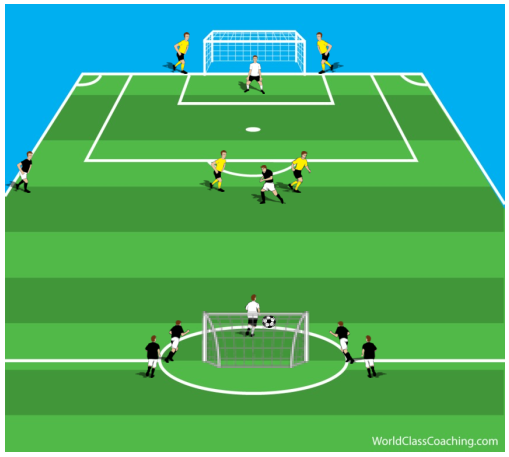 The game starts with the goalkeeper (in the goal on the half-way line) playing the ball into striker. At the same time, two attacking players make a forward supporting run towards the opposition goal. 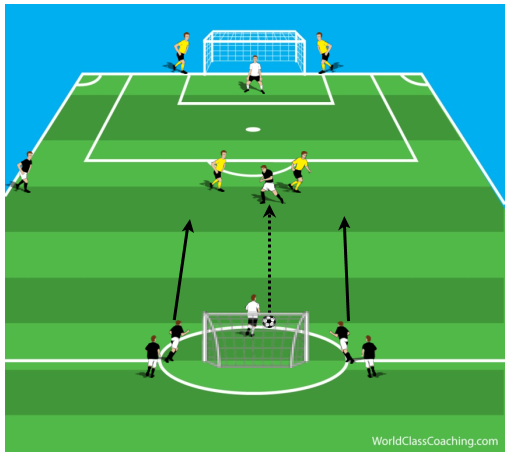 The aim of the three attackers is to score a goal. That can be both done immediately with the striker turning against two defenders as well as more patiently using two supporting attackers. 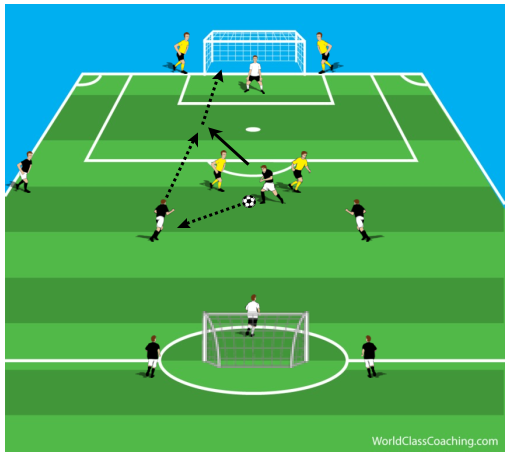 If the defenders manage to get the ball, their aim is to score in the opposite goal.

The game stops if the goal is scored or the ball goes out of play. Next players should be ready to start immediately. 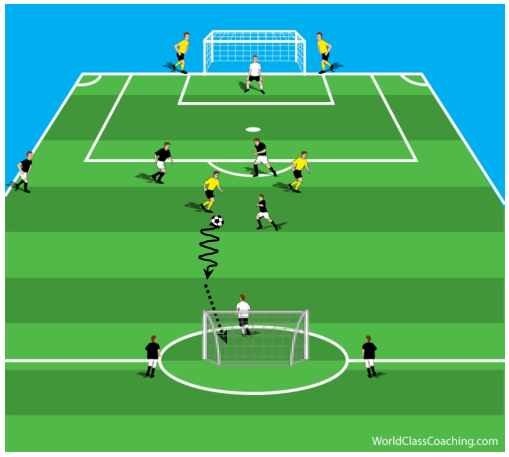 Timing:
Practice should be repeated 6-10 times in 2 series. Single repetition should not last longer than 1 minute. The rest between repetitions should gradually decrease from 3 to 1 minutes. After each series, players should rest actively for 4 minutes. The exercise should be done on maximal intensity.