This game has 3 zones. 2 end zones (10x30) and a middle zone (25x30). 1 striker and 1 defender allowed in each end zone and the defender must stay behind the striker. Everyone else in the middle zone. Each team attacking a goal each. 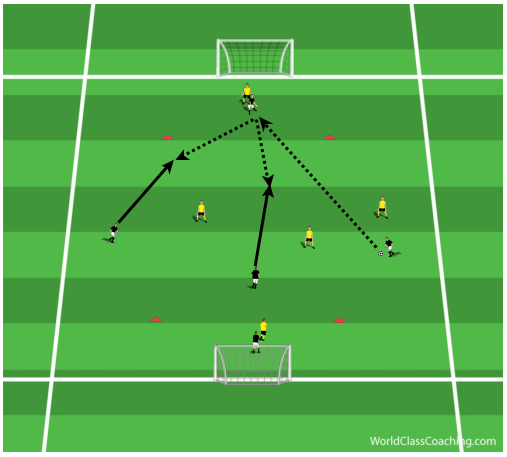 The striker can move anywhere inside their end zone, the other players must find the striker’s feet. As the ball travels toward the striker forward runs should be made into different areas by at least 2 of the 3 players. This gives the striker options and encourages decision making. The striker (because of pressure) either sets the ball one time or controls and passes into space ready for a shot from the oncoming player. 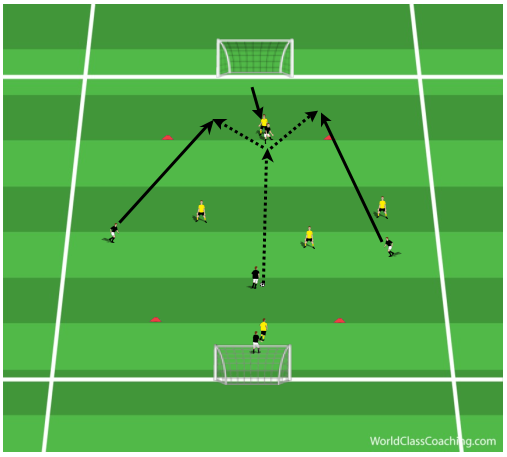 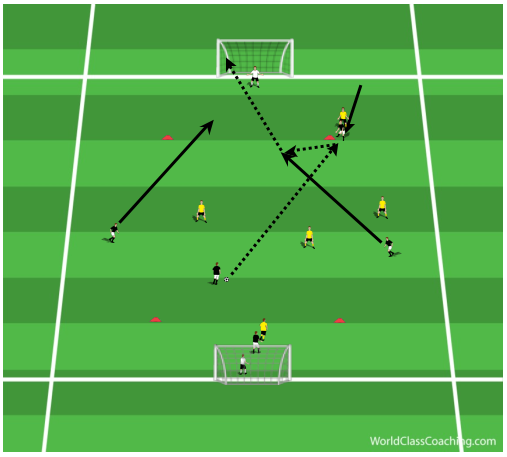 Add goalkeepers and tell the striker to get into positions either side of the goal, leaving the middle open. Players should then make runs into the middle of the field, some might cross the passing line, which is called running underneath the pass. The striker sets the ball for a shot. Players can also follow the shot into the end zone in case of any rebounds. 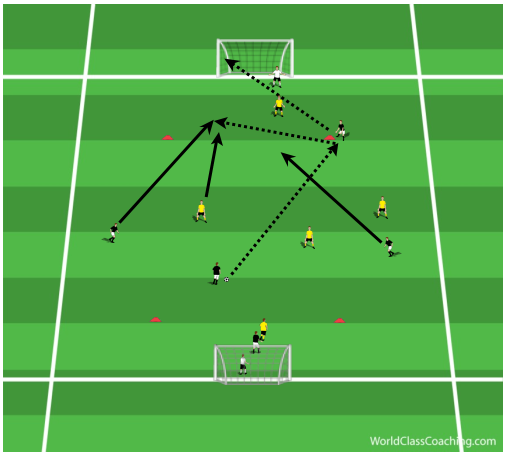 Like before, tell the striker if the defender does not follow them, they can turn and shoot, this makes the game more realistic and puts emphasis of the job the defender has to do. Now allow defenders from the middle zone to pressure any attacking player who enters the end zone. This puts more realistic game scenario pressure on players preparing them more thoroughly. So if one attacker enters the end zone, one defender is allowed in. If 2 enter, 2 defenders are allowed in. Then say whatever happens all defending members are allowed in to stop the goal attempt.