The exercise is focused on improving Aerobic Power. This physical component helps in recovering more efficiently and quickly after high intensity, anaerobic actions. Therefore, it helps to maintain quantity of explosive efforts of the players throughout the whole match. In more detail, it aids supplementation of high quality oxygen to lungs and muscles by improving circulation (more red blood cells and stronger heart) and ventilation (better lung capacity).

That is achieved in 5v5 Small Sided Game which is known as highly effective tool for improving tactical, technical as well as physical components. Small Sided Games ensure high motivation of players, enjoyment and competitiveness. In addition, this practice is strongly related to 11v11 soccer format as it includes all relevant components of it (opponent, direction, goals, attacking/defending/transition etc.).

Set up and directions:
Organise a pitch of approximately 30x40 yards (depending on base fitness level: bigger pitch-bigger volume/lower intensity) with one goal on each side. Divide players into two teams of 5. Normal soccer rules apply. Encourage competition, i.e. the team that loses the game takes the equipment out of the pitch. 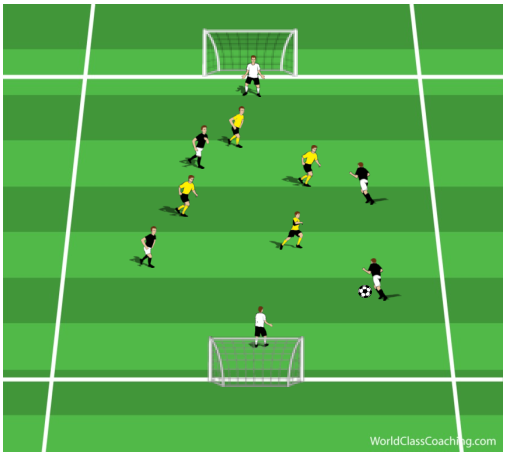 As a basic progression to increase perceptual and physical demands, divide the pitch into two halves and set the condition that attacking team is allowed only 1/2 touches on their own half and 2/3/unlimited on the opponent’s half. That has it’s trade-off in the tactical side but overloads players physically. 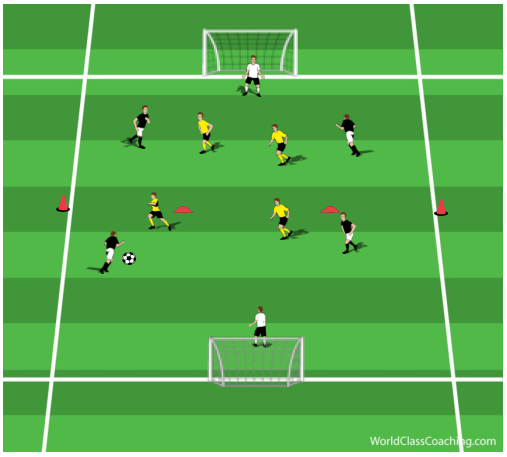 As we can see on the diagram below, another progression can be that all attacking players (except goalkeeper) should be on the opponent’s half to make the goal count. That will increase the volume of the physical load as well as players will be challenged technically and tactically to play in reduced area. 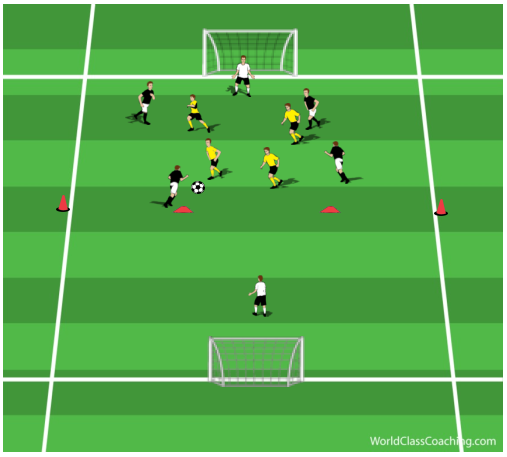 Another variation can be introducing one “wall” player from each team positioned next to the opposition goal. That will encourage players to look for the longer pass and combination play around the penalty box, what in turn will automatically demand more supporting runs. 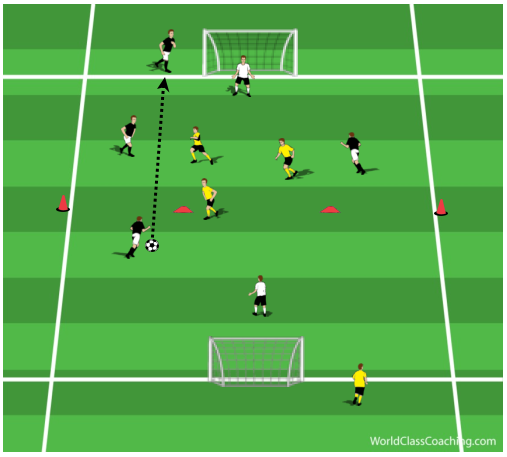 As we can see below, “wall” player has only one touch and is allowed to move behind the opposition goal line. That will of course decrease physical load placed on him comparing to other outfield player but that can be used strategically to meet individual needs (i.e. more technical work needed or not ready yet for increased physical load.) 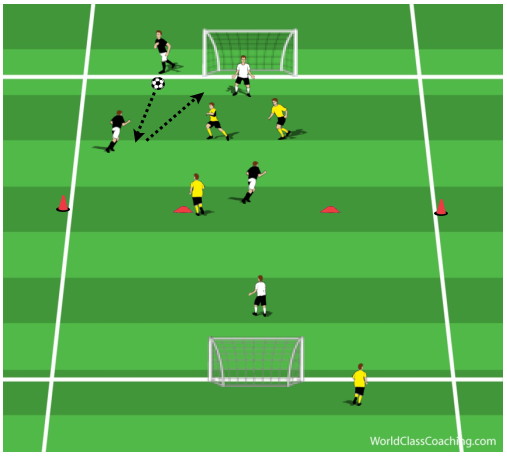 Finally, coach can create artificial transitions by playing another ball into the playing area and blowing the whistle to let the players know that another ball (instead of the previous one which has to be left out of the pitch) is in play. That can also increase physical intensity and volume of training as well as place tactical demands (transition phase). 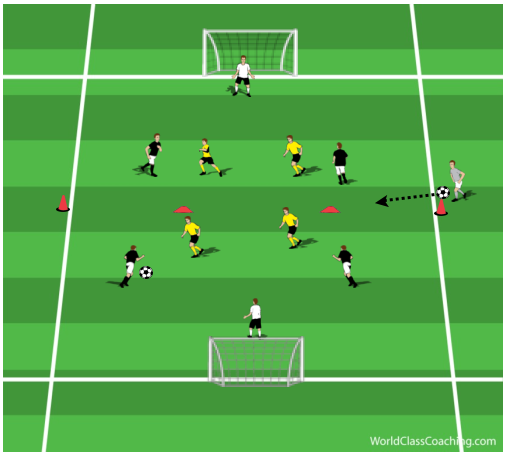