Sprinting and sliding game is designed to improve acceleration and speed over short distances. That will help players to win more running and 1v1 duels as well as forward runs with and without the ball. In the presented exercise, that is connected with sliding and intercepting skills to make the physical side more context specific and engaging.

Organise two gates 3 yards wide and one cone in between as shown on the diagram below. Set the players in a line behind the cone with one ball each. The coach should be positioned opposite the first player, 10 yards away. 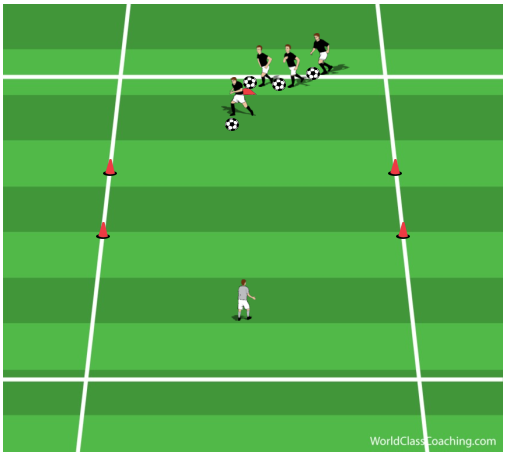 The practice starts with a first player passing the ball to the coach, who then plays first/two touch pass in the direction of one of the gates. 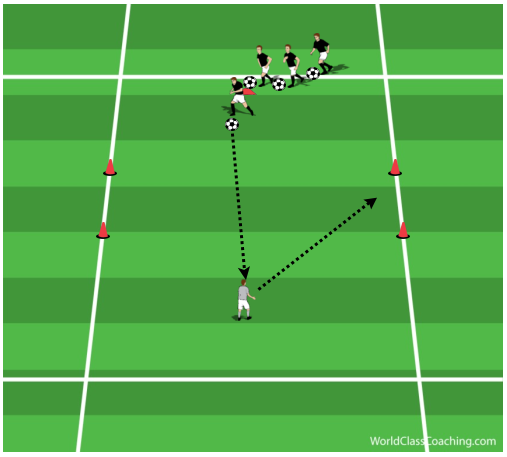 As soon as the coach plays the ball, the player can start sprinting trying to intercept the ball before it passes the gate. It is important for the coach to time the pass appropriately so the player have a chance to intercept it and at the same time is challenged to sprint at a maximal intensity. 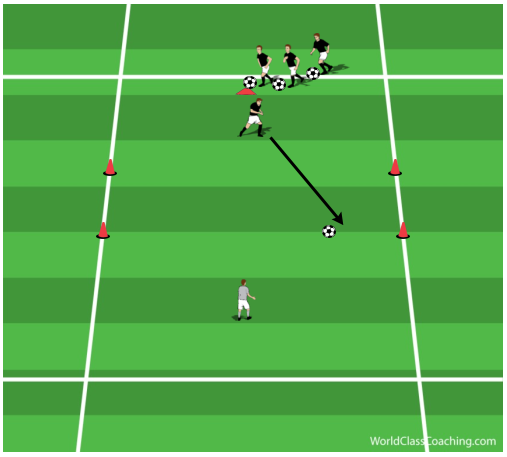 As a progression, additional pole can be added to run around before intercepting the pass. That will add a change of direction element and further challenge players’ acceleration abilities. 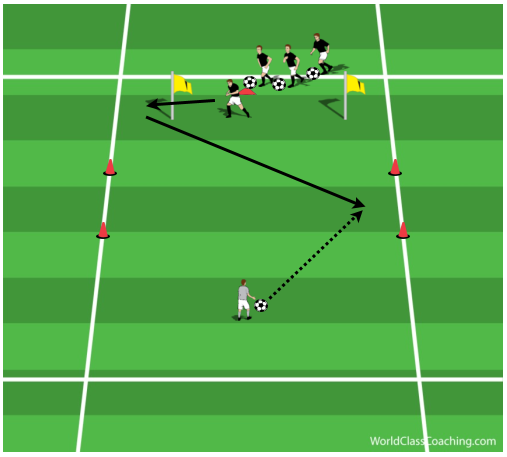 Every sprint should be repeated 8-10 times (for each player) in 2-4 series. There should be a 30 seconds active rest between repetitions and 4 minutes between series.