The reaction speed and finishing exercise is designed to improve the time needed to accelerate, change direction and win a 1v1 duel. In addition to that, there is an engaging element of finishing and competitiveness, what makes the practice enjoyable and motivating.

Set Up and Directions
Set up two triangles as shown on the diagram. Divide the team into two groups and organise players between the two cones on the edge of the penalty area. Goalkeeper should be ready in the goal, and coach should be on the opposite side, with min. of 5 balls. Players shuffle between two cones and wait for the signal from the coach. 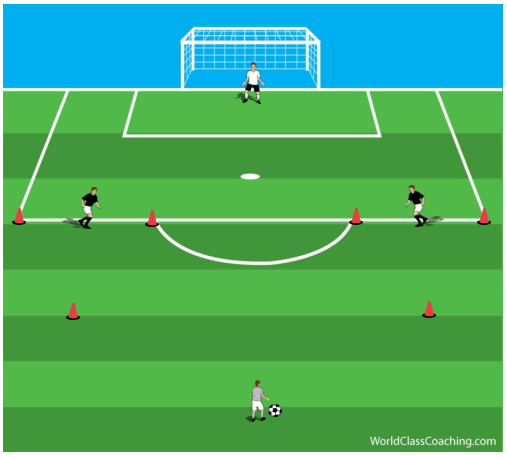 As the players move between two cones with the back to the goal, a coach plays the ball in the central area, into the direction of the goal. Players then have to run around the red cone placed in front of them and chase for the ball. 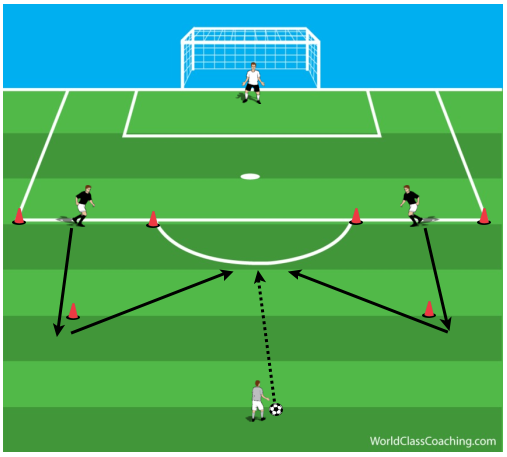 First player to the ball becomes an attacker, second player becomes a defender. The ball should be played in a way that enables players to catch it in front of the penalty area. 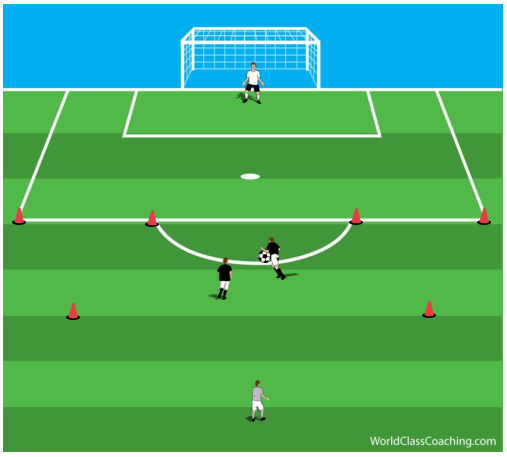 The aim of the attacking player is to score a goal, while a defender has a task to stop him and win the ball back. 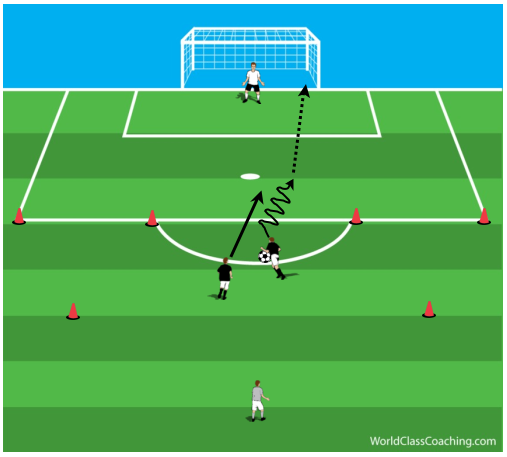 Timing
Each repetition should be performed at 100% intensity and last no longer than 6 seconds. That should be repeated 4-6 times with 1 min. breaks in between (5-6 players in each group should enable that automatically). The exercise consists of 1-2 series with 4 min. rest in between them.