Race with Speed and Shooting

This exercise connects ball control, dribbling and shooting skills with conditioning content. The opposition included in the practice demands speed and power from the attacking players. Therefore, speed and speed endurance qualities can be developed. The exercise can be done with various amount of players at all levels.

Set up and directions
Set up a square with min. 5 small gates in front of the penalty area. Organise a goalkeeper and two groups as shown on the diagram below. Each player from the attacking groups has one ball. 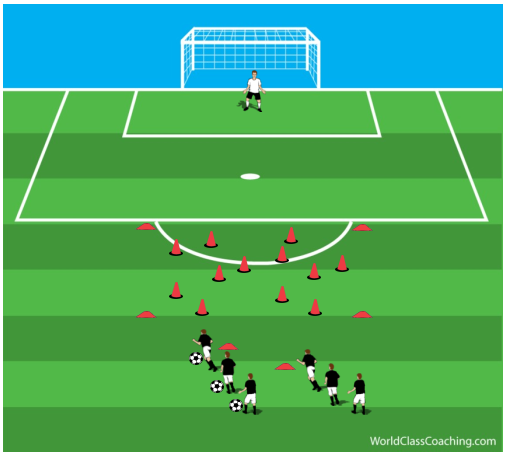 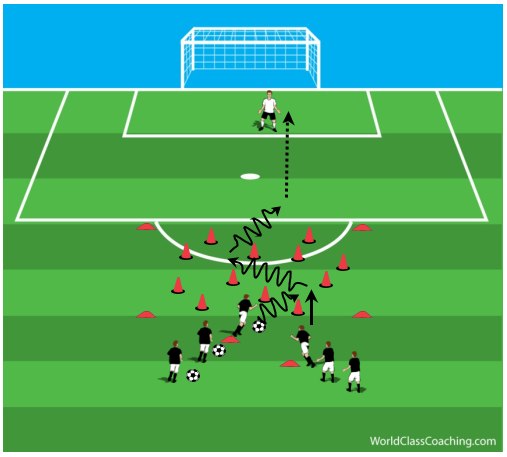 Using similar set-up (change the organisation of cones in the square), different dribbling qualities can be achieved. Two players start from the opposite sides, dribble around the cones (2/3) and shoot on goal. As it can be seen on the diagram below, instead of the full-sized goal, small one can be used to challenge accuracy skills. 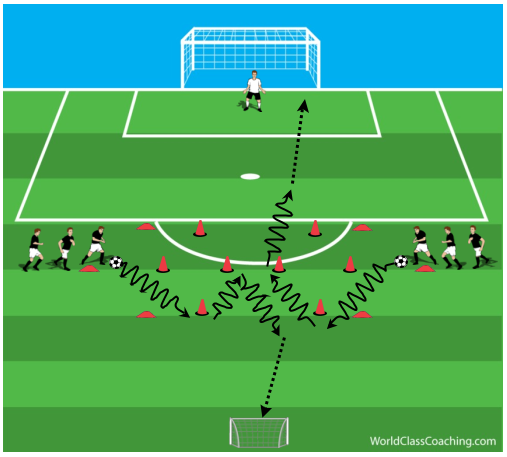 Different shapes of dribbling can be used to develop both feet and change of direction abilities. Which player will be the first one to score? Make a competition. 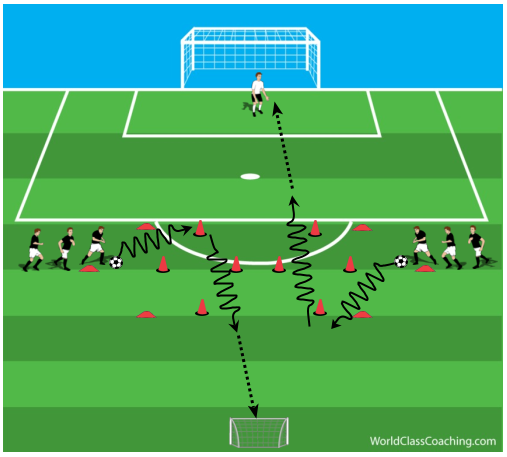 As an addition progression, after both players had a shot, a coach can play the ball in and create 1v1 situation. That will increase the time of each repetition focusing more on endurance rather than explosiveness and maximal speed. 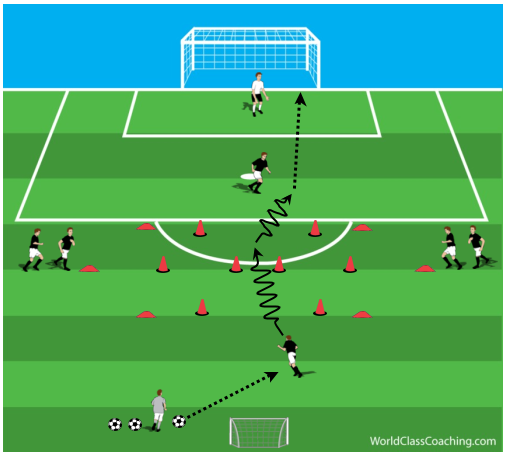