This exercise is focused on improving aerobic power as well as tactical content of switching play. From conditioning perspective, the practice will help players to recover quicker and sustain the quantity of actions throughout the whole game. Apart from that, players will learn how and when to switch the point of attack (team in possession) as well as how to defend as a compact block when overloaded by the opponent (defending team).

Organise a pitch of approximately 50x25 yards with two goals on each end in the corners. Divide the team into two groups, one of which should have one player more than the other. There are no goalkeepers but the goal can only be scored from one-touch finish on the attacking half. The team that has more players starts every time from the own half. After set period of time, the roles can be rotated. 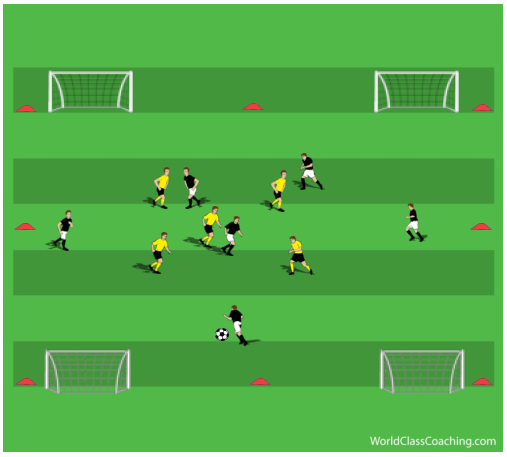 Having less players then the opposition and defending goals in wide areas will force the defending team to quickly shuffle from side to side as a compact block what will then place additional physical demand. 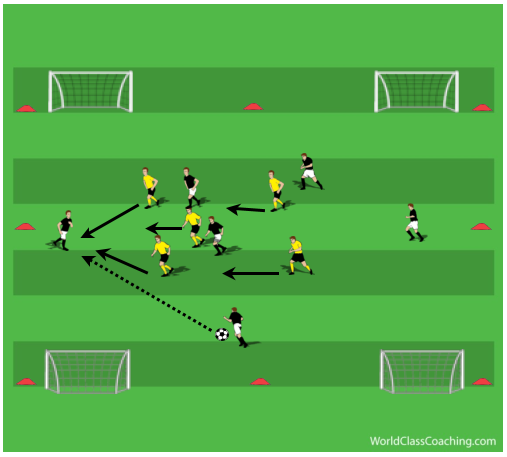 As we can see below, when the attacking team switches play, the defending team has to run across to prevent scoring in the opposite goal what helps to achieve the physical side of the exercise. At the same time, attacking team can focus on switching play from a tactical perspective. 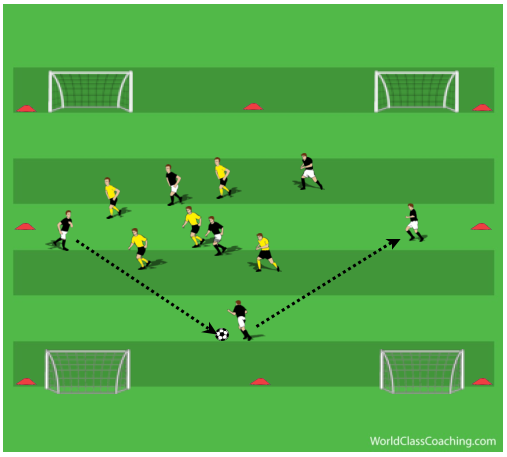 Timing
The game should be played 4-8 minutes and repeated 4-6 times with 2 minutes active rest in between.

Number Up and Number Down Game