Welcome to the FineSoccer Drills Newsletter. Today’s featured activity works on passing and movement off the ball.

This is a simple diamond passing activity. One player starts by himself, 3 players are opposite him, 15 yards away and there are cones on each side, 10 yards apart.. The first player in the line of 3 has a ball. 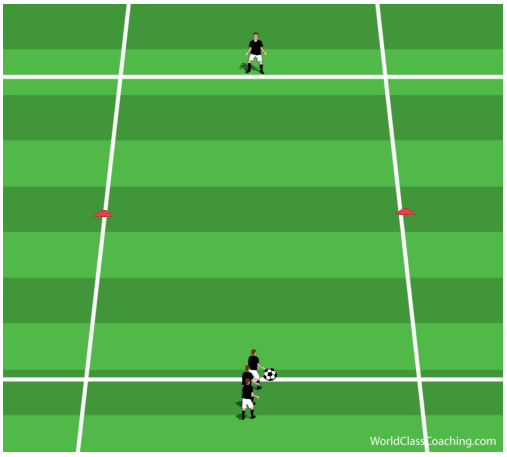 The player with the ball passes to the opposite player and then sprints to the middle. 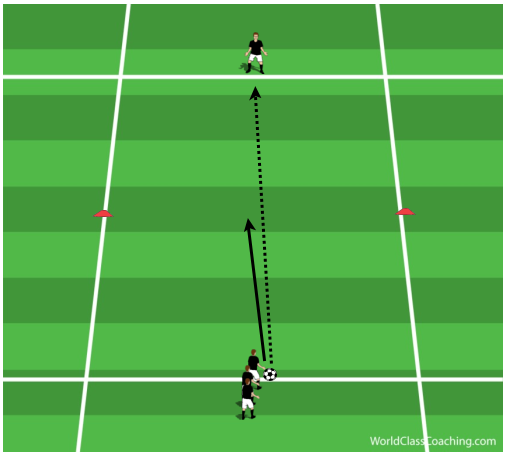 The player receiving the ball make a one touch pass and the player in the middle dummies it and lets it roll past him. 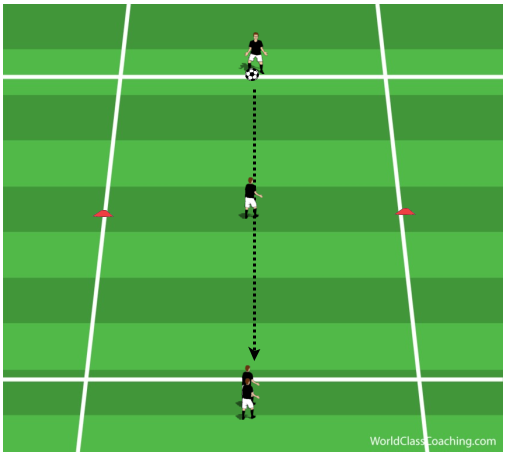 The player in the middle then sprints out wide to one of the cones and the player who receives the ball makes a one touch pass to him. 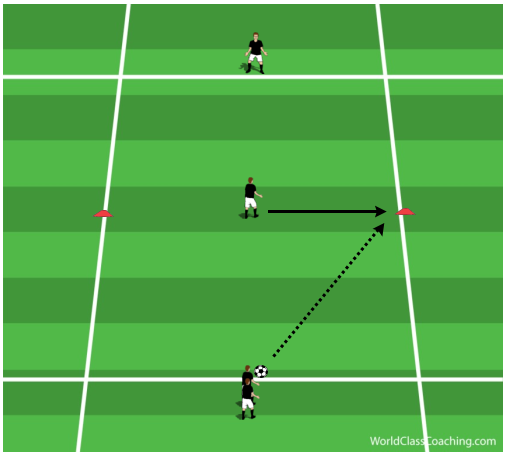 The player out wide makes a one touch pass to return the ball to where it came and then follows the pass. 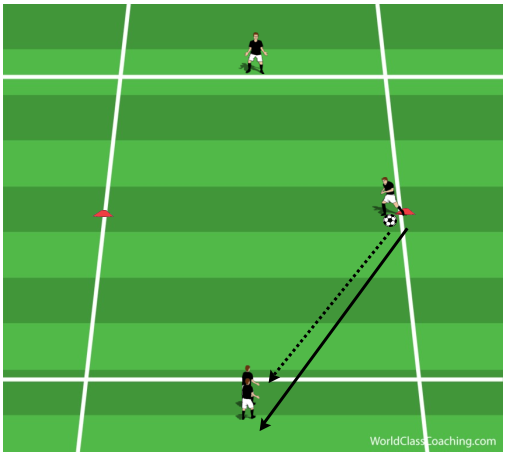 The player receiving the ball then passes to the far player and does the same thing, except he ends up at the other wide cone. 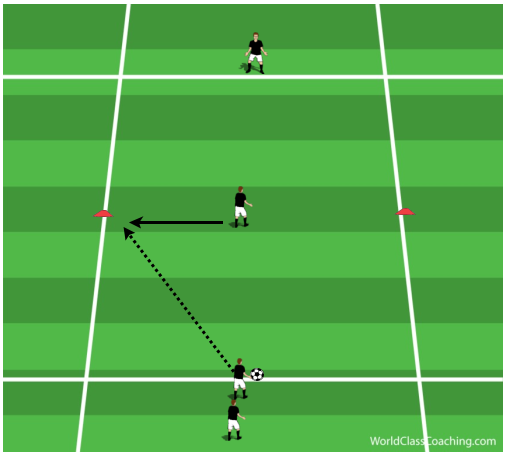 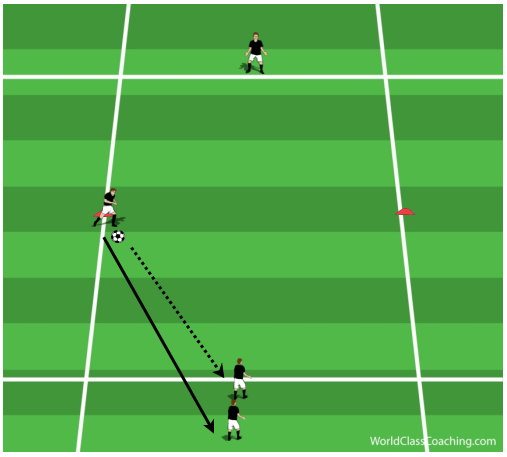 This continues with players alternating the direction they go wide. Rotate the player on the opposite end.

You can add different options to this which could include the player taking extra touches (with turns) when out wide.

Play AWAY from Pressure

Receiving Out of the Air