From the conditioning point of view, this exercise is aimed at developing physical strength and power. Individual challenging for the ball included in this practice forces an attacker to shield and protect the ball what develops his physical abilities. In addition to that, technical side is developed through ball manipulation and control in tight areas under pressure.

Organise a square of approximately 15 x 15 yards (area should be adapted to the group characteristics). Five players with one ball each start inside the square. Four defenders, without the ball start outside the square, one on each side. Number of players is flexible, however, there should be one defender less than attackers. 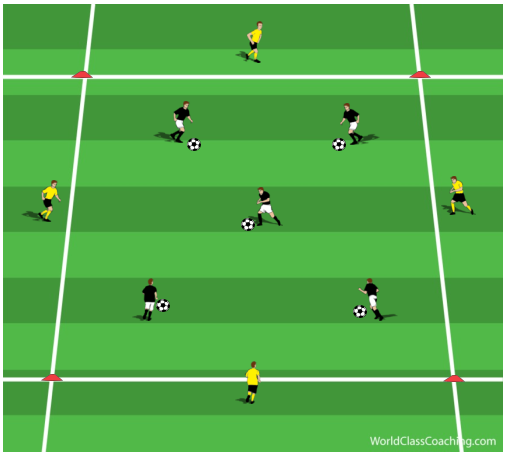 On the coach’s signal, defenders come inside the square and try to win possession of the ball. It is important to clarify with the players that the aim is to get on the ball, not kick it out of the area. 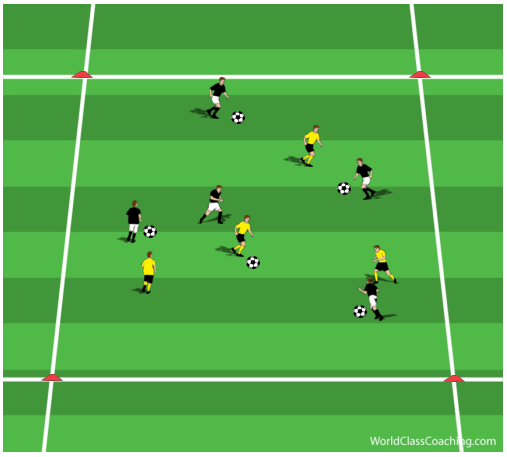 Once a defender gets in possession, he tries to keep it. The player that kept the ball for the whole round wins the game. 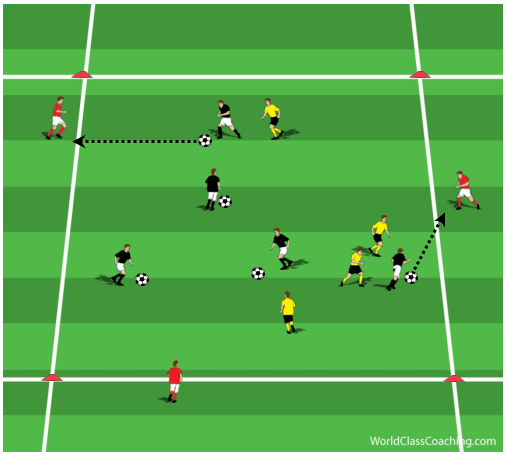 As a progression, add supporting players outside the square. They can be used to lend the ball if the pressure from the defenders is too high. Supporting player gives the ball back to the same player he has received it from.

Timing
Each round should last between 1-2 minutes, with 1-2 minutes break in between. That should be repeated 6-10 times in 2 series. The resting period between series is 4 minutes.