Welcome to the FineSoccer Drills Newsletter. Today’s featured activity works on 1 v 1 play and getting shots in tight spaces.

Too often we work on shooting with a stationary ball or with a lot of space to work within. This activity helps prepare the attacking player to be able to get a shot hit in a tight space. 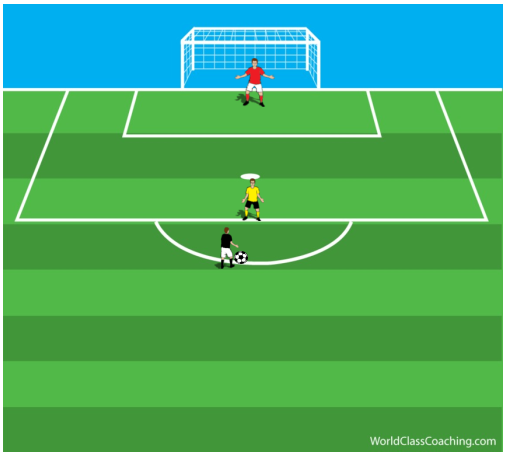 As soon as the attacker touches the ball, the game is live. The attacker can do anything he wants however, he must stay within the D. The defender can go anywhere he wants. The attackers objective is to get a shot hit and more specifically, to score. 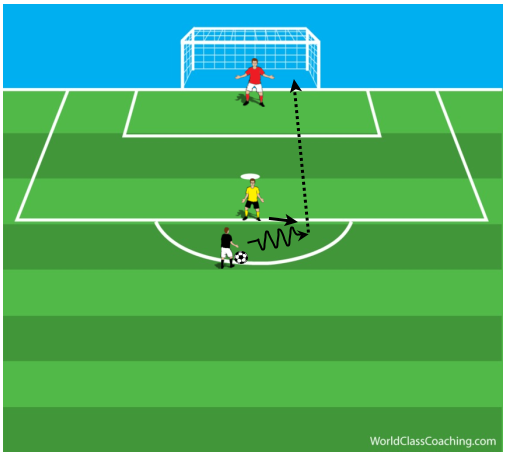 The sooner the attacking player can get the shot hit the better. 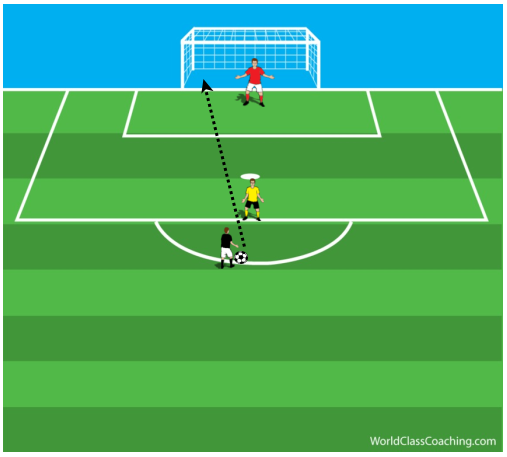 As a general rule the attacking player will want to either shoot before the defender can close the gap OR will want to attack the defend and then create just enough space to get the shot hit.

Next the defender starts at the 12 yard spot and the attacker starts 6 yards back from the top of the D. 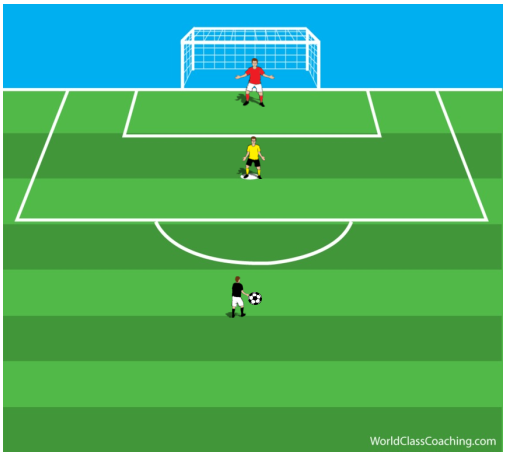 The attacker starts with his touch of the ball and this time, the attacker must get into the D and then get the shot hit from within. 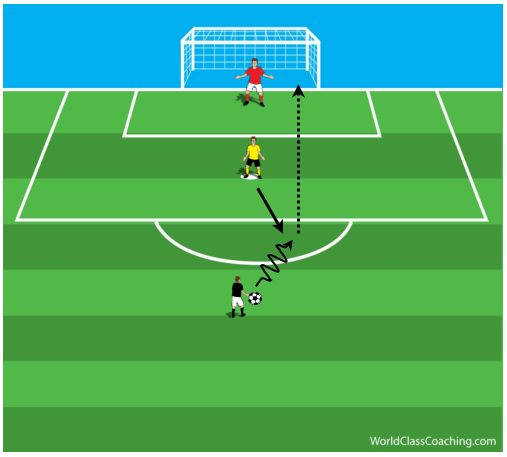 This is a very fast moving activity so have players set to go so that as soon as a shot is hit a new attacker and defender are ready to start again.

The emphasis here is getting a shot hit quickly in a confined space.