The 4 Goal Game is focused on improving aerobic power in combination with a technical content of shooting and finishing. In addition, players get a lot of opportunities to practice 1v1 situations and decision making when to shoot. Organisation of the exercise ensures it is engaging and enjoyable for almost every player! 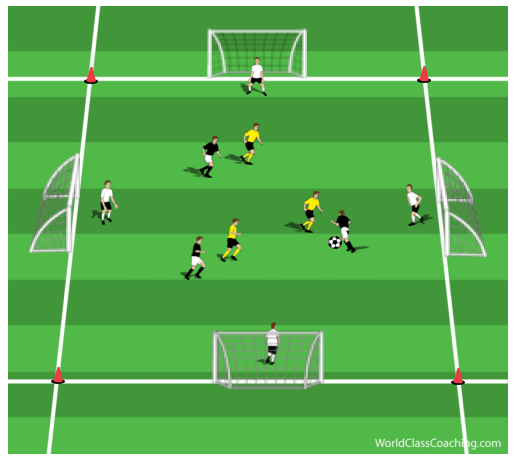 Organise a square of approximately 25x25 yards. Set up a goal on each side of the square. Divide the team into two groups of three. Place one goalkeeper in each goal. Prepare supply of balls in each goal ready to use.

One team starts as the attackers and second one as defenders. Goalkeeper (coach chooses which) plays the ball into one of the players from the attacking team. The aim of the team in possession is to score into one of the goals (but not the one from which they have received the ball). 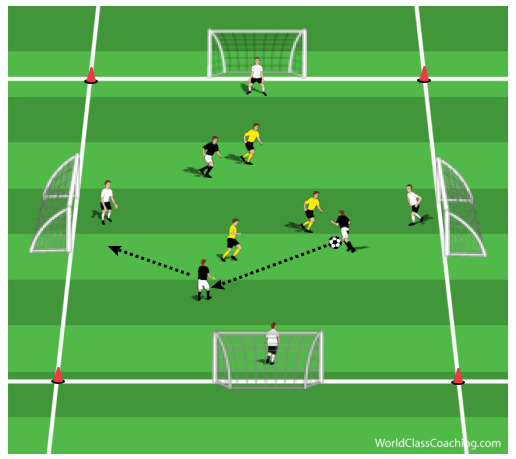 After the goal is scored, the game is reset from the goalkeeper positioned in the opposite goal. The same team stays in possession. 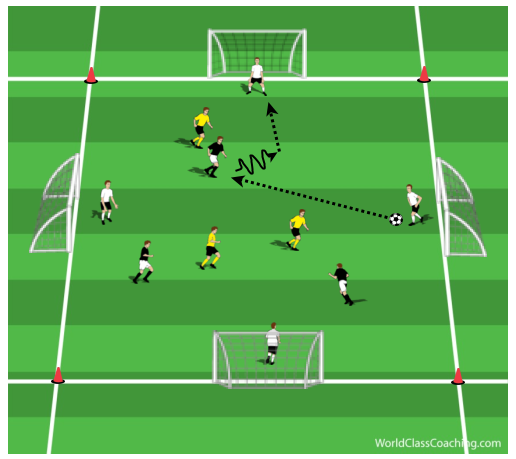 If the defending team wins the ball, their aim is to score into one of the goals. If they do so, they stay in possession and the game continues from a different goalkeeper. 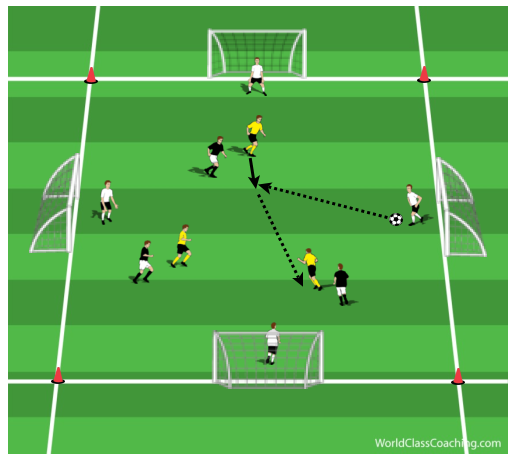 The game should continue for 3 minutes and be repeated 6-10 times in 2 series with 1-3 minutes active rest between repetitions and 4 minutes between series.