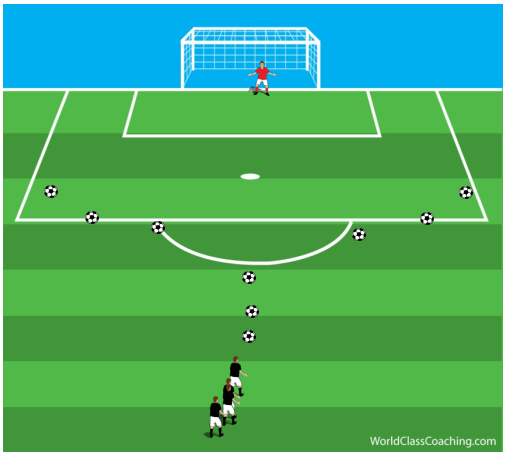 The first player starts by sprinting to the first ball and jumping side to side over the ball 6 times. 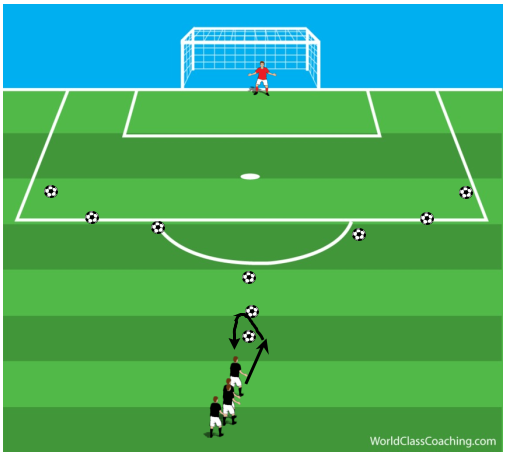 The player then runs to the next cone and does the same while the next player in line goes to the first cone. 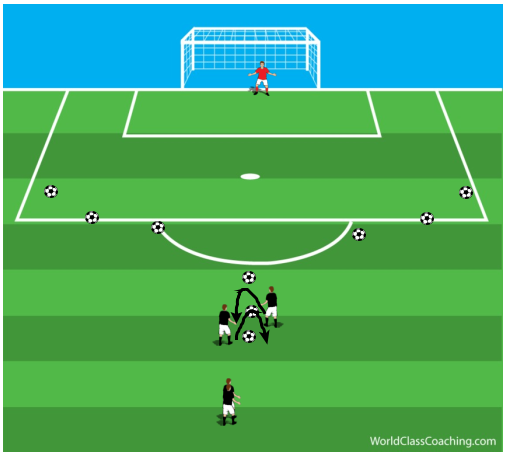 The players then go to the next ball and the third player joins in. 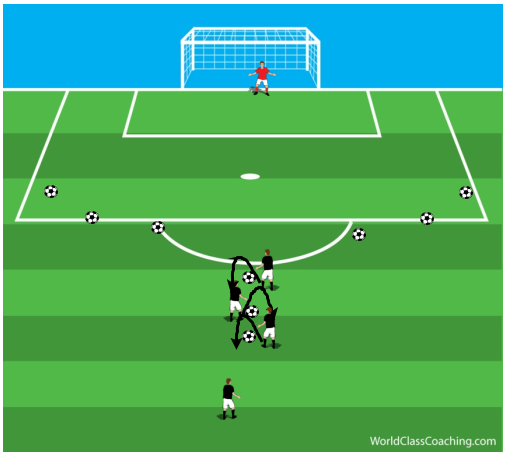 The first player then sprints to the first ball on his right and shoots a first time shot, while the others move up. 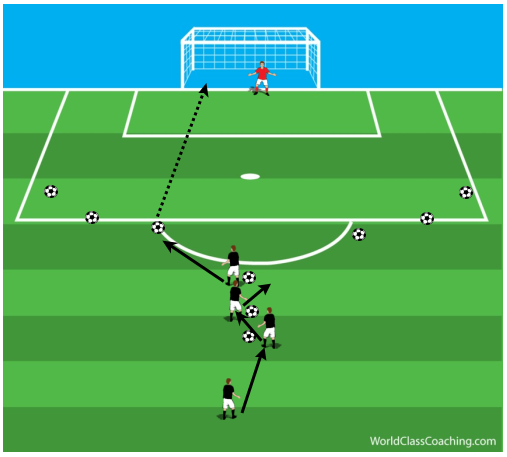 The next player to shoot will sprint to the first ball on his left and then the following player will shoot to the second ball on the right etc.

The idea here is to get quick jumps, move forward, get more jumps in and then when it’s time to shoot, get the steps correct for a good shot on goal.

Another option is to have a server near the last ball in line and the server plays a simple ball for the shooter to run onto and hit first time. 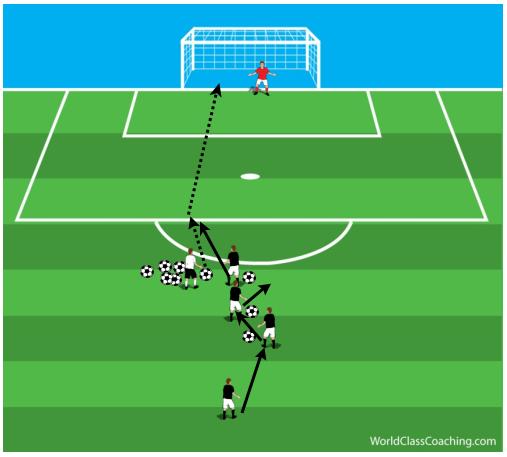 The advantage of using the server is it forces the players to hit a moving ball.

Other options are to have the players take touches on top of the balls or on the sides of the ball, as opposed to jumping over the balls.

As soon as a player shoots they must retrieve their ball, get it back and get back to the line to be ready for their next turn.

Attacking in Numbers Up Situations

Passing, Receiving, Quick Turns and Movement Off the Ball

Distribution with the Feet

Positioning in the Goal