This circuit is focused on improving anaerobic endurance – the ability of a body to produce high quality actions throughout the whole match. The organisation of the practice is rotational. Players are constantly involved and rotate between different exercises in a circuit. All of the exercises should be football specific and if needed, adapted to the needs of the team.

Organise four cones and four exercise stations between them as shown in the diagram. In this example, there are following exercises: dribbling square, ladder, shooting, sprinting slalom with one-touch passing. On each of the four cones, there should be a minimum of 2 players. Rotation can be in a clockwise or anticlockwise direction. It is crucial that all exercises are performed with a maximal effort. Between each station, players should jog in a slow tempo. 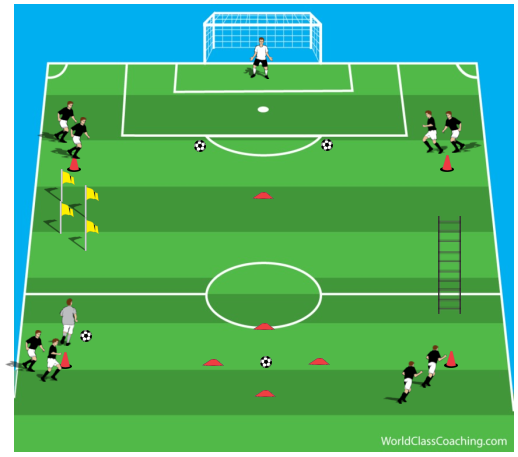 On the coach’s signal, one player from each group starts the practice on each station. Following instructions apply to each exercise: 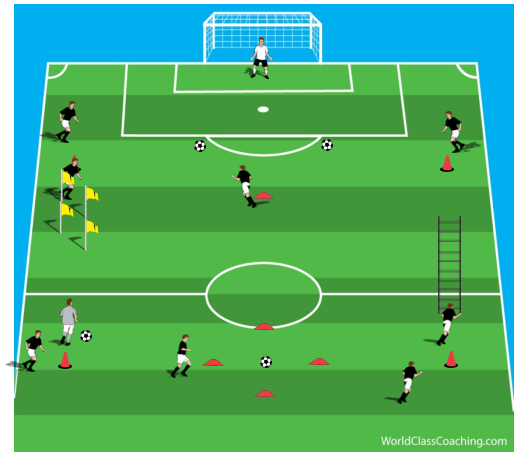 As it can be seen on the diagram below, second player waits until the first one finishes the exercise. Players rotate in a clockwise or anticlockwise direction. 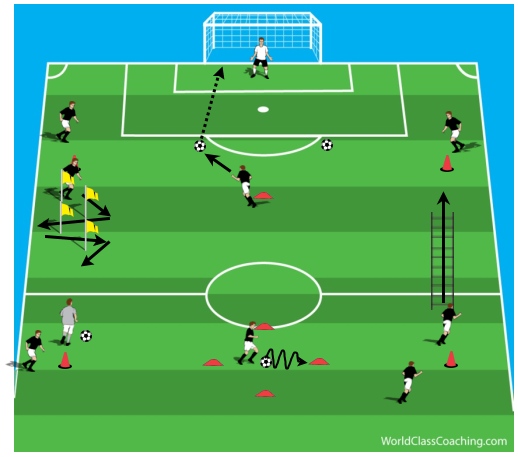 Work and rest periods management is crucial in this exercise. Players should perform each exercise with a maximal effort and then actively rest in between. The distances between each exercise should enable players to do so automatically (suit it to the group characteristics). 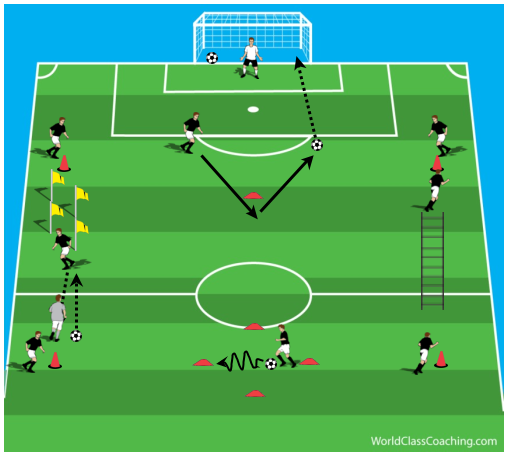 Work on each station should last up to 4-5 seconds. Between each exercise players should have 10 seconds rest (slow jogging between stations). The circle should be repeated twice, then 4 min. of rest should be applied. In all, players should go through 2-4 series (each series consists of 2 complete circuits).