The focus of this session is to encourage players to find and use space. Identifying where the space is, the timing of movement to get into the space, the using the ball when receiving in the space.

Working on identifying and using the space when looking to receive the ball. Timing of movement and awareness of next movement once the player has received the ball 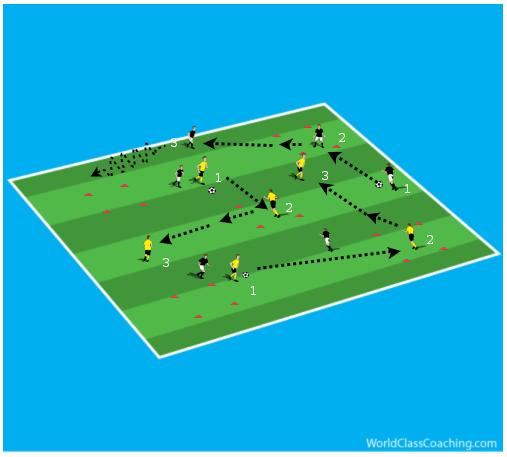 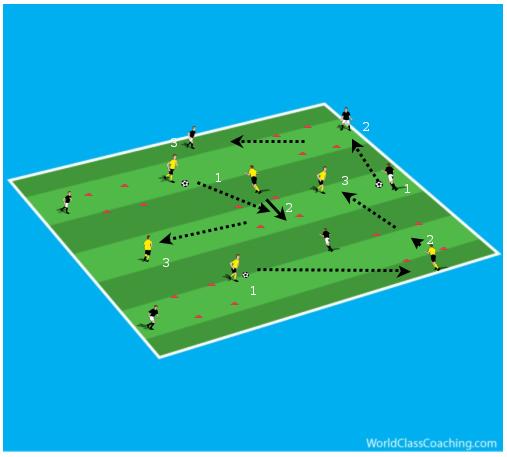 The same set up as the previous sessions, however the players are now receiving the ball outside the square, taking their first touch into the square. As mention within session 1. The coach can start the session off as a handball exercise to get the players understanding the movements.

The next progression is to take this into possession game. Within the game the objectives of using the squares as space to for players to move into and take their first touch into are continued. Obviously with it being competitive it challenges the players awareness, movement and timing. Although we are looking at finding and using space players defending need to track and deny space. 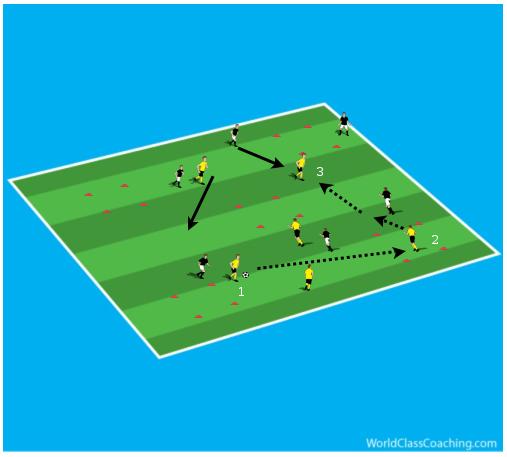 The next stage is to implement within a possession game. Focusing on the link between 3 players, looking at creating that triangle that exists all over the pitch. 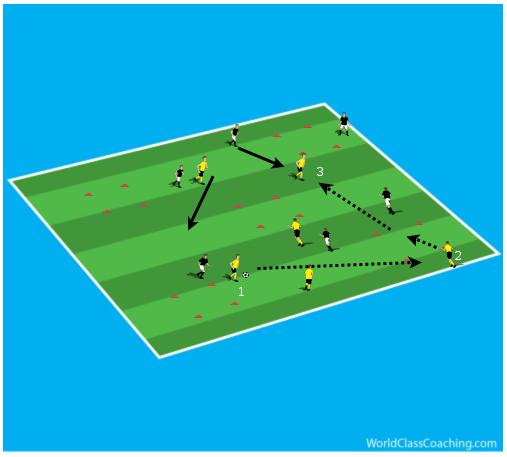