This practice focuses on developing an ability to produce more actions during the football match through developing aerobic energy system. Due to man to man marking scenario, the players will need to show strength as well as balance on the ball. From the technical and tactical point of view, it incorporates movements off the ball, quick combination play as well as finishing. The game is challenging and exciting for the players due to 1v1 battles and loads of ball rolling time. It is suitable for almost all ability levels, ages and experience stages of the players.

Organise a pitch of approximately 25 x 35 yards, divide it into three zones, with the middle area being at least 20 yards long, place two goals on the opposite ends. Divide the team into two groups of 4, organise goalkeepers in goals. One player from each team is locked into the zone next to the goal and is a ‘playmaker’ who can’t be pressurised. Nobody is allowed into the ‘playmaker’s’ zone when he’s in possession. The rest of the players are positioned in the central area and form a 3v3 situation with man to man marking. 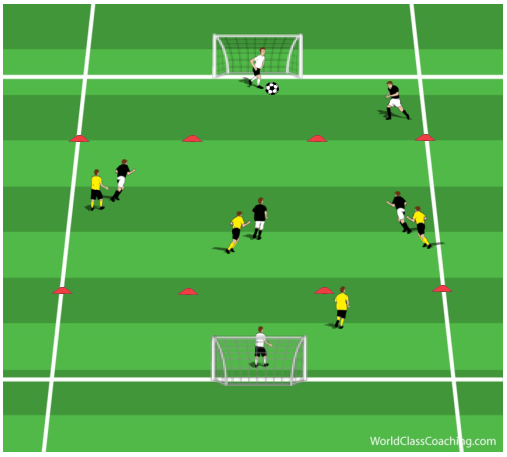 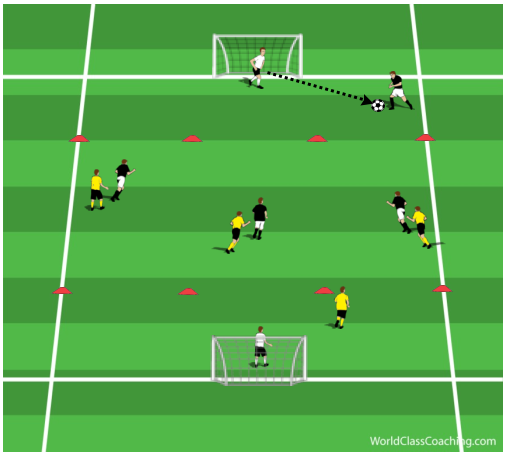 Players positioned in the middle will try to make movements off the ball and receive it from the ‘playmaker’. Players are not allowed to go into the ‘playmaker’s’ zone when he plays out from the back. Man to man marking will challenge the attacking players to make constant and sharp movements to receive. 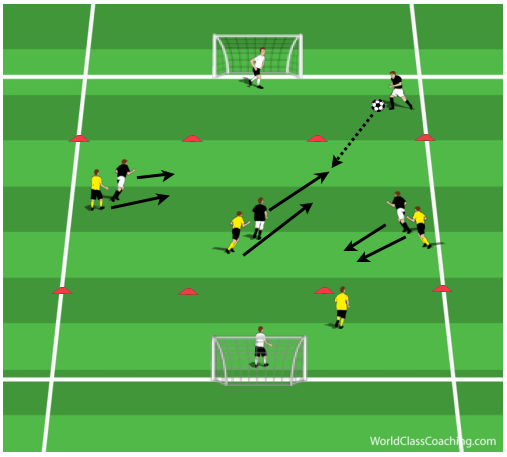 Upon receiving, the middle players try to combine and break through the opposition to score. Players are allowed to go into the ‘playmaker’s’ zone which is positioned on the attacking half, but as soon as the opposition playmaker gets in possession, they leave his zone. 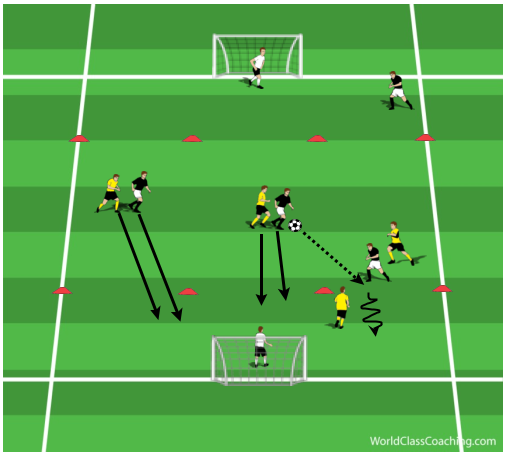 The game should be played up to 3 minutes and repeated 6-10 times in 2 series ensuring the intensity is around 80% max. The rest period between repetitions should be 1-3 minutes and between series – 4 minutes.