This is a progression of last week's 4 v 2 into a 5 v 2. You can also think of it as a 4 + 1 v 2 since the fifth attacker is playing in a central role in the middle of four attackers.

The game works on a number of important aspects of the game:

In this exercise, the offensive aspects to be worked on are:

The defensive aspects to be worked on are: 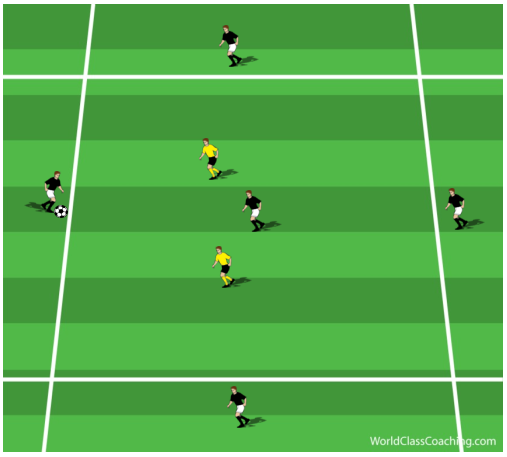 The basic movements for the outside players without the ball are the same as last week's exercise. The movements of the central player who is responsible for creating the 'third man option' will be the focus of these exercises. 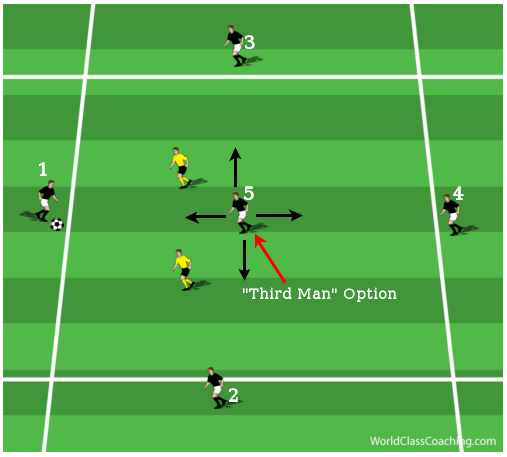 In this case, player nº 5 will always have to move to an empty space, creating a secure passing option for the player who has the ball or opening spaces for another passing options. He hopes to attrack one or both defender with his movement. 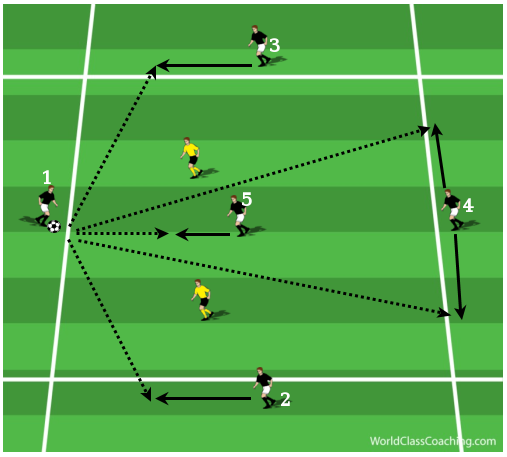 Player nº 5 has to read the game quickly. He needs to see where his teammates are going and try to search for a new space inside the area, giving the best option for a pass or creating empty space that can be used for a pass that maintains possession.

If Player nº 5 movement is poor it can be harmful to the rest of the team because it can help the defenders recover or intercept the ball.

The Attackers  exchange passes between them trying to maintain possession. They are not allowed to enter the game space.

The Defenders try to intercept a pass and maintaining possession in order to exchange places with the attacker who lost the ball.

Only the defender who stole the ball changes places with the attacker who lost the ball.

This exercise can be used as warm up or during the main part of the training session. 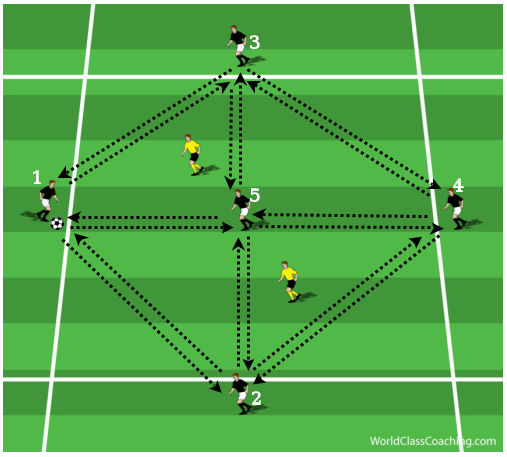 You can free the movement of the attackers, without a central player, allowing them to enter at the game space and move around it. 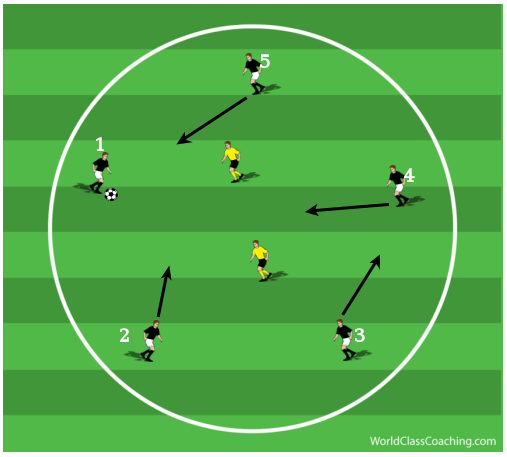