This exercise is focused on developing dribbling and decision-making skills altogether with Anaerobic Endurance. Games containing 2v1 scenarios can be used as a progression to 1v1 situations. That places additional demand on players: decision making – dribble or pass? The organisation of this practice allows players to develop physical component of Anaerobic Endurance. That ability is responsible for producing high quality (speed and strength) actions throughout the whole match.

Set up and directions:
Set up a rectangle of 30x15 m., divide it into three areas as shown on the diagram. Organise the team into groups of two players. On one rectangle, there should be three pairs practicing. Two pairs start on the cones opposite to each other, while third pair stays in the middle: each player between two middle cones. There is one ball needed for a group, however, additional balls should be ready around the area. 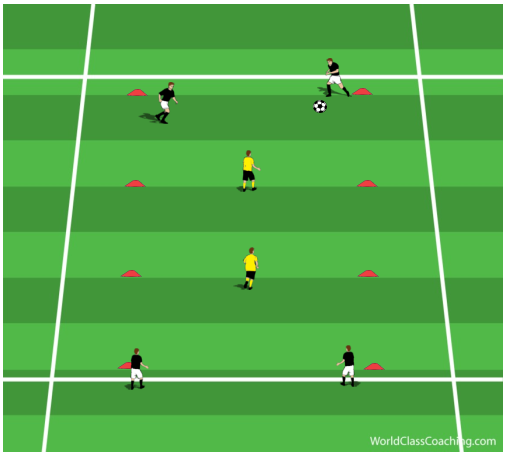 The game starts on the first touch of the player with the ball - he can either dribble or pass to his partner. The aim of the pair with the ball is to dribble through the middle area and get to the other side of the rectangle. Each defender moves only in a line, between two designated cones. 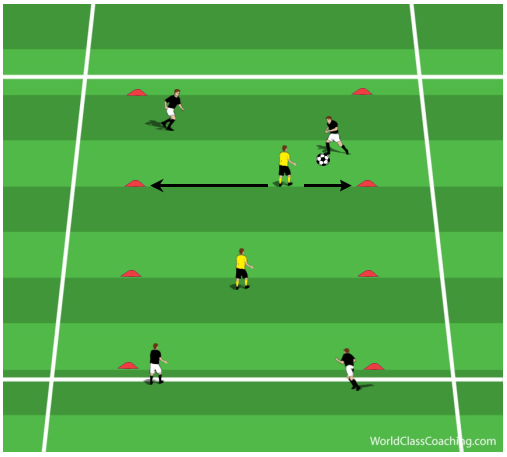 As we can see on the diagram below, if the pair successfully gets past the first defender, there is second player ready to get the ball in behind! That situation requires technical skills as well as decision making: shall I go by my own or use my partner? 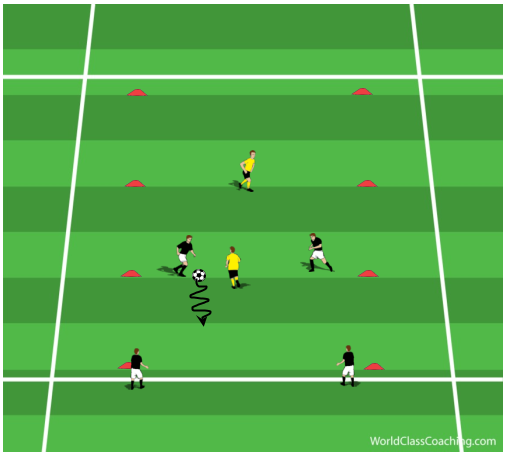 After the attacking pair gets past the second defender, the ball is passed to the players waiting on the other side. They have the same goal to achieve. If the ball goes out of play, second pair starts the practice again. 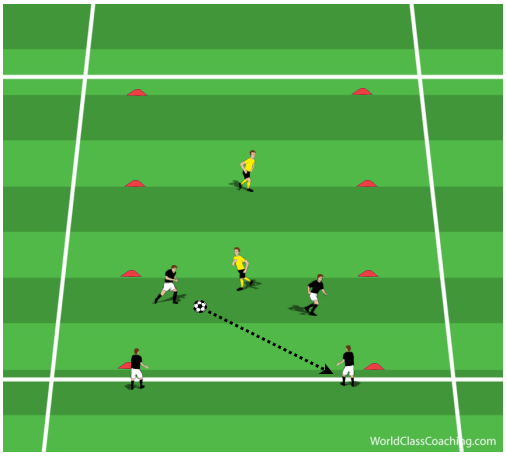 Players that just had a go, take place of the players who are now attacking. If defenders manage to get the ball in the middle, roles swap: defenders become attackers and take their position, and attackers become defenders. 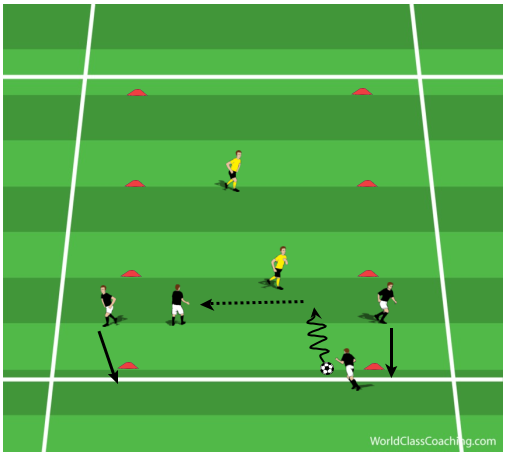 As a progression, two defenders can also defend only in one area: between four middle cones. That makes the situation harder and stretches attackers to deal with 2v2 scenario. 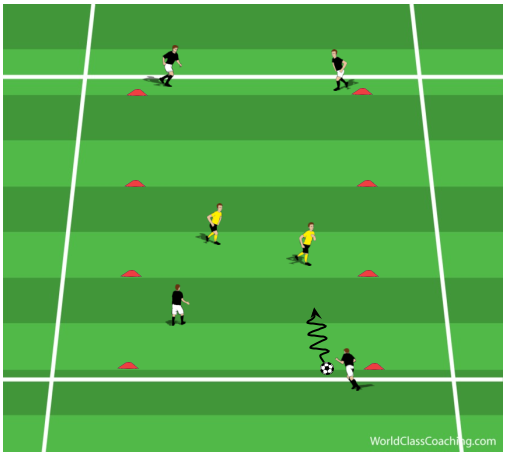 Timing:
Duration of each 2v1 situation should be approximately 5-6 seconds. Each pair repeats the exercise 6-10 times in 2-4 series. There should be up to 10 sec. rest between each repetition and 4 minutes rest after series. That time can be used for other, low intensity practices.