This activity works on finishing, passing, one-touch play and goalkeeping. 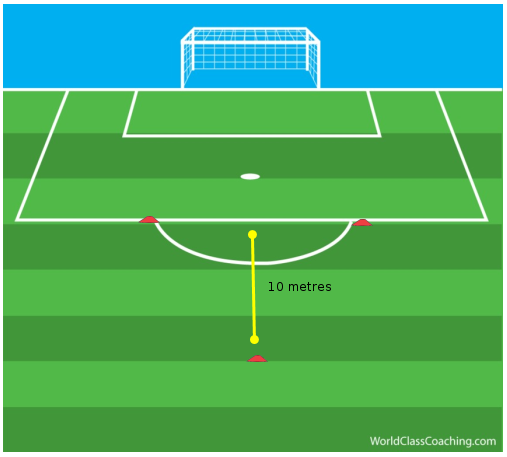 To start this activity, all of the balls should be placed on the “left” cone and the team should be broken up into three different groups with each group being assigned to a different cone, respectively. Goalkeepers are in the goal and are tending the net full-out! 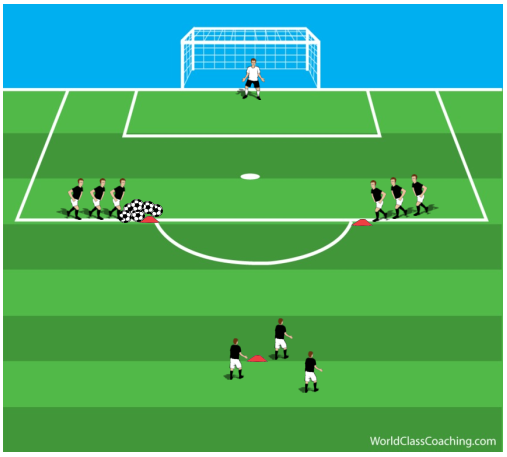 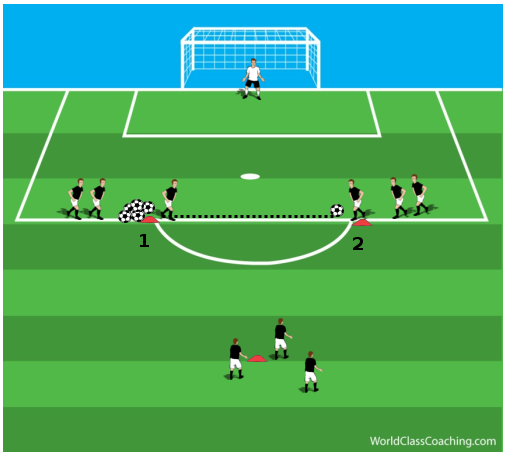 This player then follows their pass at a moderate to quick pace across the face of the goal from cone 1 to cone 2; which is where they initially played the ball. 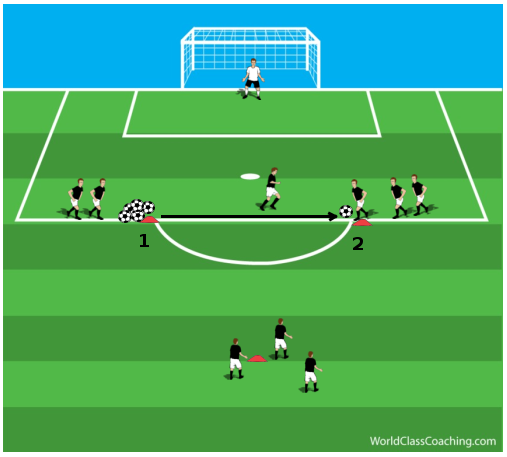 At the same-time this is occurring, the first player in line at cone 2 should lay the pass off with one-touch back in the direction it came but more negative and at a slight angle so as to fall into the stride of the first player at the third cone (3). This player should be moving forward to strike this one-touch lay-off on goal first-time. 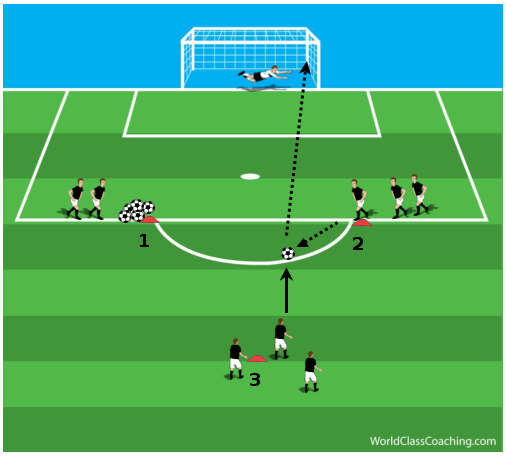 As soon as a shot is taken the next pass should be played immediately across the face of the goal and the cycle continues.

Players rotate as follows:
A.) Cone 1 plays square ball to Cone 2 and follows their pass across the face of the goal ending up at Cone 2.
B.) Cone 2 lays the pass off one-touch for the shot and then moves to cone 3.
C.) Cone 3 strikes this lay-off first-time, collects their stuff and then begins the process at Cone 1. 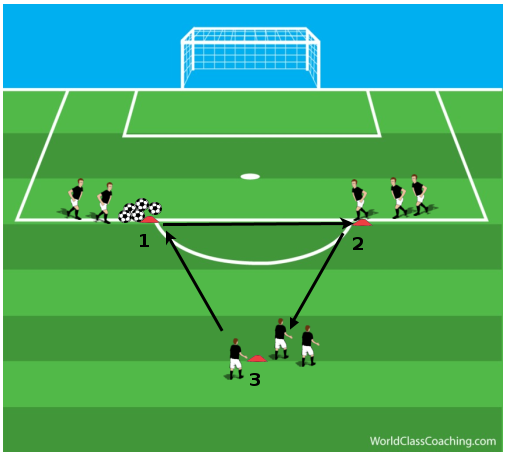 Make it a competition where each team gets two minutes to run through the shooting pattern and score as many goals as possible. Each goal scored counts as one point. However, in order to emphasize the focus on keeping all shots low and on frame, any shot that is caught out of the air (before it hits the ground) and behind the end line by the opposing team who are positioned behind the goal will earn that team a point. So, each team can earn points either shooting or being behind the goal.