Changes of Direction and Anaerobic Power

This exercise is focused on improving speed of acceleration and change of direction in a dribbling scenario. That will help players to produce better quality dribbling and 1v1 duels in the match. Competition between two teams in this practice keeps players engaged and motivated.

Set Up and Directions
Set up four gates and starting positions as shown on the diagram. Divide the players into two groups and organise them on the opposite cones. Every player needs a ball. First two players step forwards and stand in between two cones, facing each other. One of the player is a “leader”, second one follows. 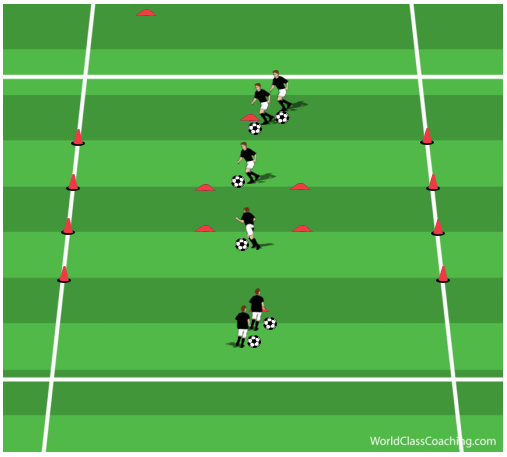 A “leading” player, starts dribbling and changing direction in between two cones. There should be a limited amount of changes of direction that can be used (2-3). A second player has to mirror his position and movements. 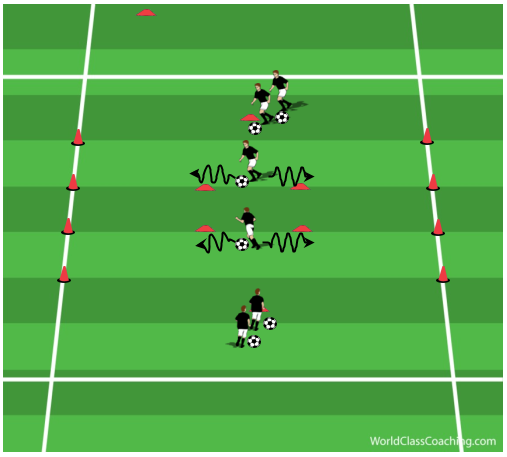 When a ‘’leader’’ loses his ‘’follower’’ or runs out of the options to change direction, the goal is to dribble as fast as possible to one of the gates placed on each side. First player to the gate wins the race and a team gets a point. 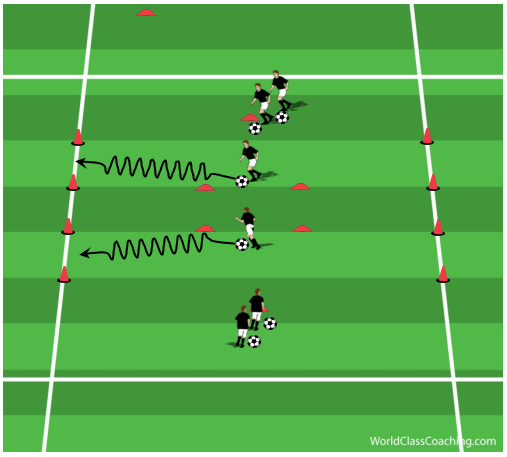 Timing
Each repetition should be performed on a 100% intensity and last no longer than 6 seconds. That should be repeated 4-6 times with 1 min. breaks in between (5-6 players in each group should enable that automatically). The exercise consists of 1-2 series with 4 min. rest in between them.

Running with the Ball Relay Race

Change of Direction with Increasing Pressure