This practice is focused on developing sprinting ability through improvement of anaerobic power energy system. It is based on combination of simple technical component of dribbling and ball manipulation around the cones with a pass followed by a sprint. The practice can be adapted in many ways to suit individual and group characteristics. It can also be progressed into a competition when two teams compete to finish first.

Organise cones in a slalom shape 1 yard apart from each other. Number of cones as well as the amount of groups needed can be adjusted. Divide the team into two groups of min. 3 players and organise them at the beginning of the cones. All players in the group except the last one have a ball each. 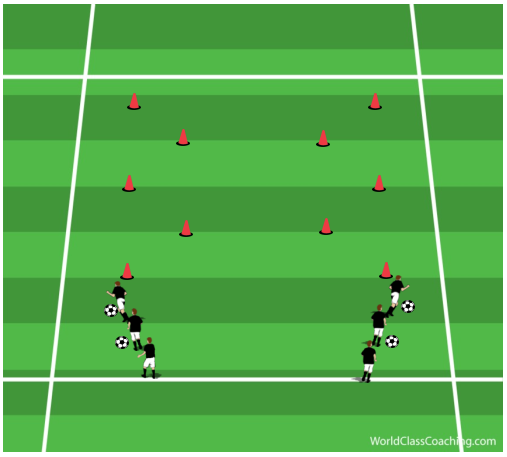 The practice starts with a first player in the group dribbling around the cones keeping the ball close to his feet. This part of the practice should be done with a focus on accuracy, not speed (unless it’s a competition). 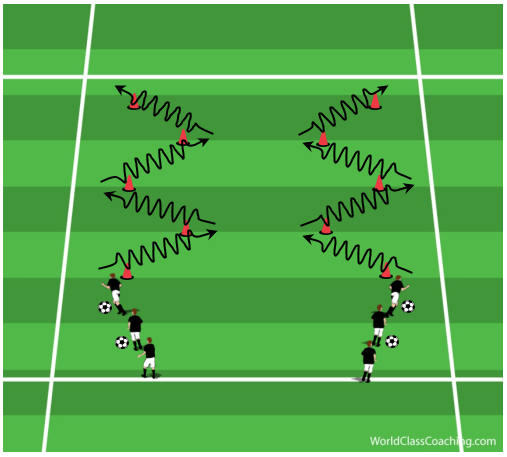 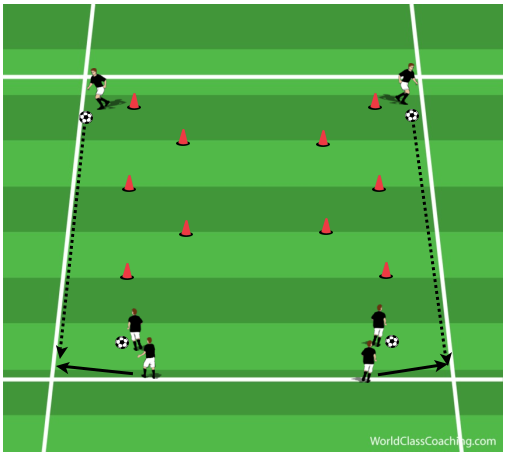 As the pass is being played, the player who just played it sprints to the player who receives the pass. The emphasis is to make it as quick as possible with maximal intensity. 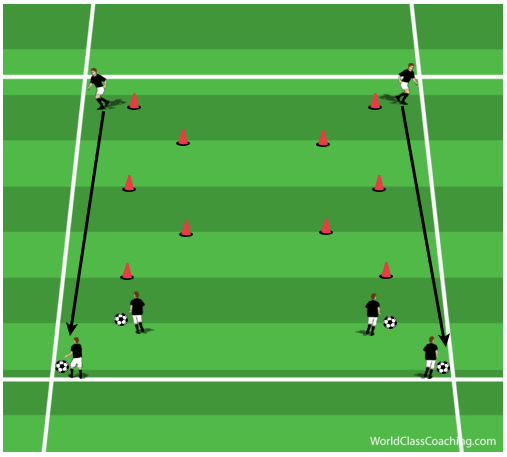 Timing:
Each player should repeat the practice 8-10 times in 2-4 series with 30 seconds rest in between repetitions and 4 minutes rest between series.