Diving shape is a key component of making a successful diving save. Part of this is the ability to attack the ball when making the save. When a goalkeeper makes a simple save whilst standing with the ball shot straight at them at chest height, they are encouraged to catch the ball with their arms out in front of them slightly bent at the elbows and, flexing their elbows when catching the ball to act as shock absorbers.

Attacking the ball when diving is just as important. 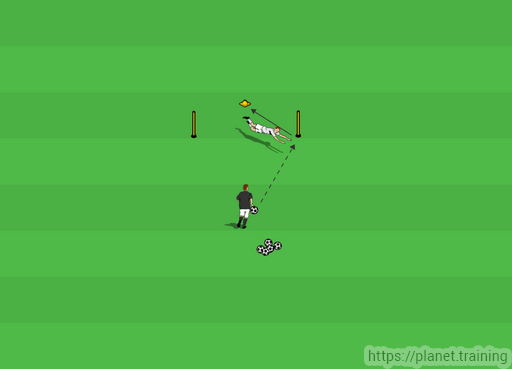 Set Up
• Goalkeeper starts on one of the poles looking at the server.
• On the servers call the goalkeeper quickly moves to touch the cone behind.
• As the goalkeeper touches this cone, the server kicks or rolls (age and ability level dependent) to the cone that the goalkeeper has moved from (keeping the ball below waist height)
• Perform 4-6 repetitions either side.

Progression 1
Same set up as above however, the server can play the ball to either pole.
• Perform 4-6 repetitions.
• Be ready for second saves. 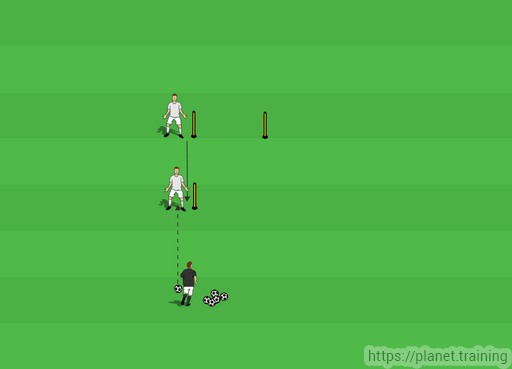 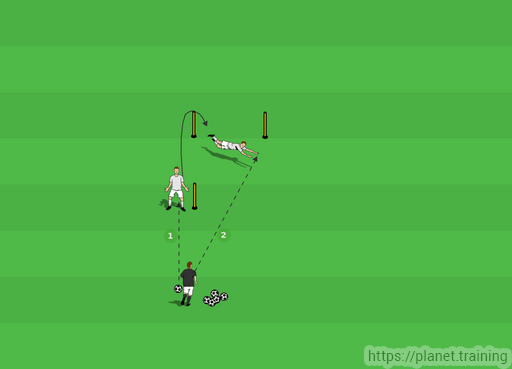 Coaching Points
Emphasis throughout these drills has to be on the goalkeeper’s awareness to attack the ball in the diving save using upper body momentum (both hands, shoulders & head towards the ball), and lower body drive with a small step and push off the front leg (lower body drive).